Electronic Motorcycles Are Now Introduced In Pakistan And Fawad Chaudhry's Efforts Are Paying Off!

Along with technological advancement, humans also adjust to timely changes in world nature in terms of growth. No one can deny the fact that the first world countries are way forward in technological advancement as compared to the rest of the world. From last few years, the third world countries have also joined the race and are putting in sheer efforts to play their part in the cleansing of a toxic atmosphere.

PTI and its take in the field of science and technology!

Undoubtedly, along with breath-taking beauty and landscapes, Pakistan is filled with intelligent minds who at times stun the world with their exceptional inventions. Under Prime Minister Imran Khan’s mature leadership and Federal Minister of Science and Technology Fawad Chaudhry’s esteemed efforts of keeping the nation first, the country has seen several major changes in the field of science and technology. 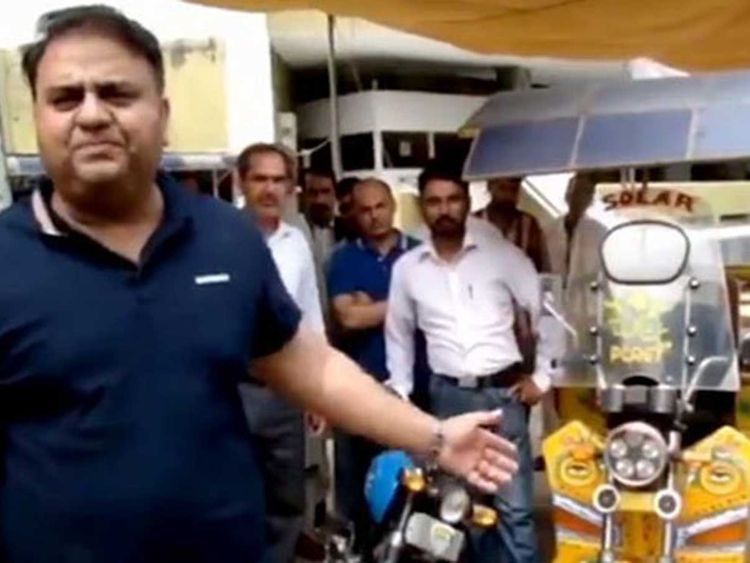 The event was covered by several local news channels!

The electronic motorcycle will give 70 kilometers in one charge!

According to sources, electronic motorcycles will give 7o kilometers after being charged once. In the expo, several other technological elements were also revealed but the electronic motorcycles stole the spotlight. Science and Technology Minister Fawad Chaudhry also visited the event and showed interest in increasing the manufacturing of these motorcycles and even convert the existing motorcycles on electric batteries so that the toxic polluted air can be decreased. The launch of new technology was highly praised by Pakistanis and they are definitely ready to support the government.

Check out: Fawad Chaudhry Gave A Befitting Reply To An Indian Major On Twitter And Literally Shut Him Up!

This is sure a great step towards reviving the dead technology elements residing within the country’s hidden skillset. After, so long, Pakistan has got a non-corrupt ruling alliance which truly cares for the nation and the drawbacks pulling it behind. People might take some time to adjust to the change in the environment but it is necessary.

What do you think of the new technology? Let us know in the comments below!

These Two Girls Exposed A ‘Sexist’ Online Group Made By Students Of LUMS And This Is Sick!
Abid Ali Passes Away At The Age of 67 Leaving A Legacy Behind For Us To Remember!
To Top