This Election Tweet by Government of Pakistan Is a Little Too Much and You Will See WHY! 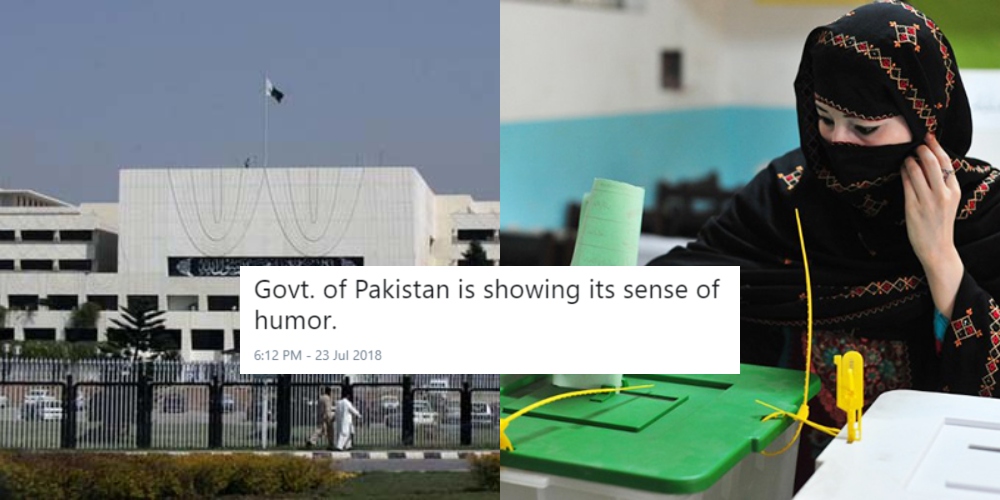 The general elections of 2018 are set to take place tomorrow in Pakistan. Fingers are crossed, opinions are surging, millions have spent on campaigns so far and it does not get bigger than this. Every Pakistani and registered voter is ready to practice their constitutional right of casting vote to candidates of their choice.

In the meantime, people are being urged to go out and vote for any candidate they want. Government and political parties are motivating people to go out and make a difference with voting for any candidate they put their trust in. Every voter is supposed to practice their constitutional right by voting on the election day regardless of whoever they support. In fact, the Government of Pakistan was up to something yesterday in order to motivate Pakistanis to vote but looks like, they went a little too far…

Here’s the tweet by Government of Pakistan; let that sink in…

Although the tweet was removed shortly after there was an uproar on social media. Pakistanis were quick to notice the apparent detail which left everyone to either laugh or scratch their heads in embarrassment. 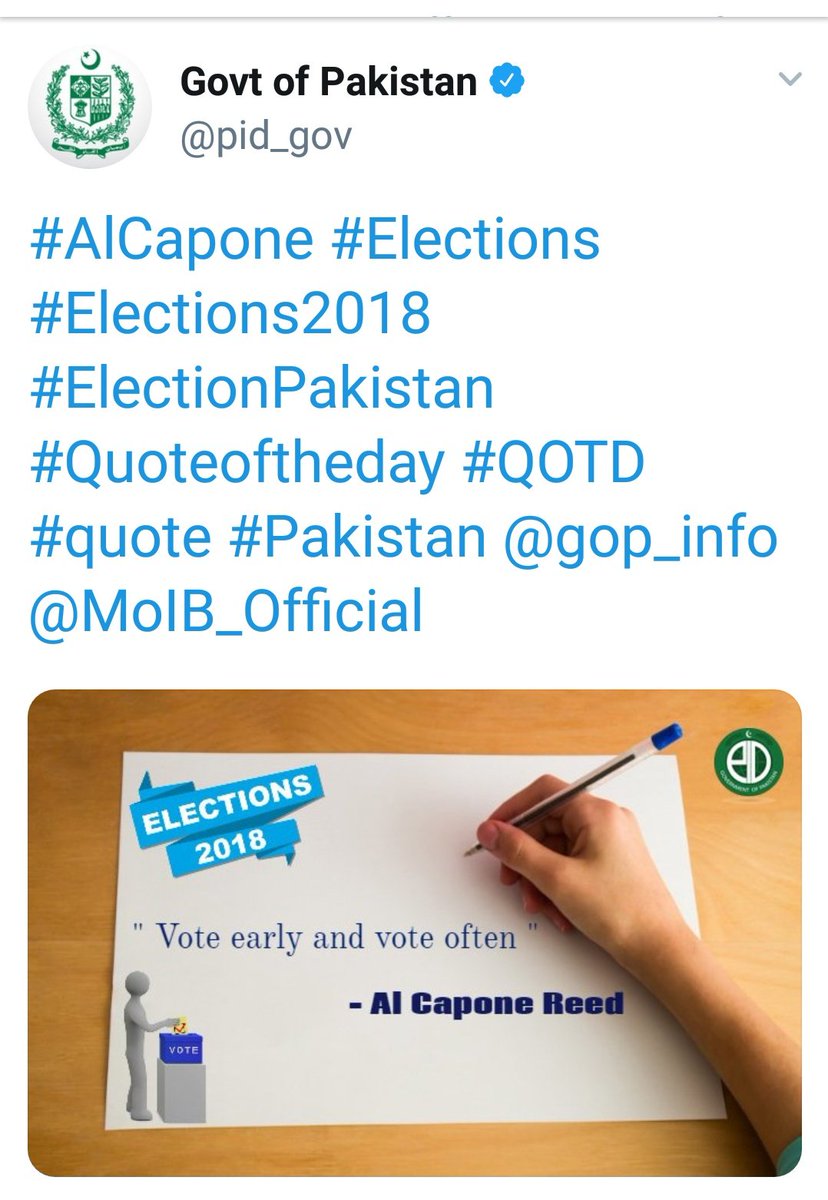 We assume you know who Al Capone is. If not, then Google is just a few taps away. He is one of the most popular drug lords of South American who amassed a fortune from his illegal business. He was also on the watch of many international agencies and one of the largest outlets carrying out drug supply all over the world.

And here we go, the reaction of people over such a tweet!

What kind of bafoonery is this?! Vote often?! In one day? English nahi ati toa na post karo! Sending confusing msg from official account! Ur embarrassing us! Delete this msg pls!

These antics are seriously unbelievable!

This wins the internet today ???

Seriously, of all the quotable quotes, then had to use this one

Do you even know Al Capone, and the reference of this phrase? Coming this from an official account of government is embarrassment for all.

Haha please delete this. This implies that voting is corrupt. XD

Guess it was somebody’s last day on the job or an intern doing intern things!

Govt. of Pakistan is showing its sense of humor.

You cannot go about this behavior on social media. This is a Government-level-FAIL and we may not forget it any time soon.