Fashion designers exploiting workers is no news to us. Every now and then we get to hear about some big brand exploiting its workers. However, an employee using the preconceived notion for his own gain is certainly new news!

Pakistan’s renowned designer Khadijah Shah, the owner of Elan and Zaha turns out to be accused of false allegations. Recently, an employee of the biggest brand of Pakistan, Elan, shared a video on the internet where he accused Khadijah Shah of torturing him and other workers. 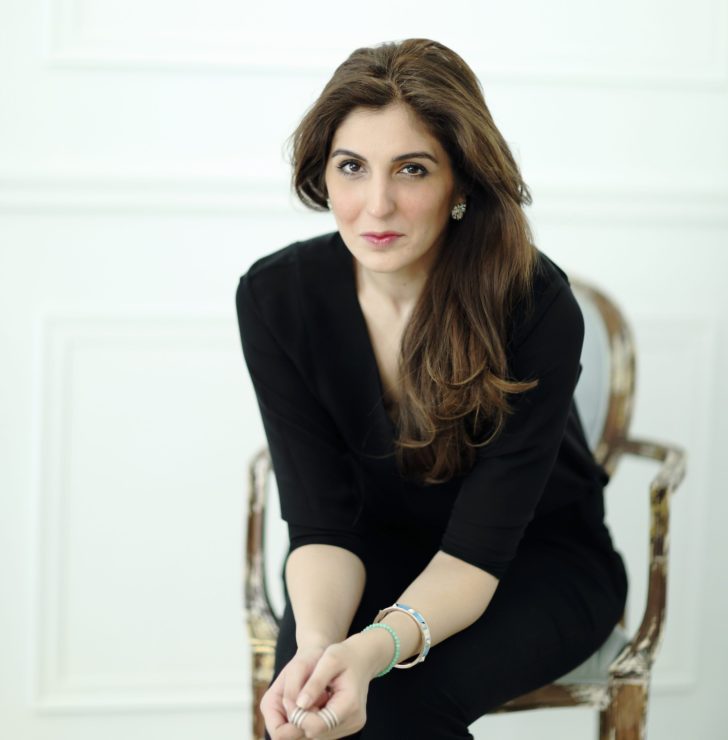 From the looks of it, Khadijah Shah has become embroiled in a scandal as one of her employees shared a video online. In the video, the man claims that he, as well as 114 other employees of Elan, are held against their will in one of the company’s warehouses.

In addition, he claims that all the employees are imprisoned for the past six months. According to the man in the video, Khadijah Shah has not paid the employees for two months. In fact, not only this but they are also not allowed to leave the warehouse at any cost.

The founder and creative director of the luxury Pakistani brand Elan, charges her clients in lakhs- how difficult is it for her to pay her workers?

The so-called ‘poor guy’ pleads for the lives of his colleagues.

The video went viral on social media and is circulating on the Internet. In addition to this, people are calling out the designer and demanding action to be taken for the employees.

Khadijah Shah was quick to discredit all the allegations. The designer to it to her Instagram and revealed the reality of the man in the video. She talks about how the man had stolen from her and seeking revenge for being sacked.

While breaking the silence on the matter, Khadijah Shah said that:

“This guy in the video accompanying this slanderous mass msg is with the police after having stolen over 7,000 pieces of Elan lawn.”

Here are some screenshots of her Insta story 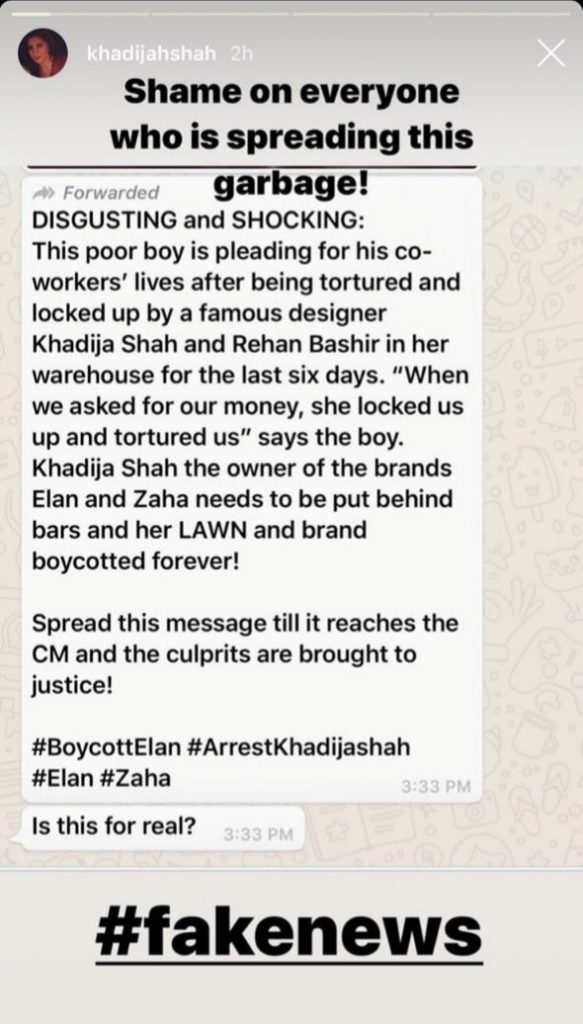 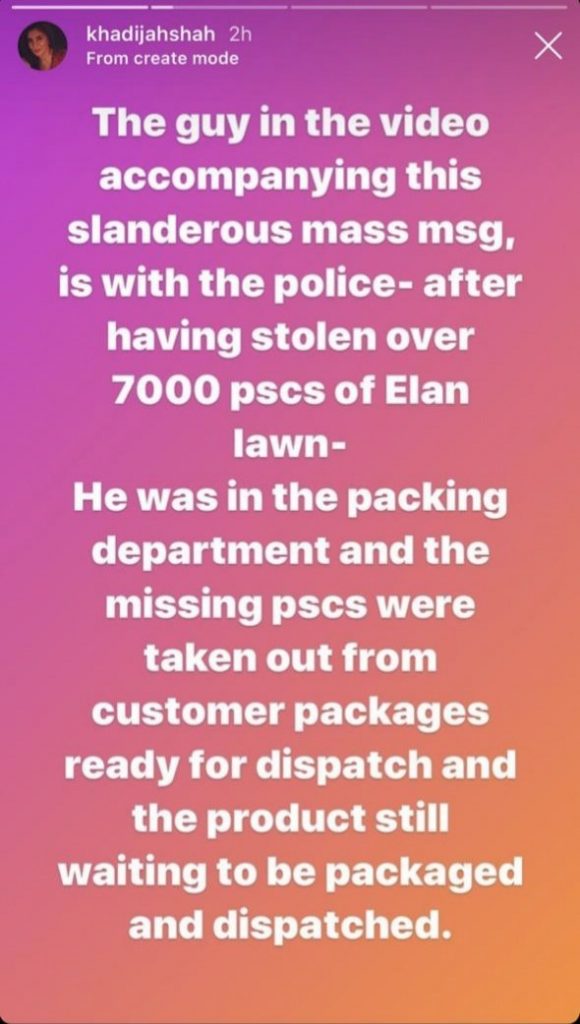 Additionally, she adds that she only found out about this after the brand received several complaints from customers about the missing pieces from their orders.

Apart from this, the designer claims that the guy released the video on social media only to blackmail the brand. Moreover, she also claims to have registered an FIR against the man in the video.

The employee has now shared another video that is circulating online. In the video, the man claims that the brand has apparently reached a settlement with the employee. He says, “The video that I posted in the morning about the Elan brand is fabricated. The designer Khadijah Shah is not at all how I talked about her. I sincerely apologize for whatever I said earlier. It was all a mistake. There is no such thing happening inside the Elan warehouses. I had some issues with the later which are solved now.”

Read More: What Is It About These Pakistani Fashion Designers That Makes Them So Famous?

SZABIST Working And Performing Online Amid COVID-19
After LGS, Female Students Call Out KIPS & University Of Punjab Teacher For Harassment
To Top