“Ek Thi Marium” - A Tribute to the unsung Legends 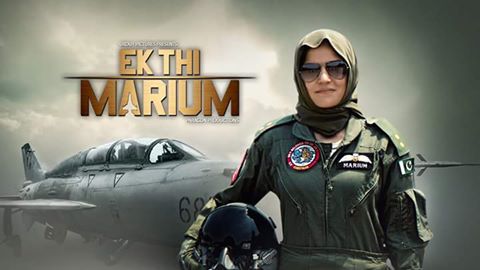 Just when we began to lose faith in the Pakistani drama industry and its never ending stories encircling the overly victimized ‘bechari’ aurat, and stereotypical portrayal of society. The biopic ‘Ek Thi Marium’ has managed to revive our faith, sharing a story that actually deserves to be told.
The 120 minute long telefilm has struck all the right chords to connect with the audience. It walks viewers through the journey and struggles of Marium, the young aspiring cadet to an accomplished GD fighter Pilot portrayed by the very versatile actress of ‘Dastaan’ fame Sanam Baloch.
The whole project from the screenplay, acting and direction has been done impeccably well. With aerial shots and cockpit scenes keeping the much needed realistic aspect of the biopic alive.

As civilian, you can’t help but associate an alienated feeling towards officers in uniform. Their discipline, demeanor, attitude is just so daunting that there’s an unspoken gap between them and us. And we never really seem to understand how they can live so selflessly and courageously. But the story of Ek Thi Marium takes you on the back-foot of that courageous face and shares the struggles, doubts and hesitance they go through to reach the exalted stature we finally see.

Ek Thi Marium is the story of Marium Mukhtar – The first female Pakistani Air Force Pilot to gain martyrdom in the line of duty. Her story is of a very believable and relatable character of a young girl from Karachi, whose decisions, efforts and struggles made her the pride of the nation. As she makes her journey to her inevitable end, we see the many shades of her developing character – We see her obedience in conforming to her parent’s wishes and seeking admission in Engineering. Her self-exploration in realizing that what she truly wants is to become an GD fighter pilot. Her bravery, efforts and her struggles amidst her training, and even her weak moments as she breaks down in front of her mother. 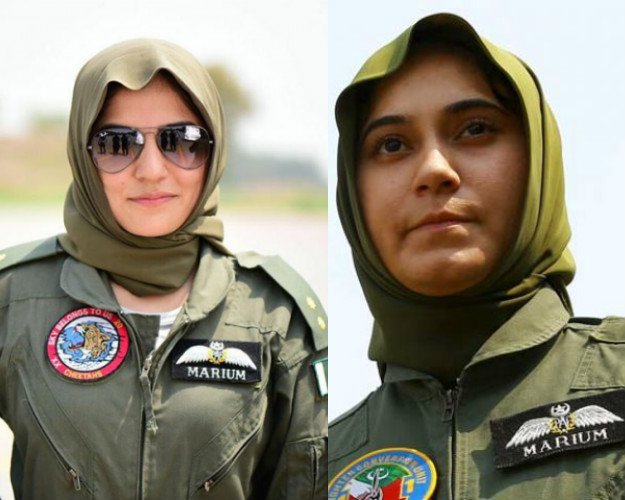 Marium was not a hero that was born. That would be an insult to all her efforts and sacrifices. Marium was carved and polished to become the extraordinary person she was; worthy of the honorary martyrdom she received! Her journey and her actions reflected the courage and selfless honor our soldiers and officers continually carry with themselves in their line of duty. The acclaimed director of ‘Manto’ Sarmad Khoosat has managed to do it all again, with each scene of this film being deeply moving and captivating which was beautifully written by the famous novelist Umera Ahmed.

Sanam Baloch’s performance was nothing short of brilliant, as her fans expected of her much awaited comeback, and Hina Bayat’s portrayal of a strong mother of a shaheed was very convincing – Her heart wrenching speech in the end stays with you much after the film concludes;

There are thousands of stories of soldier and fighters who have lost their lives in the name of Pakistan. Maybe more courageous, more dramatic or even more heart-wrenching. These stories deserve to be told to share the sacrifices that are continually made in the name of Pakistan and to rekindle the patriotism in our youth! And I am so glad we have step foot in the right direction where inspirational stories like that of Marium Mukhtar’, who truly reflect the ideals of equality and women’s empowerment are seeing the light of day!
May Marium Mukhtar, recipient of the Tamgha-e-Basalat, rest in eternal peace. Ameen

Her Crime? She Was A Girl Without Name!
Intermediate and O/A Level Students Should Start Hunting Marks Instead Of Ranting
To Top