How many times have you gone through the above-mentioned phrases? Let me guess, quite a few times, right? I don’t understand why people are so obsessed with getting their love back? And why do they not think before not using those extreme satanic ways to get them? Have you ever wondered what ways and methods they use in order to get their love back and what their status in Islam is?

It is estimated that a majority of people of Pakistan use different mantras, amliyat.. more specifically “black magic” to fulfill their needs. No wonder why so many Bangeli babas are so successful in our country.

Here we are not talking about infatuation but the magic of love  “jo sir charh ker bolay” which is known as “Sihr Al-Mahabba or At-Tiwala.”

What actually Sehar or Magic is?

Sehar is an Arabic word use to describe Magic or Witchcraft.

In Islam, Sihr is a serious crime and is considered to be Kufar. In Holy Quran, for people who practice black magic, it is mentioned:

“And from the evil of those who practice witchcraft when they blow in the knots” – (al-Falaq 113:4)

It is also mentioned that: 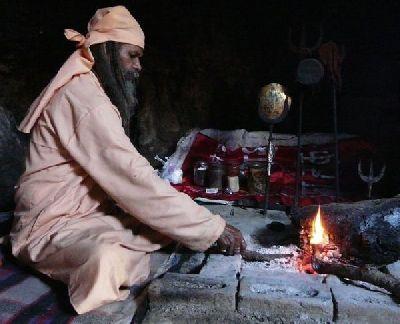 It is important to note here that ruqyah which means treatment if taken from the teachings of Satan, Jinn or demons are unlawful and considered to be Kufar but ruqyah was taken from the teachings of the Holy Quran and authentic use is lawful as mentioned in Sahih Muslim. According to Holy Prophet (PBUH) “There is no harm in using ruqyah as a means of treatment provided it does not consist of anything polytheistic.”

According to Ibn Al-Athtr, At-Tiwala is defined as a type of sihr which makes a man love his wife. The reason why this type of sehar is classed by the Prophet as an act of polytheism is because people believe in it by heart and it is exactly the opposite of what Allah has prescribed.

Following are some of the ways to know if someone effected by sehar al-mahaba or not.

Some important SYMPTOMS OF Sehar AL-MAHABBA(Magic of Love)

1.The urge of having extreme love and passion for someone all of a sudden.

3.Having an extreme desire for sexual intercourse.

4.Having an excessive lust for opposite gender.

It is noted in here that not all people with these symptoms are under the spell of love but these are the most common symptoms researched by many Islamic scholars while treating their patients. Along with these symptoms, a person who is under the sihr is in control of that particular person who is casting the spell on them! They act, react, talk and even eat according to their orders, they act like they are in a state of hypnosis.

CURE OF SEHAR AL-MAHABBA IN THE LIGHT OF HOLY QURAN:

If a person is affected by this particular spell, it is advised to them to perform ablution. They should start offering prayers five times a day and recite the following verses of different Surahs of Holy Quran:

According to Ibn Qudama, the Punishment for practicing sihr is the death sentence. This view was reported by ‘Umar, ‘Uthman Ibn ‘Affan, Ibn ‘Umar, Hafsa, Jundub Ibn ‘Abdullah, Jundub Ibn Ka’b, Qays Ibn Sa’d, and ‘Umar Ibn ‘Abdul’aziz. It is also the view of Abu Hanifa and Abu Malik.

According to Holy Prophet (PBUH):

According to Holy Quran:

“And the magician will never be successful no matter what amount (of skill) he may attain.” – (Taahaa 20:69)