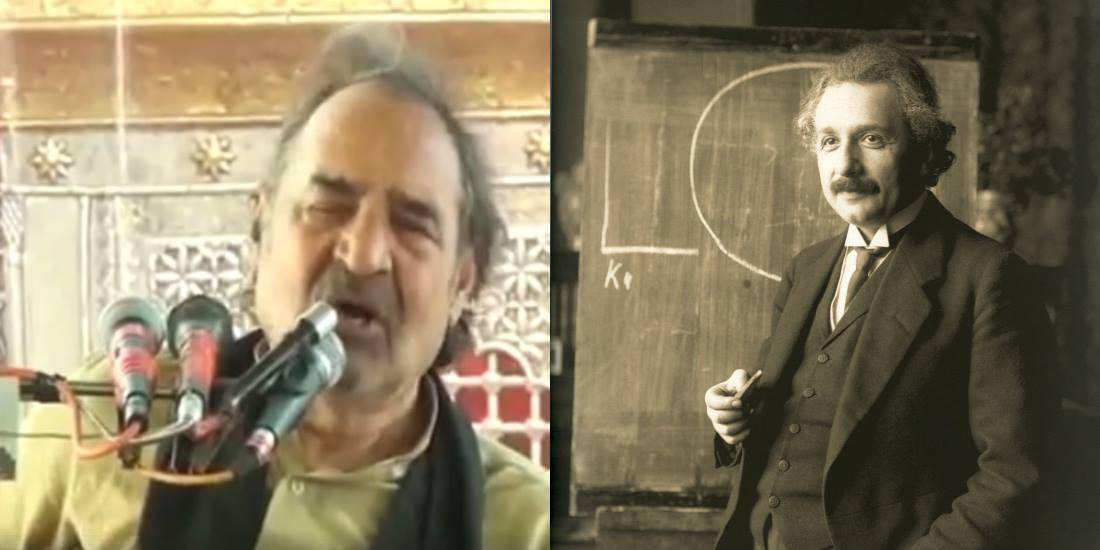 In this day and age, people make many bold and foolish claims. They say the earth is flat and that vaccines are bad for you. Both of these statements are absolutely inaccurate yet people still believe it like it’s reality.

However, this problem is very rampant in Pakistan. So-called “scholars” and “maulvis” who have no proper knowledge about religion start preaching their own version of it. A messed up version supported by poor examples that never even happened, thereby misleading their followers.

One such incident occurred only a few days ago. A popular Shiite Scholar was giving out a sermon, as is very common in the month of Muharram. But what was really special about this “maulvi” was that he gave the example of Einstein- and how he became a Shia Muslim!

Don’t believe me? Watch the video below and see for yourself:

What the hell? This guy literally just said Einstein converted to Islam and then became part of the Ahl-e-Tash’i community. WHICH IS COMPLETELY WRONG.

Einstein wasn’t just a non-muslim- he literally rejected the concept of God as stated in Islam. He didn’t believe in one God- he believed the pantheistic God of Baruch Spinoza.

Why do people use false examples when preaching Islam? There are countless real examples they can use instead.

Mike Tyson the boxer became Muslim. Muhammad Ali (the world-famous boxer) used to be a Christian named Cassius Clay. But he became a Muslim. A.R. Rehman (popular Indian musician) used to be a Hindu named Dileep Kumar. He converted to Islam as well.

So tell me- why do people feel the need to lie and come up with false examples? Islam is a beautiful religion. Preach it like it is and people will automatically start converting.