Eight Things You Never Knew About Muhammad Ali- The Greatest 1. FROM BICYCLE TO BOXING 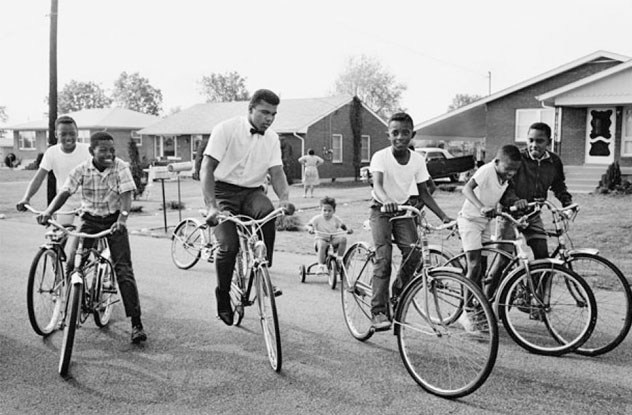 At 12, Ali’s bicycle was stolen. When he reported to the concerned police department and argued to beat the thief by himself, Joe Martin-police officer asked him to learn the fight first before challenging others. Joe Martin was a trainer at local gym and Ali started working with Martin to learn how to spar, and soon began his boxing career. 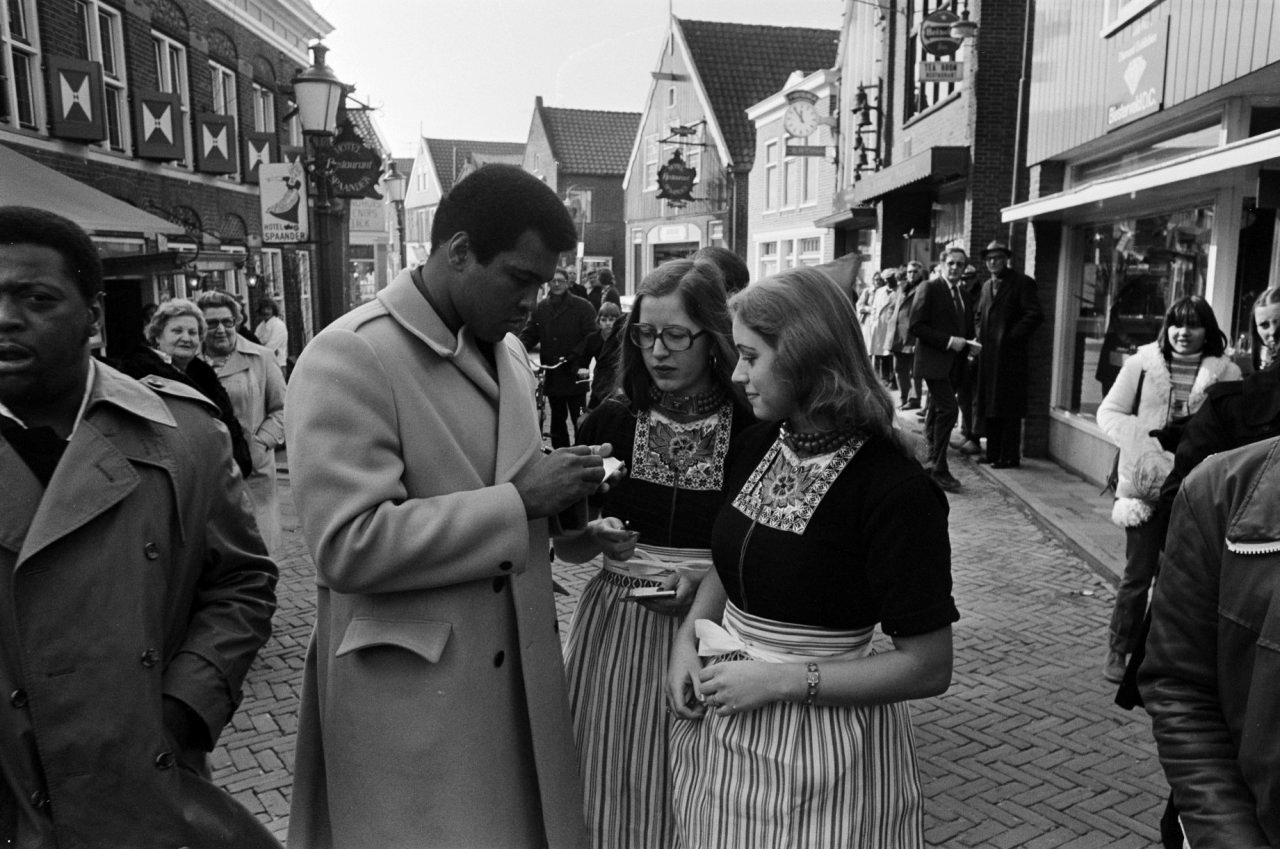 As a young boy, Cassius Clay- Muhammad Ali later on, asked his idol, boxer Sugar Ray Robinson for an autograph. Robinson rudely told the boy “I don’t got time.” Ali never forgot how hurt he was by Robinson’s rejection. To this day, he has never once turned down a request for an autograph. He even has a special P.O. box for anyone who wants his autograph.

His younger brother Rudy helped Ali in practice for boxing by throwing rocks. Ali brilliantly dodged every single rock threw at him. His brother said once, “No matter how many I threw I could never hit him” 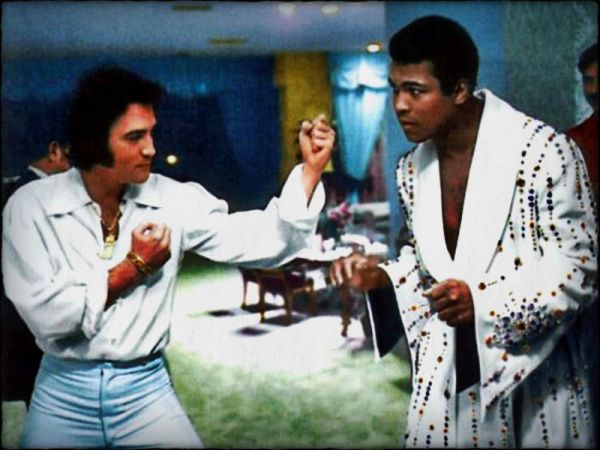 Elvis Presley-The King of Rock and Roll once gifted Ali the boxing robe. But unfortunately Ali lost the match after wearing that gifted robe. He never wore it again, supposing the robe as bad luck 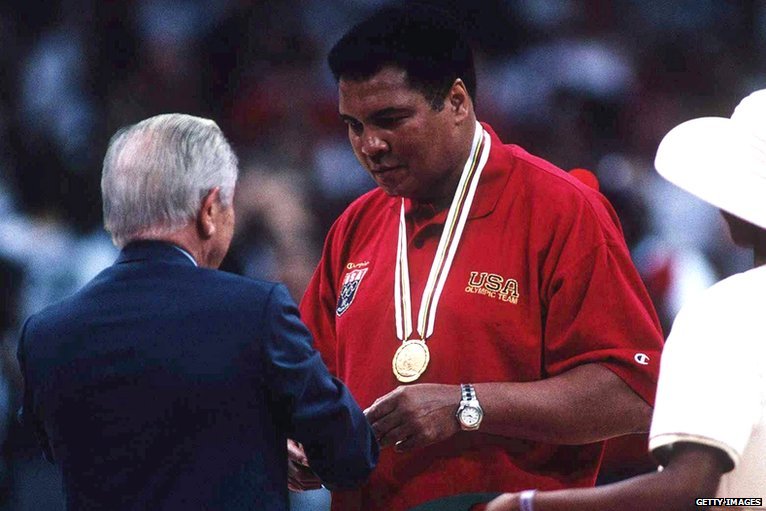 Ali won a gold medal as a light heavyweight at the 1960 Olympics in Rome. Later, upon returning to the United States, he entered a diner at Kentucky with the Gold medal proudly wearing around his neck. The waitress told him, “Sorry, we don’t serve Negroes“. Muhammad Ali retorted “Well that’s okay- don’t eat ’em either.” and walked out of the diner. He threw his gold medal (which he wore all the time) off a bridge and into the Ohio River. He claimed he didn’t want to wear a medal in a country where he couldn’t be served.

6. YES UNEXPECTEDLY A SINGER TOO!! 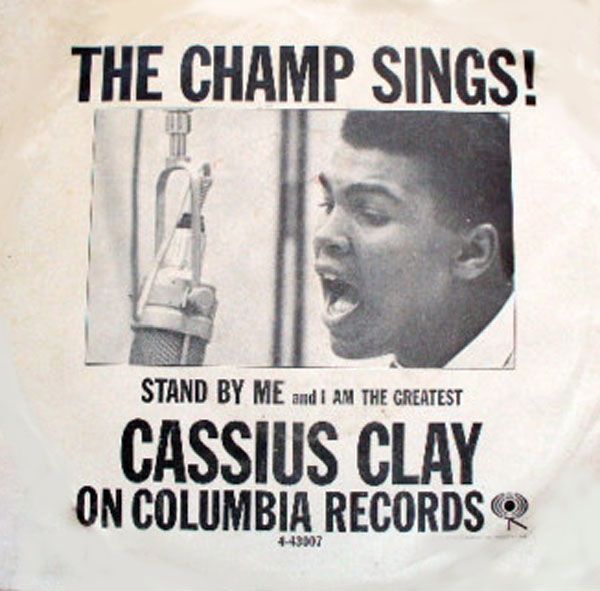 Ali didn’t only have the superb guts for the boxing but for the music as well. In 1963, he recorded a record of Ben E. King’s song “Stand By Me.” Afterwards a single from Colombia Records- I am the Greatest, was released which was the spoken-word album with ringing bell at background. The album never hit the shelves. After his conversion to Islam and name change, Columbia Records halted Ali’s singing career and removed the album from stores as quickly as possible The Scariest Thing Ever!!

Getting others into trouble got into the trouble when in 1960 Ali was asked for the flight to Rome. Petrified. His coach talked to him all the way but every effort seemed useless. He insisted for the parachute and wore it till landing. His daughter Maryum Ali still said, “The only time I’ve seen my father scared is when we’re in the air, and the plane starts shaking. That’s when his eyes get real big, and he definitely wants to be on the ground.” 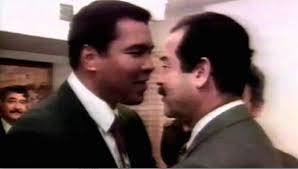 When in 1990, Saddam Hussein-Iraqi President invaded Kuwait he took hostages for his shields. Out of 2000, 700 were Americans. Muhammad Ali stepped into the matter and negotiated as the favorite Muslim player. He stayed there until his countrymen were freed.

These Girls From Karachi Sexually Harassed Me And I Couldn’t Do Anything About It!
Twitter Photoshopped Umar Akmal: Here are the HILARIOUS results!
To Top