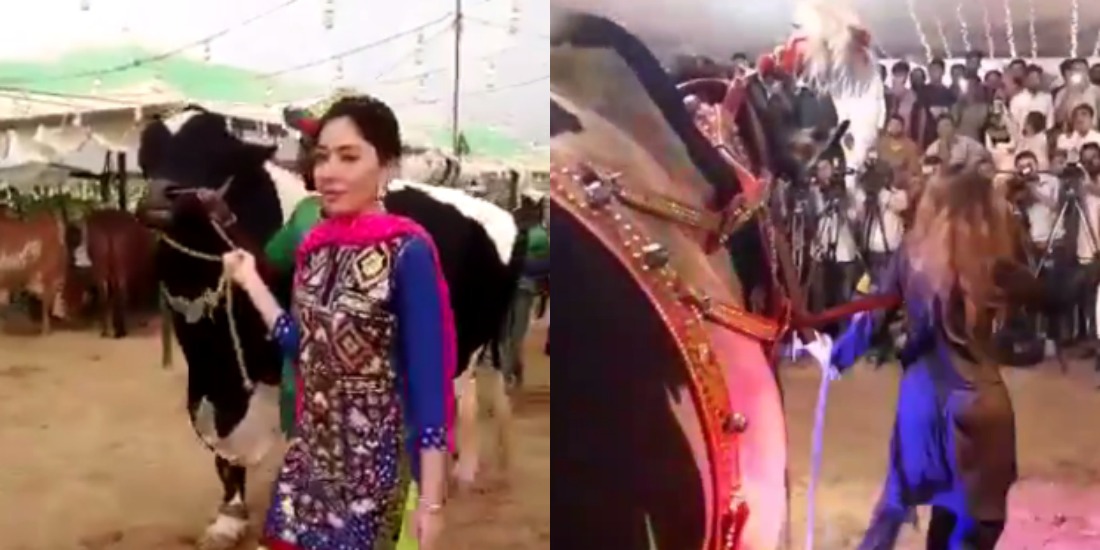 One of the most sacred events in the Muslim timeline, the Sunnat-e-Ibrahimi, also known as Eid-Al-Azha takes place every single year in the month of Zil-Hajj. Every year, Muslims from around the world sacrifice healthy animals in the name of Allah Almighty.

In Pakistan, Eid-Al-Azha is celebrated every year with a lot of proactivity and excitement. However, this year, it seems that the trend of selling animals for the ever so sacred occasion is now going too far. Different animal ‘mandis’ in Pakistan have taken a rogue turn after showcasing and marketing their animals in a unique and somewhat uncontemporary manner. 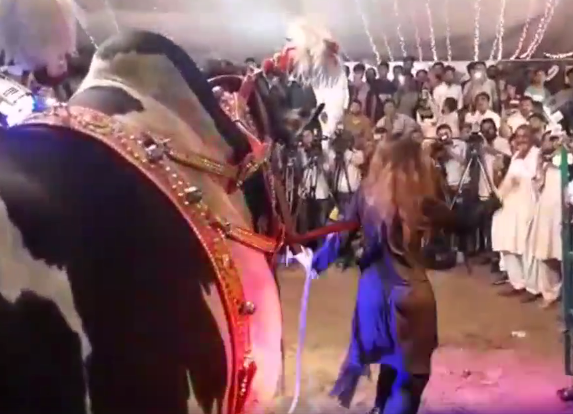 The latest trend shows animals being modeled and danced with to attract crowd attention in a bid to sell them at extremely high prices. These are beautiful and healthy animals that would be sold for a high price with or without such acts. However, to provide entertainment and make a profit, women are being brought out with animals who then dance to increase the worth of these beasts.

These animals have been given titles and names like ‘Sher e Pakistan’, ‘Punjab ka Chaand’ and ‘Raju Rocket’ — which isn’t wrong, but them being accompanied by women who dance for the crowds; this raises a huge question on the morality of the sellers and of course, the buyers.

Eid-Al-Azha, Sunnat-e-Ibrahimi, should be about giving alms and meat to the poor and needy, just as Allah Almighty wanted it. He asked Hazrat Ibrahim AS to sacrifice his own son at the altar before he exchanged Hazrat Ismail AS’s position with a sheep. Every year, Muslims remember that day and sacrifice in the name of Allah, according to their abilities.

It seems that Pakistanis have made a huge business out of the Eid market and to sustain it, the glamor and glitz are being brought in to make it a trend that attracts large crowds. Comedian Junaid Akram made a video on this issue and nailed each and every point perfectly.

We need to realize that not everything in the world needs to be marketed with vulgarity, some things must be kept pure in their actual entirety and Eid-Al-Azha is one such occasion.