The COVID-19 coronavirus pandemic has jolted the world without discrimination. Even the world’s richest countries continue to face an uncertain economic future. When it comes to Pakistan, an already struggling economy has been marred with the basic need for sustainability.

In this regard, Prime Minister Imran Khan proudly introduced the Ehsaas Cash Programme for the people of the country. As per the programme, every needy Pakistani family would get Rs. 12,000 after registering themselves. 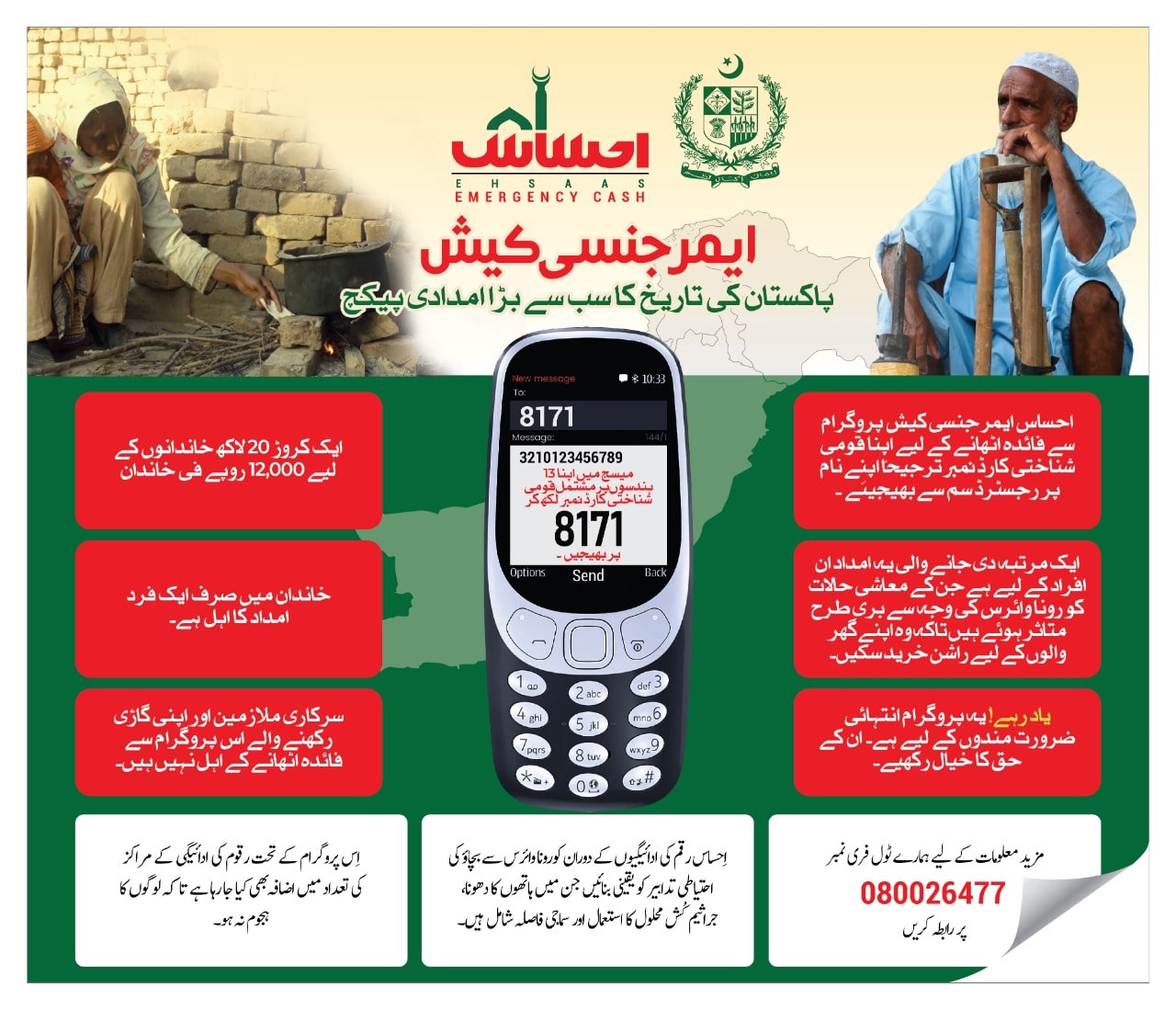 To become a part of the programme, all you have to do is message your CNIC number to 8171 to check your eligibility. However, on the grassroots, the process seems to be much more cumbersome.

A video going viral on social media forums since yesterday depicts just that. A man from Islamabad recorded himself at one of the Ehsaas Cash Programme pickup spots and showed the reality on the ground.

The man, along with his aged father, had come to the F-6 Firdous Markaz in Islamabad to receive the cash after being eligible. However, after waiting in line for almost 4 hours, the man was told that ‘they did not have enough money’. Moreover, he was asked to come some other time, as 35 people were already waiting.

However, the video showed that the staff and administration responsible for the cash distribution were on cloud 9. Both the policeman stationed and the bank’s cashier continued to behave rudely.

‘You will not get money, do what you want’

The man in the video further claimed that the cashier named Saad had been handing out receipts to people, without giving them money. He hinted that corruption was frivolously prevailing on the grassroots level in the Ehsaas Cash Programme.

Even though he was being threatened by the police for recording, the brave man continued to film. The behavior of all the staff included was despicable and not what is needed in these tough times.

He then went on to cry for help, making an appeal to the PM Imran Khan, DC Islamabad and IG Islamabad. The government keeps talking about providing relief to the poor, but this is the reality on the ground.

COVID-19: Business Communities In Pakistan To Suffer Most In Ramadan 2020
Mob Of Influential Students Brutally Assault UMT Professor In Lahore
To Top