The lighthearted yet meaningful drama Ehd-e-Wafa has become the top favorite of Pakistanis. The characters played by some of the top actors of Pakistan have really brought in the charisma, contrary to the initial criticism of them being older than the characters depicted in the show. Much has happened so far in Ehd-e-Wafa since the starting episodes showing a group of friends who meet at a Cadet college. 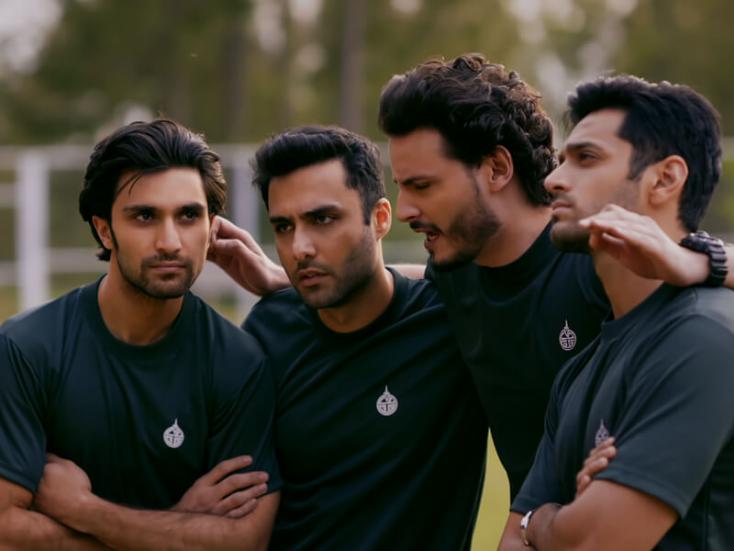 As the story develops, more characters have come into the whole picture; with Gulzar being the most entertaining and liked. His quirkiness, care-free attitude, and humor have made the comedy sketches of the show utterly hilarious. Of course, Rani’s character played by Zara Noor Abbas is a close second. Nonetheless, the show is a chart-topper this year with fans from all across the world with a furry friend on-board; Zoro!

Ehd-e-Wafa is a show that is a production of ISPR. Which instantly gravitates the mind of an average Pakistani to the popular DG ISPR Major General Asif Ghafoor. So far there hasn’t been any news or rumors of a big-profile army officer making a special appearance; but, fans of the show want to see Asif Ghafoor in Ehd-e-Wafa. Our poll is a testament to this.

Although that is a bit of a far stretch, Major General’s handsome dog Zoro made his acting debut in the show. Even the DG ISPR himself, was more than pleased to announce his dog’s success, as he took over the hearts of not just the dog-lovers in Pakistan, but the whole nation in general. Now, he makes another star appearance with another handsome lead, Ahad Raza Mir or Saad.

The friendly dog looks more than satisfied on the sets of Ehd-e-Wafa!

Could be the familiar uniform or maybe he is just a friendly and uber charming dog.

The proud father may be busy but must be full of pride over his cute, furry house-mate being a showbiz celebrity. Asif Ghafoor is already famous among the Millennials of Pakistan, as his online savagery has taken many Indian trolls down. Safe to say, he not only belongs to the most revered army around the world but also has the skills to take on the modern-day-online-wars singlehandedly, or single-tweet-edly.

Nonetheless, the show Ehd-e-Wafa is a feel-good drama that was much needed in the Pakistani drama industry. Since the audience is very much burnt out from consuming the usual toxicities of our society displayed over and over again, in every other show.

Ehd-e-Wafa’s significance is much more than a show that provides positive content. More so, it encompasses the simpler stories including the beautiful patriotic displays of Pakistan army. In its essence, it is a show with many layers- each with its own depth and meaning.

This Guy’s Badmashi With Motorway Police Landed Him In Jail!
LHC Judge Rebuked Lawyers For Attacking PIC Lahore!
To Top