Following the way of ‘Mere Pass Tum Ho’, one of Pakistan’s most popular drama series Ehd-e-Wafa’s finale will also be screened in cinemas. And not only that, fans will get to see the final episode in cinemas even before it hits TV screens.

Makers have planned an interesting way to generate revenue with all the buzz that the drama has created for the viewers. They are planning to cash all the popularity by screening the final episode in cinemas before it goes on TV.

While talking to a local media, Hum TV correspondent confirmed that the final episode is hitting the screens with a twist. According to him, the finale will be screened on cinemas across the country a day before it airs on TV. “There’s a twist to look forward to as well,” he said.

All the necessary preparations are being done to make it big. 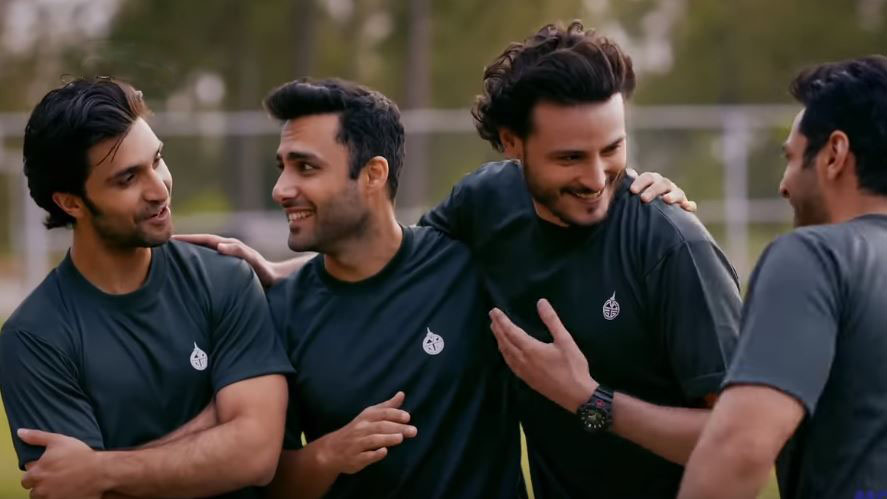 Ehd-e-Wafa‘s shoot is already completed. The director earlier confirmed that the show will not exceed 26 episodes. The serial has managed to amass a strong fan following since it started airing in September last year. The final episode is scheduled to hit the tv screens on March 15. However, it will hit the cinema screens on March 14.

Within a short span of time, the drama has become an instant hit. The reason behind the success could be the involvement of the Pakistan Army in its production. It has been co-produced by ISPR as it is mainly based on the Pakistan Army and other major institutions of Pakistan.

Makers have done a brilliant job in the casting of drama. All the characters in the drama have been given equal importance. Even the cast comprises of fresh and talented actors like Ahad Raza Mir, Osman Khalid Butt, Ahmed Ali Akbar, Wahaj Ali, Alizey Shah, and Zara Noor Abbas. These versatile actors also gave their best to make the drama a big hit.

‘Pyaray Afzal’ was the first and one of the most hyped finales of all time in Pakistan to be premiered on the silver-screen. The trend of cinema-screenings started since then and now makers are trying to cash the popularity of all hit dramas.

Are People In China Really Accepting Islam Due To Coronavirus Fear?
Indian Occupied Kashmir Students To Get 1,600 Pakistani Scholarships
To Top