One of the most popular drama series Ehd-e-Wafa has come to its end. The last episode of ISPR produced drama series was filled with lots of emotions. The show narrates the story of four friends who start their journey as trainees at a military academy.

Just before its finale, people were eager to know if Shahzain (Osman Khalid Butt) will mend his ways or not. Or, if something terrible going to happen to Saad (Ahad Raza Mir). However, it was a pleasant surprise for the fans as the drama saw a happy ending.

A twist was expected and people have been guessing that Saad will be martyred while fighting on the border. However, Saad was shot after an Army-based operation against the terrorist but later got saved. While, Shahzain chose to mend his ways and was seen working for public welfare as well for the country. Shariq (Wahaj Ali) and Sheheryar (Ali Akbar) also continue to work for what is right. 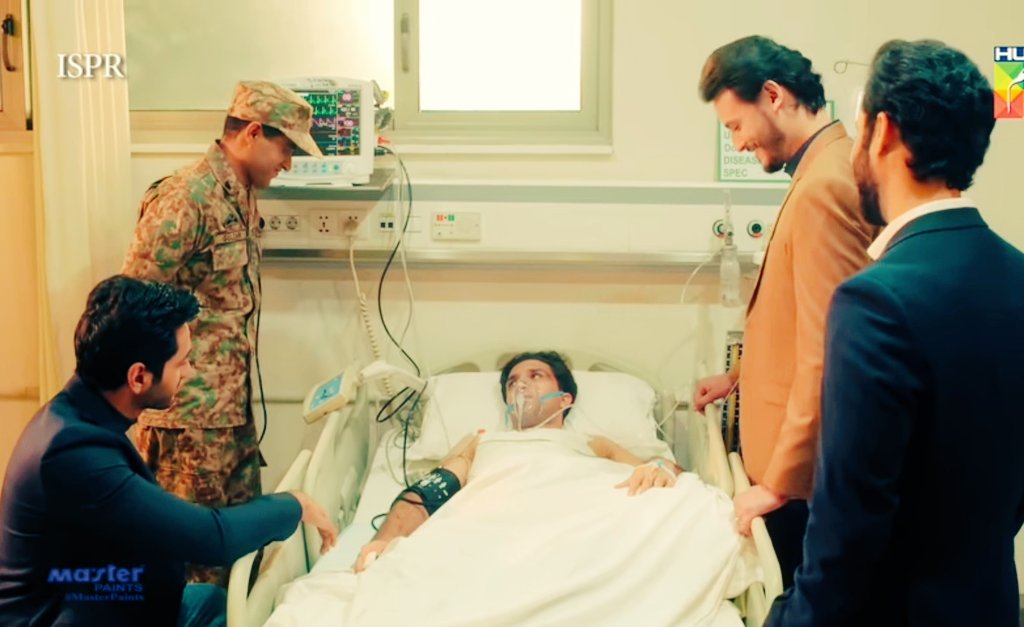 Actor Humayun Saeed also made a guest appearance as Captain Humayun, who was seen interrogating Indian Wing Commander Abhinandan before the ‘fantastic tea’.

The episode ends with the four friends visiting their Lawrence College once again as they relive their memories.

Also Read: 10 Hidden Secrets Of Drama Ehd-E-Wafa You Did Not Know!

The much-anticipated last episode of Ehd-e-Wafa was supposed to screen in cinemas, but due to coronavirus outbreak in the country, makers cancelled its screening. On Saturday, the Hum Network announced that they would cancel the screening owing to the current health emergency.

Earlier, the drama’s director Saifi Hasan said that the last two episodes of the show will be shown on TV as scheduled. “We didn’t show the second last episode on TV because we need at least 80 minutes to screen in cinemas,” he said.

The government issued a notification on Saturday, saying that all cinemas and theatres will remain closed for three weeks with immediate effect.

The hit show, which has been co-produced by the ISPR and Momina Duraid Productions, was written by Mustafa Afridi. The cast also includes Alizey Shah, Zara Noor Abbas, Vaneeza Ahmed, and Hajra Yamin.

The drama has been trending on social media since last night. Fans have flooded Twitter with appreciation posts and how moved they were after seeing the last episode. Many have been praising Pakistan Army for fighting and sacrificing their lives for the sake of the country.

Major Ishaq was also a Saad .
We can't forget all soldiers of Pakistan who served for their Nation. #EhdEWafa pic.twitter.com/NXBPfMN9YT

When dua was crying for Saad i was feeling the pain of all martyed familes 💔 #EhdEWafa pic.twitter.com/R2TDUoFOQj

A soldier don't fights alone, there is a family behind him who supports him
A mother who gives her son to country

A father who gives his "resort to old age"to country

A sister who gives her partner to country
Don't allow anyone to separate hatred against our soldiers#EhdEWafa pic.twitter.com/oigj7DNKP1

True Friends are hard to Find, Harder to leave & impossible to Forget..,

Zeera Plus Celebrates The Love Of ‘Chai and Zeera Biscuits’ At Lucky One Mall!
Latest Updates Confirm 76 Total Cases Of Coronavirus In Sindh!
To Top