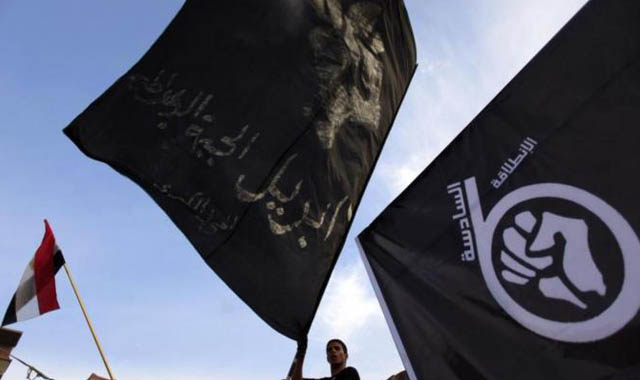 An Egyptian court has banned the activities of the April 6 youth movement, which played a key role in mobilising support for the revolution against Hosni Mubarak’s rule.

The verdict, which included the freezing of the movement’s activities and confiscation of its headquarters, was issued by the Court for Urgent Matters on Monday which accused April 6 of espionage and tainting the state’s image, the state-run newspaper Al Ahram reported.

Lawyer Ashraf Saeed filed the lawsuit, which he said was prompted by recordings aired on a private-run television channel, of members of the group allegedly plotting against Egypt.

The movement had joined calls for the unseating of elected president Mohamed Morsi last year, given his reluctance to heed calls for political reforms. The April 6 movement supported the army-led overthrow of Morsi.

However, it quickly turned against the military-installed regime amid an intensified crackdown against dissent, which led to the ruling against its founders Ahmed Maher and Mohamed Adel, who are accused of staging protests without securing the Interior Ministry’s approval as stipulated by a law the government has issued. The two leaders now face jail sentences.

The group has often faced accusations of receiving funds from abroad and plotting against the country. Members of the group have denied all these allegations.

“All of the group’s activities are peaceful expression of opinion… The key goal of the movement’s activities is to object to any move made by the regime that could lead to sabotaging of the state,” April 6 said on its Facebook’s official account in response to the court ruling.

“April 6 is a vital part of this generation’s dream and voice. We will go on, and our activities, opinions and voices will be expressed as we please,” the statement said.

Members of the youth movement had on Saturday joined other liberal and secular groups in a march to the presidential palace against the law curbing protests, demanding the freedom of their members, along with thousands of Muslim Brotherhood supporters who have been detained since the July coup.