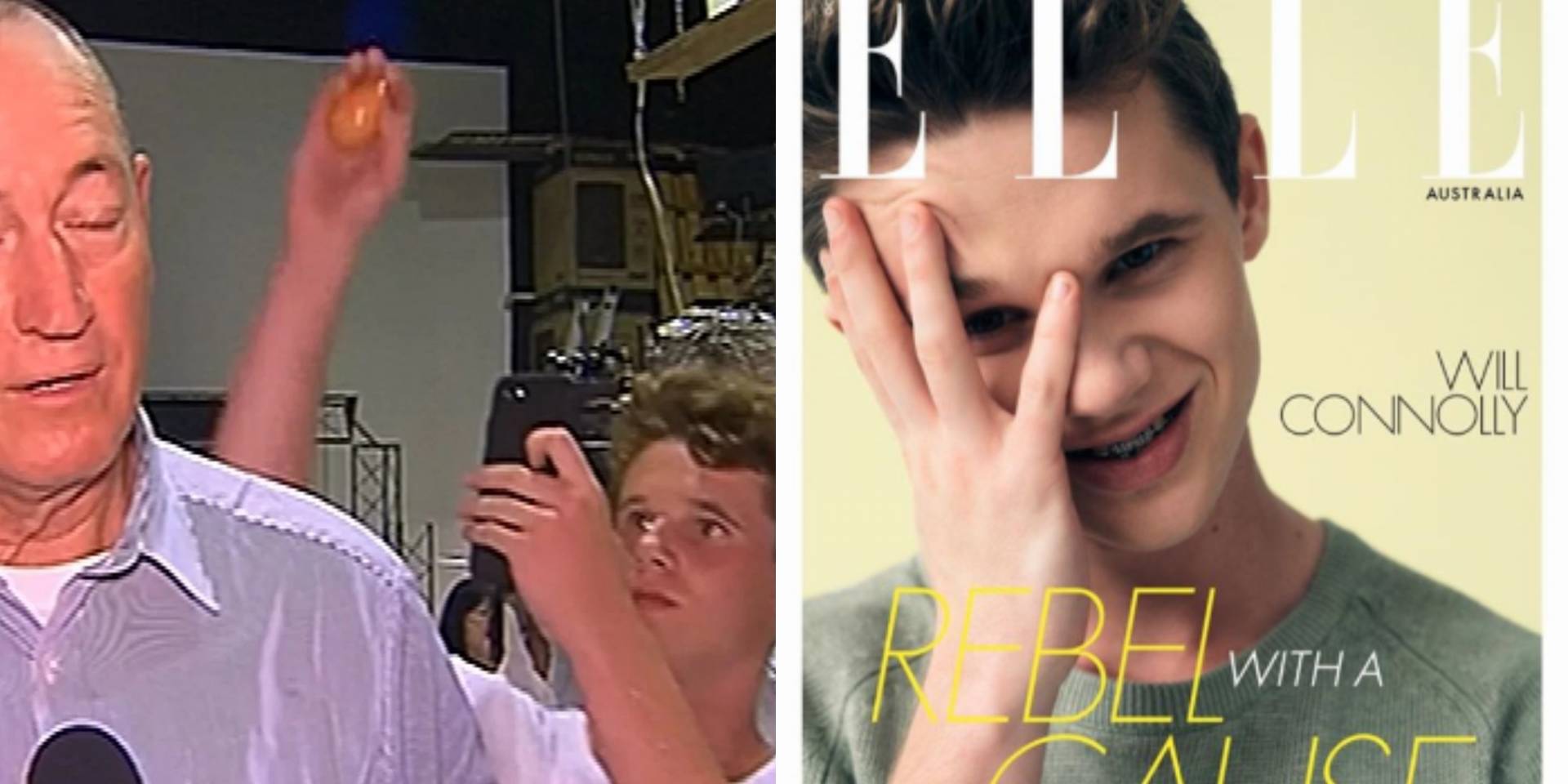 The criteria of being called a hero have shifted and become simpler in this era. You don’t have to be saving the world from evil. Or get on the roads and start a movement. All ways of protest against evil are accepted. And an Australian boy named Will Connolly AKA ‘egg boy’ had his own way of protesting.

This egg boy was an internet sensation and even a hero for some. What’s so special about him? Well, if you’ve seen the video, you would know that he smashed an egg on an Australian senator’s head.

When did disrespecting senators become a heroic act?

Oh, no. He wasn’t just some senator…

That senator named Fraser Anning was one hell of a racist being. He had made a statement on the Christchurch shooting incident that sparked outrage among every human who was born with a heart.

His innocent question went something like, “Does anyone still dispute the link between Muslim immigration and violence?”

He got the answer to it. Sure did. On his head!

“The real cause of the bloodshed on New Zealand streets today is the immigration programme which allowed Muslim fanatics to migrate to New Zealand in the first place,” continued the rest of his statement.

These were the words that caught everyone’s attention and flamed anyone who heard it. It earned itself a lot of criticism. And the heroic act of the egg boy.

His action was a protest against the senator’s racist statement. It gave a lot of courage and support to Muslims, as after the statement they were really confused about their status in the world. Because whenever any incident of terrorism happened all the Muslim immigrants had to face the consequences to it. And were instantly tagged as a terrorist nation.

But the act of egg boy proved that as long as humanity lives racism will get an egg smashed on its head!

And hence the egg boy became a hero.

Even the Australian Prime Minister was on his side so even after being arrested he didn’t get in any trouble.

Well, his act hadn’t yet faded from the minds of his fans and another news dropped. The egg boy donated $100,000 to the victims of the Christchurch incident. And with that, he made a permanent place in everyone’s heart.

Now, the egg boy in his Instagram post shared the cover of the Elle Magazine which was featuring HIS FACE! It wasn’t just his face that got featured. But he was also titled as ‘Rebel With A Cause’ and covered in a story named ‘most talked about movers, shakers, changemakers’.

Grateful and thankful that I was asked to be in Elle Magazines “most talked about movers, shakers and change makers” article…Rebel with a cause. Nuff said 😎. The October issue is on sale now. Cheers @elleaus #theellelist2019 #imamodel #damnnn

Isn’t that huge? Well, this is the kind of appreciation that we were expecting for his protest though. The egg boy did a favor to us with his act and we’re forever grateful too.

According To Islam, These Common Practices Are Considered As Bid’ah!
The Tragic Story Of Major Adeel Who Married An Army-Widow, Adopted Her Daughter & Embraced Shahadat!
To Top