Child maltreatment, commonly known as CHILD ABUSE is an emotional, psychological, physical or sexual maltreatment of children or a child, either by his or her own parents/ caretaker/ guardians, relatives or in many cases by a total stranger.

It has been an issue of concern for centuries not only in our society but even in U.S more than 3 million cases of child abuse are reported every year, especially in the rural areas where illiteracy rate is high these cases are found to be prevailing more frequently and among the families who suffer from anger issues/ alcoholism or any other abusive substances which consequently leads to both long and short-term trauma, injury, psychological distress and even death of a child. 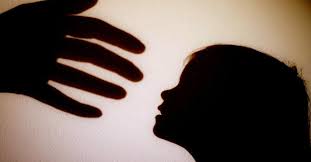 Child abuse may include anything, either sexually harassing a child, a rape case or even engaging a child to talk into sex or any other activity inappropriate for them before their adult age. This especially occurs when a child is deprived of his/her parents or guardians attention or he may be in the hands of a wrong person. More than 28.3% adults report being abused in their childhood due to fear and lack of confidence at very little age they are unable to express their feeling but they may show sign which includes Internal injuries, scratches, cuts. You may experience some behavioral changes in your child if he or she is being the victim of abuse by someone, he may show aggression toward his loved ones or even pets, he may seem afraid of meeting new people, insomnia, depression or anxiety may be one of the signs. Sometimes a teacher, a tutor, a senior school student, a driver or even maids are also engaged in abusing children, If your complains about one of your servants or shows hesitation in their presence considers it as a sign special attention shall be given to investigating the matter properly.

In some cases, parents can harm a child’s emotional and mental development too, which may result in severe damage and considered as abuse. There may be a single event or pattern of behaviors behind the abusive act.

Children do not always show symptoms of being abused so it is not easy to recognize a child being the victim. If you suspect such type of case, the child must be subjected to examination by a healthcare professional or psychiatrist as soon as possible, ideally within 72 hours of discovery, for the proper diagnosis.

A case of a child molestation was reported last month in which a mother of 6-year-old complained of her son being abused by a senior boy in a school van who forced the little child to touch his genitals and tried to engage him in other sexual act. The child was scared and psychologically traumatized and is now under the treatment of a health care professional, hopefully, he will be able to move on soon and get over the incident he went through at early stage of his life. 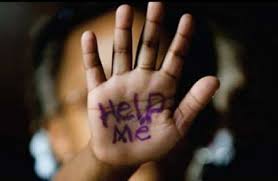 Risk Factors: Among all the children, disabled or mentally retarded ones are more likely to be the prospect of an abuser or the ones having young, single parent who fails to take care of their child. Other socioeconomic causes such as Poverty and lack of education can also be the reason being Child Abuse and Child violence.

Treatment: Irrespective of the nature of abuse, several steps can be taken immediately to report the violence and help should be called. Any delay in treatment may decrease the chances for full recovery of your child.

Professional therapist and psychiatrist help are needed in order to make a child move on and get over such trauma. Family support and attention plays the main role in the healthy recovery of a child by providing them the abuse free environment and should use all available resources to help their children.

Set of cooperative efforts together with hands of society, schools, law enforcement, parents and family members will help in improvement of the condition of neglected and abused children, hopefully in near future.