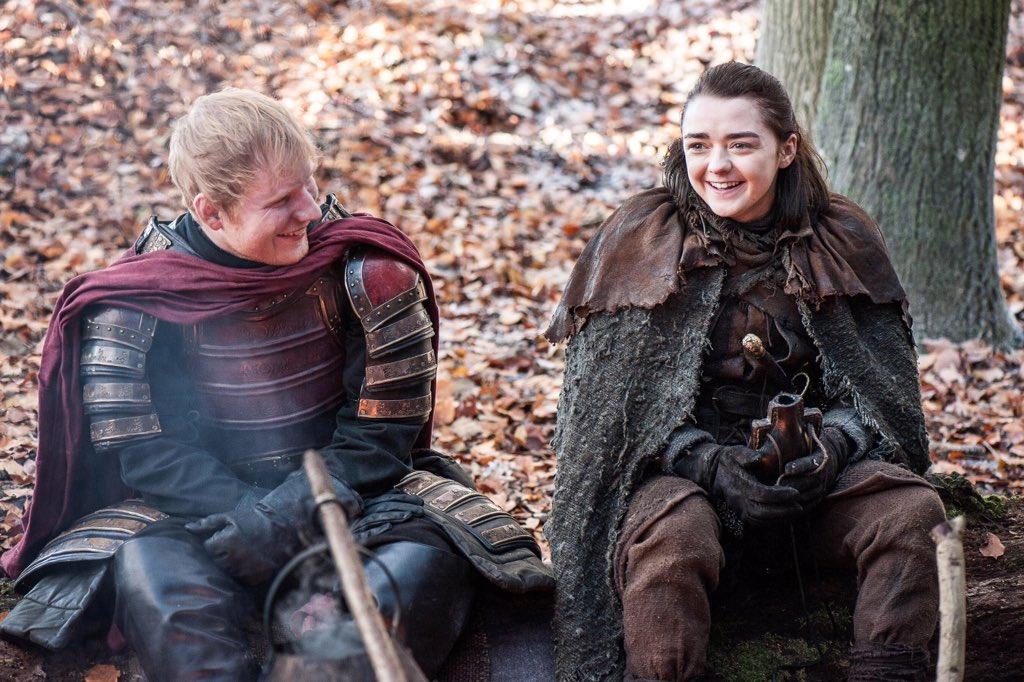 Game of Thrones’ new season just came out and it literally caused the internet to melt down like it does every time a new GoT episode comes out. But this time it was not only about the show itself. It was about something the fans never expected to happen, none of the main characters dying or Khaleesi giving birth to another dragon. It was Ed Sheeran making a cameo in the first episode of season 7! Yes, you heard it right, Ed Sheeran appeared out of nowhere!

Literally out of nowhere. 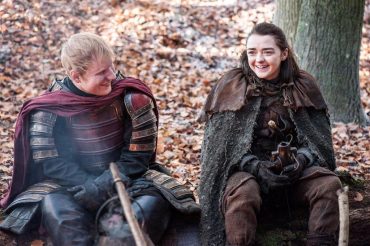 He is just there sitting in the woods with his friends and Arya comes across them. He plays a soldier in the King’s Landing and Arya is attracted to his singing, sits with him and his friends and has a good time. But yes, it shook everyone.

When you realize it really was him.

Just a few seconds before Ed’s appearance, you can hear a man singing which sounds exactly like him and after a few seconds, you will be shocked at what you see.

Girl you know I want your throne.

The club isn't the best place to find a throne so Westeros is where I go. #GameOfThrones #EdSheeran pic.twitter.com/kTueOz8Y3x

Yes seriously, this happened. He also Instagrammed a picture with a caption “Throwback to the time I was a Lannister”.

Throwback to the time I was a Lannister https://t.co/QEt6TiexbA

All of us, when we saw him.

when Ed Sheeran pops up in the latest episode of #GameOfThones pic.twitter.com/aQNXYY3dWH

It was more than just a shock.

But some people weren’t really happy seeing him.

If you feel the need to have an Ed Sheeran cameo in the seventh season, you should probably just end the series.

Should not be laughing at this.

Ed Sheeran's going to meet Brandon Stark and be like "when your legs don't work like they used to before".#GoTS7

We really shouldn’t be.

Of course Shape of You.

It gets us wild too, Cersei.

Some people don’t want to see him again.

Well of course what is a sweet, innocent, pure and a beautiful soul like Ed Sheeran doing in a Game of Thrones episode?

But it really was unexpected.

Or maybe we were too dumb to get a hint even when Ed said watch Game of Thrones tonight?

Whatever it was, Ed Sheeran’s appearance was totally delightful and unexpected. We won’t really mind seeing more of him.

A Dolphin Officer Proposed to a Girl in the Streets and Pakistanis Didn’t Approve of It!
“I love you and I think it’s a sin to love you when I am not supposed to”
To Top