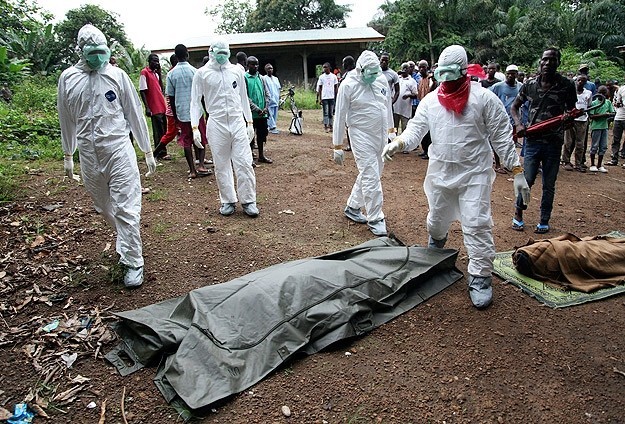 Ebola, an epidemic disease, has taken lives of more than 6000 people since March. The outbreak of Ebola took place in western Africa and that region has been hit most. The poor countries such a Liberia, Sierra Leone and Guinea are the epicenter of this lethal disease. It gets worst when one gets to know that there is no particular medicine or a treatment for this epidemic disease which just seems to be spiraling up to other countries.

People suffering from Ebola don’t react in a particular way as their reactions vary. Ebola usually begins to hit mildly when a person tries to resist it and then it turns into severe sickness leading to excessive bleeding and the organ failure leading to the death. Ebola is not an airborne disease which means that it can only be transmitted when a person touches the blood or any other body fluid of the patient and through the contaminated areas.Ebola has made more into news in past few days because the U.S. is reported to have been hit by it. More than 10 cases have been reported in U.S. state Texas and few cases have been reported at developed European countries that have raised the alarm in these countries. As the result, travel restrictions for people coming from Ebola hit countries and necessary quarantines have been implemented by US government and other European countries. 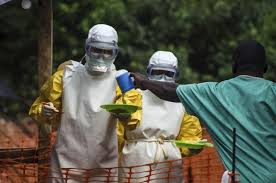 At this critical juncture, when almost all the responsible countries of the world are taking cautious measures to prevent Ebola form entering in, we move on our perfectionist agenda of remaining ignorant of possible entry of this lethal disease in our country. We see no practical steps taken to prevent this deadly disease flowing into Pakistan. All we hear from our government is formulation of bureaucratic committees to form an agenda to address the possible emergence of virus in Pakistan. One wonders these committees have any magic wand to address this threat which can be biggest disaster if it moves towards Pakistan. We need to adopt pragmatic approach to address the possible outbreak of Ebola in Pakistan. Keeping silent and hoping that the nature will avert the crisis has hurt us a lot in the Past. The disastrous flood is the most recent example in this case. The negligence of the Airlines working in Pakistan is conspicuous in this case as they don’t seem to take preventive measures under International requirements such as seeking passenger’s health status before getting the tickets booked. Additionally, the Airport Authorities remain deliberately averse to possibility of passengers having Ebola disease. They haven’t taken any measures to ensure prevention of Ebola at the airports.  Airlines such as PIA and Shaheen Air don’t pay much attention to health forms to be filled by passengers and don’t take much interest in medical examination of their food providers. Lack of funds and staff in airport health department are also the reasons for this negligence. 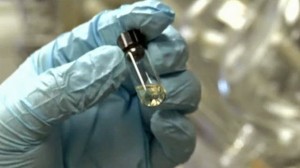 International travelers are more likely to be hit by Ebola and there is no room or any facility to examine them medically shows utter negligence of Civil Aviation Authority. The least expected of them was to ensure screening of travelers at major airports; we are not talking about other entering points of the country such as Sea ports and roads.There is no way to locate the suspected patient. There is one Quarantine facility set up in Karachi for Ebola but it lacks the required resources to work properly. There is a possibility that a person travelling from Ebola hit country may not show symptoms initially but may develop them after wards. There needs to be monitoring of these people on constant basis to prevent the Ebola disease. An Ebola infected person may take medicine to reduce the fever before the landing to escape the detection at the airports is the possibility which can’t be ignored by the authorities. Functional Screening process should be set up immediately to prevent this epidemic from entering in Pakistan. 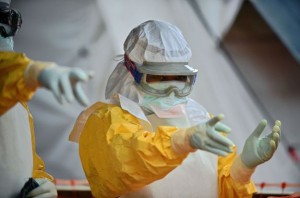 The Spread of Ebola to Asia is predicted by experts. The China stands most vulnerable in the region because it’s extensive trading relations with west African Countries. But, China has expertise and experience to prevent and cure pandemic diseases such as Ebola. Same goes for India, who possesses effective medical control mechanism as was evident when they eradicated the Polio out of the country. Despite huge resources, effective screening process, and advanced technology to locate the Ebola Infected people, these two countries have been on their toes taking preventive measure for Ebola. It is unfortunate that Pakistan, who couldn’t even eradicate Polio, will prove to be any easiest target for Ebola if it pervades to India and China. The outbreak of Ebola in China and India will transmit it to Pakistan for sure and we will be hapless in front of the fatal disease. The necessary preventive measures can stop Ebola virus from turning into disastrous outbreak. The key element of preventive measures is to break the chain of contact of Ebola. We lack the medicines, vaccines and effective treatment facilities to cure Ebola; we can only take preventive measures as our best and the only tool to avoid the spread of Ebola in Pakistan. 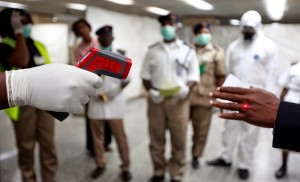 There arose a little ray of hope as we heard that few of the Ebola-infected patients are recovering in US and more heartening was the news of Nigeria being declared Ebola-free. But, it was made possible only because of state-of-the-art medical facilities in US and heavy spending of Nigeria on medical equipments and medical facilities to ensure prevention and cure diseases such as Ebola. Pakistan couldn’t even fight the Polio for which it has the vaccines, rather, we couldn’t eliminate Dengue in our country despite having the resources to do so, so how will we take on the Pandemic such as Ebola? One can imagine the death and destruction Ebola would bring in Pakistan, it wil make Taliban’s task much easier.

Pakistan’s track record to end epidemics is one of the worst in the world. The lack of medical infrastructure, government support, and health facilities has left Pakistan as one the world’s un-healthiest places to live. If things go like this then our position won’t be different to that of Liberia or Sierra Leone where all the economic profits are used to address the health issues such as Ebola. Let’s just emphasize on what we can do now and that is taking preventive measures. The detection of the Ebola cases should be the first priority as there is no way we can undertake curing measures once if God Forbid Ebola breaks out in Pakistan.

Aitzaz Ahsan’s Daughter converts a Christian into Muslim before Marriage!
Crazy or Funny? You Guys Decide!
To Top