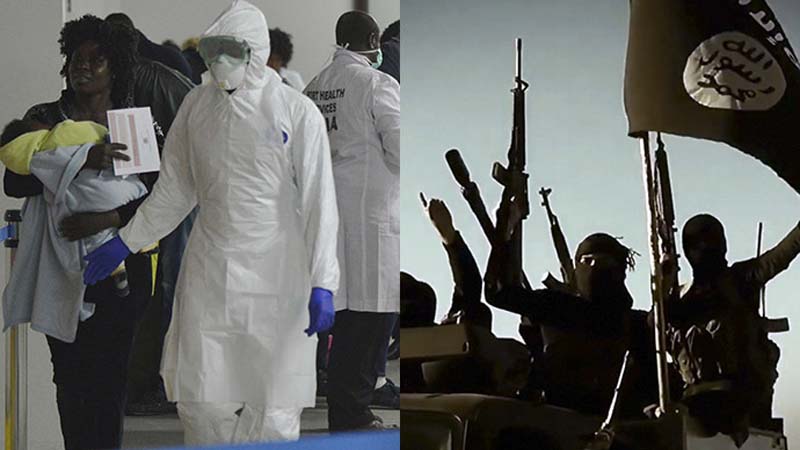 The Spanish government said it is concerned that terrorists could use the Ebola virus as a biological weapon against the West. A close eye is being kept on online chat rooms, where such attacks are reportedly discussed among jihadist groups.

Extremists connected to the Islamic State (IS, previously ISIS) have been considering using Ebola as a weapon against the West, Spain’s State Secretary for Security, Francisco Martinez, said in an address to the parliament.

Martinez stated that this type of activity serves as further proof that the internet is an “an extension of the battlefield” for the Islamic State, which uses cyberspace for “threatening enemies through propaganda, preparing operations, exchanging information, ideological training, recruiting new members and acquiring finance.”

There are “many examples” of online terrorist chat logs discussing the use of biological warfare against the West, Spain’s RTVE public broadcasting corporation reported. 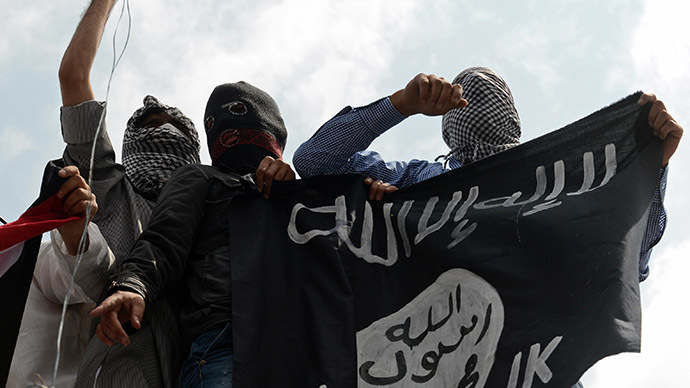 The most recent talks took place in a “jihadist chat room,” related to the Islamic State, in mid-September. “The use of Ebola as a poisonous weapon against the United States” was the topic of conversation, Martinez said.

There were also a number of tweets that talked about the use of “deadly chemical products from laboratories,” he added, stating that terrorist organization Ansar al-Islam was involved.

Despite increasing evidence of biological attacks on the West, US Homeland Security Secretary Jeh Johnson denied allegations of the Islamic State’s plans to use biological weapons. “We’ve seen no specific credible intelligence that [the Islamic State] is attempting to use any sort of disease or virus to attack our homeland,” Johnson said earlier in October.

The latest cases of Ebola in Spain and the US have sparked fears of an even bigger outbreak, prompting Canada to step up its border security so as to limit the risk of infection spreading into the country. 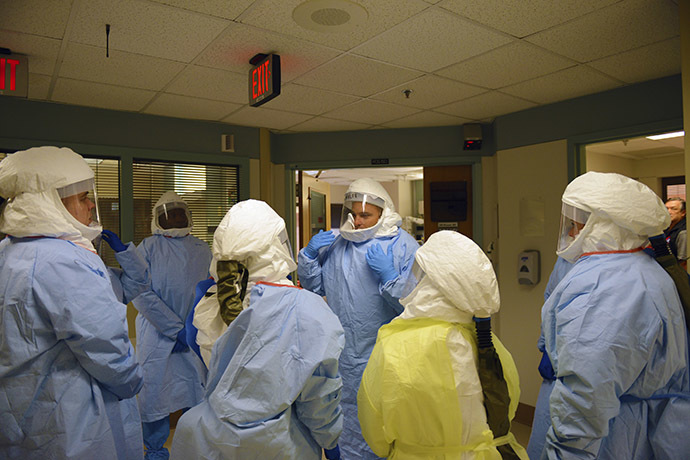 The federal government announced on Friday it is suspending the processing of visa applications for residents and nationals who have been in Guinea, Liberia, and Sierra Leone in the last three months. The same goes for permanent residence applications.

“New precautionary measures [are] to protect the health and safety of Canadians,” the government said in a statement, adding that the move does not affect Canadians in West Africa helping to contain Ebola, adding that health workers will be permitted back in the country.

Canada has become the second country after Australia to deny visas to foreign nationals from the three affected West African countries.

So far, about 5,000 people have died this year in Guinea, Liberia and Sierra Leone, in the worst Ebola outbreak ever recorded.