Did you feel an earthquake in Karachi? Many people did. Different parts of Karachi felt an earthquake this morning. Earthquake tremors were felt mainly in the vicinity of Gulistan-e-Jauhar and Gulshan-e-Iqbal.

People living in these areas have reported hearing a loud bang that shook them while they retreated to safety.

Many reports have been circulating about the earthquake. The magnitude was reportedly recorded at 3.6 on the Richter scale at a depth of 12 kilometers.

People who felt it reportedly fled their houses and offices as panic struck them. They took to social media asking people if they felt the earthquake. Many citizens of Karachi have reportedly felt it while many did not. Those living in the areas of Clifton did not feel it. 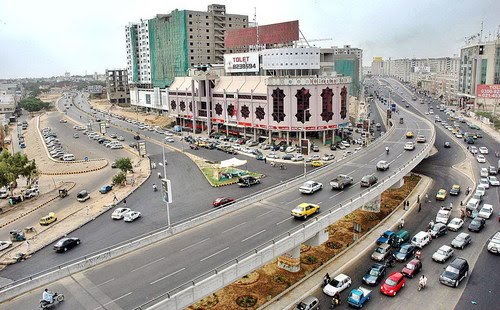 No damage or loss of life has been reported so far as a consequence of the earthquake that shook many people in Karachi.

The news of earthquake spread like wildfire; people started making calls and sent text messages to their loved ones, asking them their whereabouts and confirming their safety.

Following are some of the people who felt an earthquake in Karachi this morning:

YaAllah Reham. Felt a powerful #earthquake wave in my room here in #Karachi. Door vibrate like somebody knocking. Ma Allah save everybdy

Earthquake In Karachi in Gulshan and Gulistan-e-Johar area ? any one who witness ? #karachi

Tremors felt in parts of #Karachi. Intensity of #earthquake is 3.6 and its depth is 12km as per met office. May Allah keep everyone safe

I just felt it . It was earthquake #karachi

Office just shocked with a jerk.. dont know what was that #earthquake #karachi

People are still in shock and trembling with fear. They report having heard a loud bang. People who were sleeping quickly ran out of their beds in a panic. Many people gathered around stairs to stay safe and secure from any destruction.

People living in Karachi are advised to take adaptive measures in keeping themselves and people around them safe and secure of destruction. Stay together and gather in areas where they would not become part of God forbid any kind of destruction.

May Allah protect us all.