Already on the verge to deteriorate economically and politically, Pakistan has been tackling its neighbor India’s filthy tactics since separation times. In recent times, the heated Indian Occupied Kashmir (IOK) dispute has created a much wider wall between both countries. The insensitive comments of hate-filled Indians made on today’s earthquake that hit Azaad Kashmir and other parts of Pakistan is a wider picture of the brainwashed Indian nation.

The recent tremored earthquake jolted Pakistan’s Kashmir region and other parts of Punjab!

The heart-wrenching disaster jolted Azaad Kashmir, Islamabad, Lahore, Rawalpindi and many other parts of Punjab and Khyber Pakhtunkhwa (KPK). The pictures from the affected areas are being circulated on social media and Pakistanis are in a worrisome state as news of more than 50 individuals dying in Mirpur city is being confirmed. According to sources, a major part of the infrastructure was also damaged by the quake in some cities. 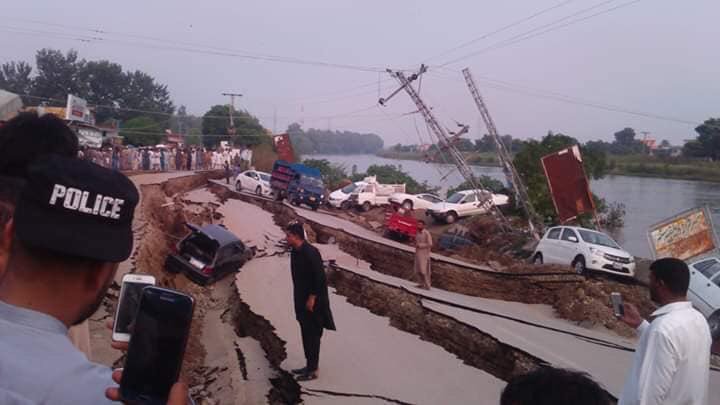 Currently, Pakistan is surrounded by major internal issues as well as its borderline enemies because of the illegal narrative implemented by the Modi Sarkar in IOK. Back in 2016, a 5.5 magnitude earthquake hit the northern areas of the country resulting in a huge loss. Earlier today, Pakistan administered Azaad Kashmir and other parts of Punjab province were brutally shook by a 5.8 magnitude earthquake which reportedly lasted 10 seconds. As always, naive Indians found out another reason to criticize Pakistan for from the worry of the affected people.

Indians trying to troll Pakistan government with their dead humor!

While Pakistanis shared their concerns on the horrific incident, Indians made fun of the destructive situation and the internet is filled with comments and posts targeting Pakistan relating it to the ongoing Kashmir issue. Many border cross neighbors even thought that Prime Minister Imran Khan and Minister of Science and Technology Fawad Chaudhary blamed their country and incumbent government of the disaster occurred.

The inhumane replies of Indians on this tweet display their ignorant minds!

Did Ch* @fawadchaudhry blame Modi & India for the #Earthquake yet?

What is even wrong with this stupid Indian nation?

So was the capture of Indian Wing Commander Abhinandan!

This Pakistani posted screenshots of shameless Indians making fun of the earthquake on his Twitter!

Very sad to see this, Shame on such Indians…. #earthquake pic.twitter.com/6c7jl5PJ4I

Well, the Pakistan Army’s rescue operations are underway in the affected areas of Pakistan and proper medical assistance is also being provided to the injured. As per news reports, Mirpur is believed to be the most affected city with a death toll of about 50 individuals till now and the sudden earthquake has created a panic among the masses.