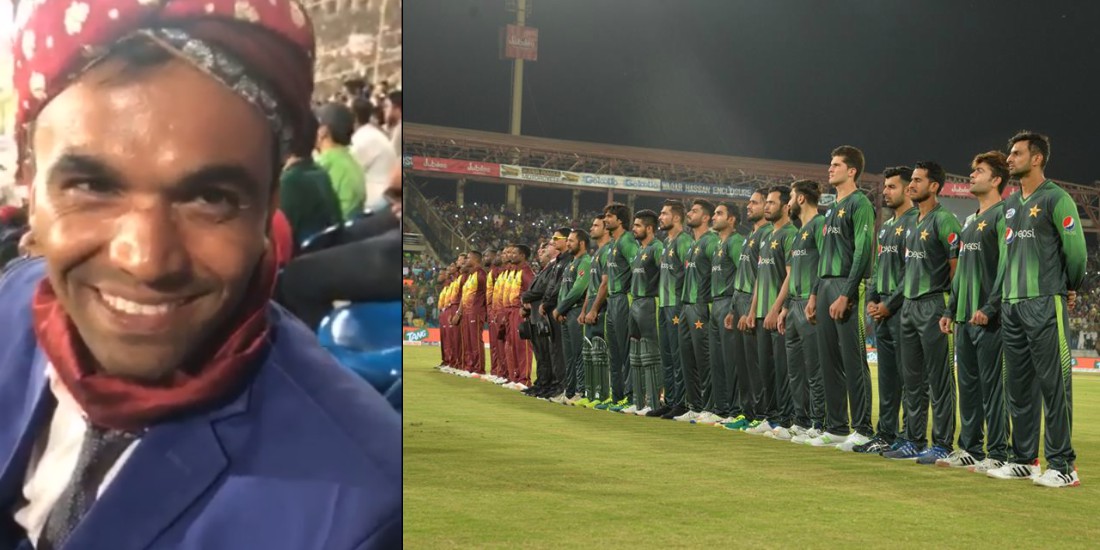 We all know that in Pakistan cricket is more than just a sport. From preparing early lunch and dinner on the day of the match just so that you are not disturbed to planning a whole day out with friends in a restaurant for uninterrupted live streaming. Pakistanis can go a long way to watch their team play well.

In the past, we may have witnessed many die-hard cricket fans who have always shocked people with their dedication and love toward this sport. But this one that team Parhlo found in the stadium last night was one of it’s kind. He was a dulha whose wedding was scheduled on the same day of the match, but instead, chose to skip his nikkah and came directly in Barat Jora to the stadium. Talk about setting your priorities straight!

Talking to Parhlo, here’s all that he had to say about his love for cricket!

This dulha claimed that he didn't attend his wedding because he wanted to attend the match ?? #cricket #wow #pakistancricket #parhlo

He belongs to Larkana and came all the way to Karachi to watch the Pak Vs WI matches. He mentioned that his wife-to-be asked him to not go and his nikkah was scheduled at 4 pm on Sunday. He told his wife-to-be that only when he’ll see Pakistan winning, then only will he come back to her to get married with doubled happiness. Maybe all his wishes get fulfilled and he goes home to his new bride.

Oh, and there was one more thing that took everyone by surprise! Have a look!

Yes, what you just saw actually happened at the stadium. Did you get goosebumps after watching this? We thought so!

For the full version of the video, check this out!

The match of Sunday had many surprises for Pakistanis. Scrolling through Facebook people must have witnessed the opening ceremony of the match when both the teams stood up for the national anthem and the speaker stopped midway. BUT! Everyone at the stadium sang along the national anthem till the end. Such a proud moment it was. The new start of Karachi hosting the International cricket matches has brought a lot of happiness to the citizens. More to come from this new beginning and Karachi’s long forgetting enthusiasm for live cricket. Cheers. 🙂

If You Are Confused about Pursuing an MBA, Here’s what you need to know!
مجھے میرے ماں باپ نے برباد کر دیا ایک امیر زادے کا شکوہ
To Top