Duke University Reverses The Plan to Sound the Call For Muslim Prayer! - Parhlo 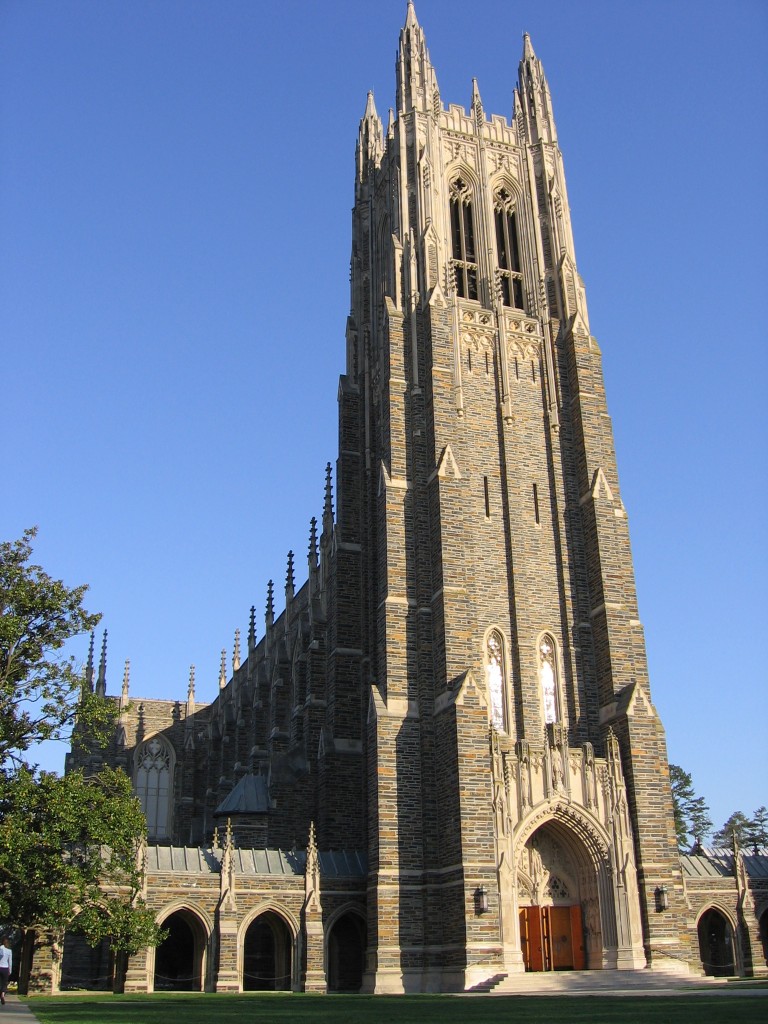 After promising to sound the Muslim call-to-prayer from the Duke Chapel Bell Tower, Duke University nixes the plan.

The vice president for public affairs and government relations Schoenfeld said that clearly what was conceived as an attempt to promote the unity was not having the anticipated effect.

Earlier this week Duke University announced that it will sound Muslim call to prayer on Fridays. This decision raised eye brows of many individuals. 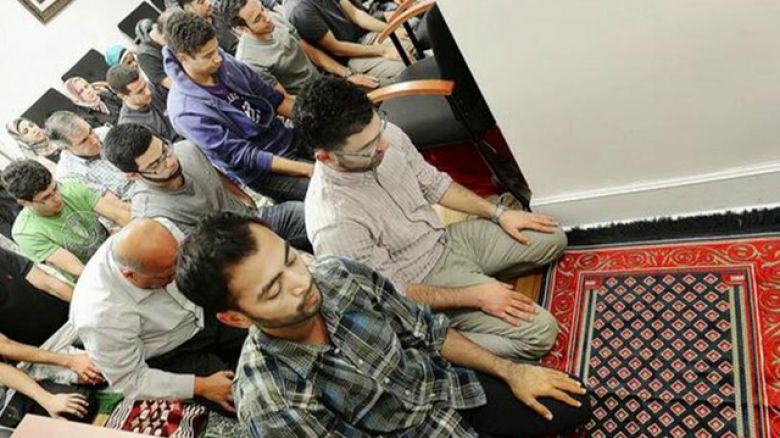 In a statement, the university said that the Muslim call to prayer (known as Adhan) will last last for about three minutes and will be amplified moderately from the Chapel Bell Tower.

The Muslim chaplain at Duke, Imam Adeel Zeb said: “The adhan is the call to prayer that brings Muslims back to their purpose in life, which is to worship God and serves as a reminder to serve our brothers and sisters in humanity. The collective Muslim community is truly grateful and excited about Duke’s intentionality toward religious and cultural diversity.”

The chapel’s associate dean for religious life, Christy Lohr Sapp added: “This opportunity represents a larger commitment to religious pluralism that is at the heart of Duke’s mission. It connects the university to national trends in religious accommodation.” 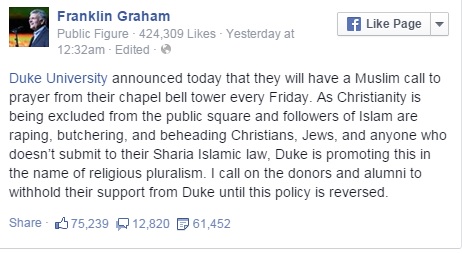 Criticism of the university was voiced by Rev. Franklin Graham on the social media website, Facebook. He insisted the Duke donor to withhold the support till the time this policy is scrapped.

The call to prayer was discussed by Steve Doocy with Robert Jeffress (a pastor).  Jeffress argued over the statement that Duke’s decision is in the name of “diversity” by stating that the Duke University canceled a pro-life event at its women’s center once.

Jeffress stated: “Those who cry loudest for tolerance are often the most intolerant when it comes to viewpoints they disagree with. This is a travesty coming from a school that was originally founded as a Christian school by Methodists and Quakers.”

Steve Doocy questioned whether the Duke University will also devote time and energy to amplify the Our Father for Christian students.

Evangelical students at Dukewere called on by Jeffress to demand to recite John 3:16 on the loudspeakers. He wondered how far this request would go.

He also added that the First amendment allows people to practice whatever religion they want to, but it does not obligates that all religions get equal time.