It’s been 4 days since the viral controversy regarding YouTuber Ducky Bhai and an influencer. However, the story continues to turn heads as both parties keep responding with their perspectives. Ducky Bhai has something to say on his part of the story about the 14 August controversy.

Today, Ducky Bhai finally decided to share his side of the story and point of view about 14 August. Ducky Bhai is being called out by a faction of the public for insensitive remarks made against a woman, and for inciting hate against her. 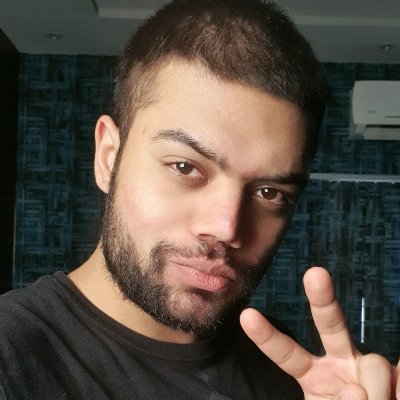 The girl, who is a prominent influencer on Instagram and Twitter, roped the Pakistani flag around her dog’s neck celebrating 14th August 2020. While the action might be looked upon in Pakistan, many countries are used to this showing of affection.

I want to make one thing clear. I've been on YouTube since 3 years and never convinced any of my audience to say anything to anyone. Almost all my videos ends with "kisi ko hate dene ki zaroorat nahi hai" I always take permission before roasting anyone. And I'll keep doing it (1)

Moreover, Saad stated that he takes permission from people before roasting them in his videos.

People like to take things out of contex. Now if i take this issue to YouTube with legit explanation watched by millions of people then guess what ? All my audience are gonna come to Twitter to back me up and you are gonna call it bullying. Jabke they are just supporting me. (2)

Furthermore, Ducky Bhai said that his words were being taken out of context. He gave a hint about his strong following who would act on his command and come for support.

Talking about the allegations against him for using India as his Youtube channel’s location, this is what Saad-ur-Rehman had to say.

Another thing that's circulating that my Channel country shows India. It's not my fault if you never made a YouTube channel so let me educate you. There is no superchat and membership feature in Pakistan. So you need to change the location to the eligible county. (1)

I am a gamer/live streamer and i want my live streams to properly work. I'll change the location to USA or UK if you want but can't change to Pakistan because of no live streams features. Just like you need to change your Facebook page location to enable your monetization (2)

But despite Ducky Bhai comments and side of the story on 14 August, people were adamant with claims. That he could have selected a different country than India. Ducky even stated that he did so because if his channel was potentially hacked, the communication would be easier.

The response he got to those comments, was not as sweet as Ducky’s attempt to prove his positive outlook on the matter.

However, Ducky continues to gain followers on his social accounts. He has a huge following, and his work should be respected because he caters to a huge audience. The matter should not be dragged any further and put to an end.

This issue has garnered a lot of attention on social media. Fellow YouTuber Irfan Junejo too spoke on the issue and decided to dissociate himself from Ducky Bhai. Here’s to hoping that everyone involved in this incident learns something from it. Both parties are diligent intellectuals with huge followings, we hope they reach a truce, and so do their followers.

What do you think about this story? Let us know through comments.

OMG! Age Gap Between These Pakistani Celebrity Couples Will Shock You
Two Years Of Naya Pakistan: Here Is The Report Card Of PM Imran & His Team
To Top