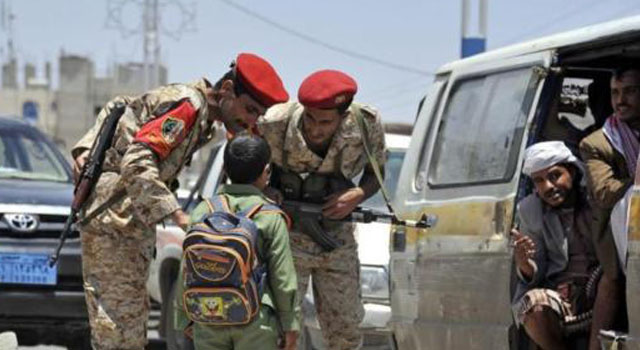 Three leading members of al-Qaeda among 55 killed in “unprecedented” joint operation conducted with US drones.

Yemen’s interior ministry says 55 members of al-Qaeda have been killed in what has been described as an “unprecedented” joint aerial campaign with the US that targeted a training camp operated by the group in the country’s south.

A statement from the ministry said three senior members were among those killed in an hours-long series of strikes, without elaborating. It said the identification process for those killed was continuing.

The operation, which ran from Sunday into Monday targeted a sprawling al-Qaeda in the Arabian Peninsula (AQAP) training camp in the rugged mountains of Mahfad between Abyan, Shabwa and al-Bayda provinces.

A Yemeni official said that shortly after midnight on Sunday a drone fired a missile at an off-road vehicle carrying three men in the southern Shabwa province, seen as an AQAP stronghold.

Witnesses confirmed that the vehicle had been completely destroyed and said they saw the charred remains of three individuals.

Shortly after commandos in an unmarked helicopter arrived to retrieve the bodies, they said.

“The operation seems to indicate that one of the dead could be an important leader of al-Qaeda,” one witness told AFP.

US drones on Sunday killed more than 30 fighters when they fired “several missiles” into the AQAP training camp in the rugged Wadi Ghadina region in the southern province of Abyan, a tribal chief said.

A defence ministry statement confirmed that “several” fighters were killed in an attack on “training camps,” including “foreigners”.

The interior ministry said 10 people suspected of wanting to join al-Qaeda had been arrested at a security roadblock in Shabwa.

On Saturday, a drone strike in the central province of Baida killed 10 al-Qaeda suspects and three civilians, official Saba news agency reported. It did not say who carried out the attack.

Meanwhile, two gunmen on a motorbike shot dead an intelligence officer on Monday and wounded another in Sanaa, in an attack that “bore the hallmarks of al-Qaeda,” an official said.

The United States considers Yemen’s al-Qaeda branch, AQAP, to be the most active in the world.

AQAP has been linked to a number of failed plots against the US, and its leader recently appeared in a rare video in which he vowed to attack Western “crusaders” wherever they are.