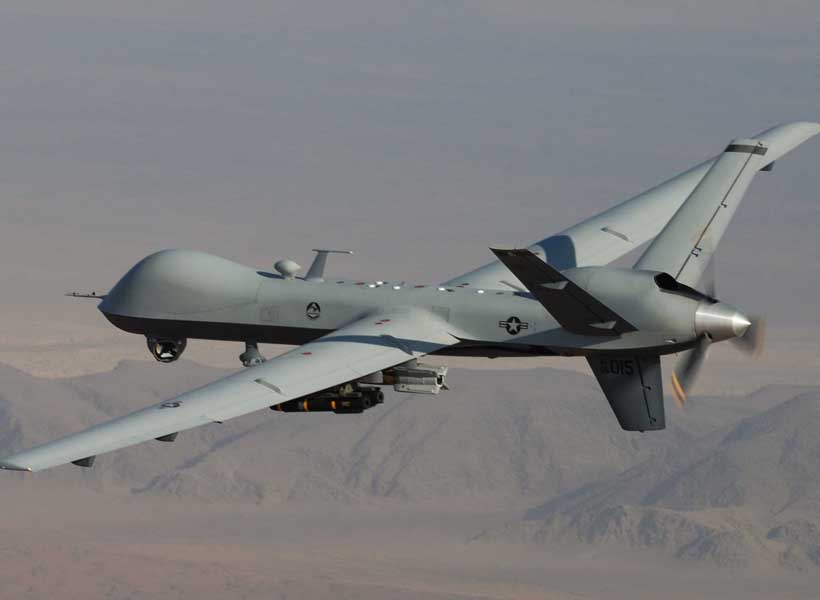 The unmanned aircraft fired two missiles, targeting a house and car in the Datta Khel area of the agency.
According to sources, four of the deceased were foreigners.

The last drone strike carried out in the tribal area was on June 18. It had killed at least six militants in North Waziristan.

More than 2,000 people have been killed in drone attacks since August 2008 according to an AFP tally, with critics charging that the strikes cause many civilian casualties.

On June 11, two successive drone strikes reportedly killed around 16 people and injured few others in Miramshah.

This was the yearâ€™s first drone strike after a six-month lull. The previous drone attack on Pakistani soil occurred on December 25, 2013 in the Qutab Khel area of Miramshah, killing four suspected militants.

According to media reports, the strikes were temporarily halted at the Pakistani governmentâ€™s request.

Netherlands vs Argentina : World Cup 2014 semi-final â€“ as it happened!
Israel air strikes kill 20 in Gaza on third day of campaign
To Top