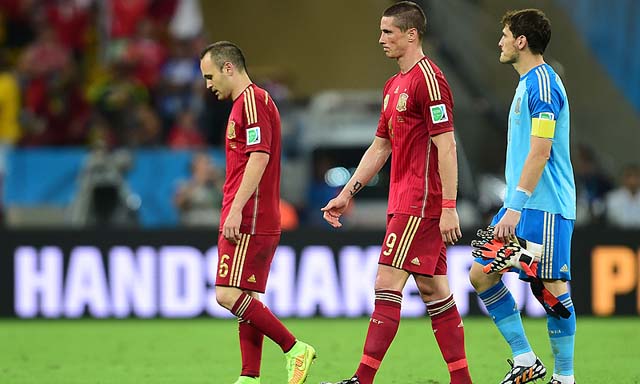 The poignant lyrics of John Lennon’s 1970 song â€œGodâ€ capture how some of Spain’s golden generation of players and decorated coach Vicente del Bosque must be feeling after their shock first-round exit from the World Cup on Wednesday.

â€œThe dream is over. What can I say? The dream is over. Yesterday.â€ Lennon’s words partly referred to the breakup of The Beatles, a cataclysmic event in the history of popular music, and Spain’s failure in Brazil thanks to defeats to the Netherlands and Chile in their opening two group games has sent similar shockwaves around the global football community. 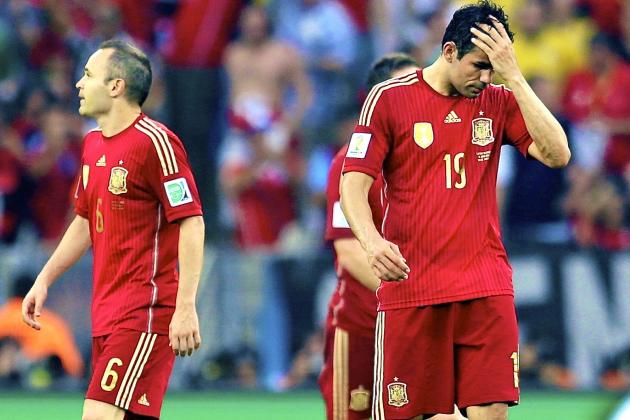 A glorious six-year run at the top of the world game that secured back-to-back European crowns either side of a debut World Cup triumph was brought to a sad conclusion in Rio de Janeiro and will almost certainly end the international careers of several of the players who brought unprecedented success to the Iberian nation.

Used to seeing their team effortlessly controlling games with their â€œtiki-takaâ€ possession-based playing style, supporters of La Roja watched open-mouthed as first the Dutch and then the Chileans humbled their once all-conquering heroes. 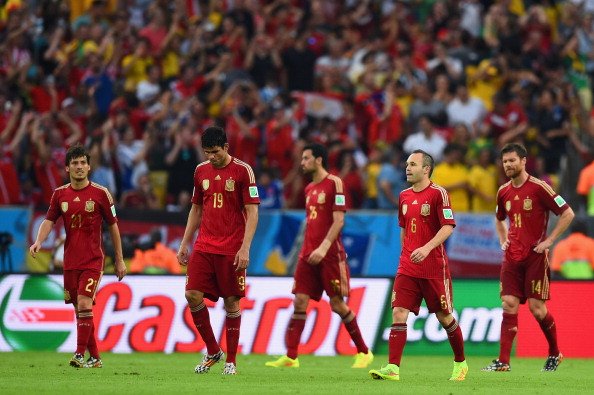 The front cover of Marca sports daily on Thursday simply stated â€œThe Endâ€, with a picture of Andres Iniesta, who scored the winning goal in the World Cup final in South Africa four years ago, alone and forlorn on the pitch.

After the debacle in Brazil, goalkeeper and captain Iker Casillas, midfielders Xavi and Xabi Alonso and forwards David Villa and Fernando Torres are unlikely to be pulling on the Spain shirt when they seek to defend their European title in France in two years’ time.

The future of Del Bosque, the architect of the World Cup success in South Africa and victory at Euro 2012, is also in doubt after he said after the Chile reverse he would consider his position.

â€œWe ask people’s forgiveness,â€ a chastened Casillas, who made a host of errors in Spain’s two Group B games, told Spanish television. 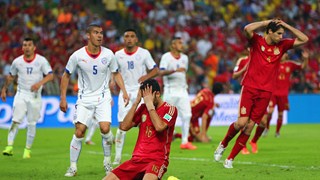 â€œBut they should know that we tried everything to bring them joy once again, although it was not to be,â€ added the 33-year-old, Spain’s most-capped player.

â€œToday is not the day to start blaming and singling people out and saying whether to change or not to change.

â€œThere are several of us who are over 30, the coach will make his decisions and we will respect them.

â€œI don’t know if this was my last game for Spain. We will see. This group of players did not deserve to go out like this.â€

If Del Bosque does remain in the job, and Spanish media reported on Thursday he was likely to continue, his immediate task will be to rejuvenate the team in time for their Euro 2016 qualifying campaign, which begins against Macedonia at the beginning of September.

There is plenty of reason for Spanish fans to be optimistic, with a talented group of players already breaking into the first team who have achieved success at Under-21 level.

David De Gea is being groomed to replace Casillas in goal, the likes of Thiago Alcantara and Koke are similar players to Xavi and forward Diego Costa will at some point surely begin to reproduce the form he showed for Atletico Madrid last season. 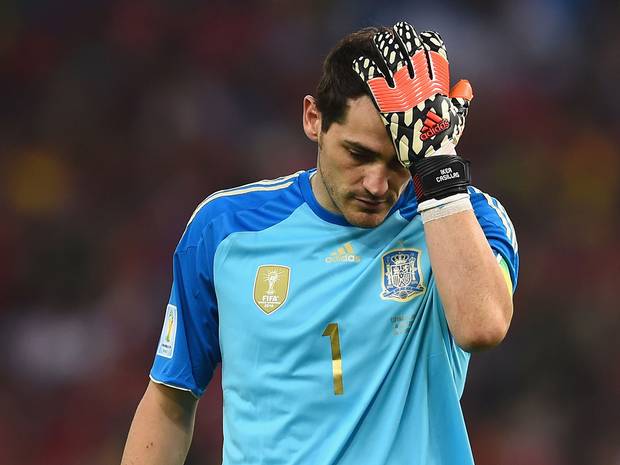 Forwards Fernando Llorente and Alvaro Negredo, who have a similar profile to Costa, as well as Alvaro Morata and Jese look to have the potential to succeed at the top and there remains a core of senior players who still have much to offer, including midfielders Iniesta and David Silva and defender Sergio Ramos.

With such potential, Spain are unlikely to suffer the fate of teams like France, who have consistently failed to show up at major tournaments since winning the 1998 World Cup and Euro 2000.

As Lennon sang to disconsolate Beatles fans more than four decades ago: â€œAnd so dear friends you’ll just have to carry on. The dream is over.â€