As they say, people differ in all the senses. Similarly, there are people who care for others, ethics, moral and humanity more than their own life. When the whole world is struggling to get over the COVID-19, a doctor in Besham, district Shangla, Khyber Pakhtunkhwa (KP), Pakistan has done an extraordinary job.

The doctor gave a death bath and offered funeral prayer of a deceased infected of coronavirus. Everyone denied attending his funeral prayer or gave him a death bath. In these circumstances, the brave and courageous doctor without caring for himself did the job of a Maulana.

Doctor Sanaullah works in DHQ Besham. Besham is a town comes under the realm of district Shangla KP. In such times of adversity when the whole of Pakistan is locked down which is quite important, the doctor performed not only his duty but a duty a human being too. 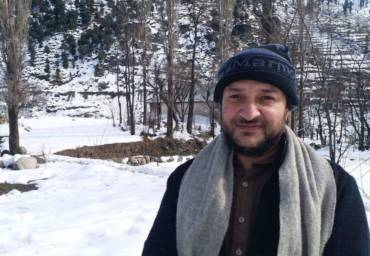 As per the viral pictures, the doctor with his Personal Protective Equipment (PPE) offered the funeral prayer of the departed soul.

In this adverse scenario, when even loved ones leave those test positive with COVID-19, the doctor showcased the world what humanity is. It only takes courage as the doctor was in his full protective gear. It doesn’t mean that doctor has done an indiscriminate job, he took all safety measures before the venture. The only thing which differs Dr. Sanaullah from others is his chivalry and gallantry approach.

He is dr Sanaullah working in THQ Besham. A man with golden heart. A dr who offered funeral and give bath to the deceased of Corona which was refused by others in fear to be infected.
We are proud of you ❤️❤️🥰

People across Pakistan greatly admired the Nobel soul in the following manner.

He was careful, which can be seen in the pictures

Shah sahib is my classmate..He is a good soul..May ALLAH grant him “AJJAR”.
But one should be extremly careful..ALLAH says in the Quran meaning” Dont kill yourself with your hands”.

Salute to him and all the frontline fighters ie doctors & paramedics !

He is rational and brave as well.

RIP😭,
Doctors should also take care of themselves, we should be a bit rational instead of emotional in such a situation.

The lethal pandemic is not leaving any stone unturned in the way causing a catastrophe. Doctors are the front line warriors and saviors of humanity at these touch-and-go times. However, doctors in Quetta were beaten by the police because they were demanding Personal Protective Equipment (PPE). Notwithstanding, the government acceded to their demand lately.

Above all, no matter what, medical the most Nobel profession and doctors are the most required people in these days. The government along with civil society must take measures to protect them on war-footings. Dr.Sanaullah will be remembered in history for his brave act.