Pakistani born and raised, Swiss-based Neuroscientist, Dr. Ali Jawaid, is one of the many overseas Pakistanis taking the world by storm. Dr. Jawaid was recently in Lahore to talk about his latest venture, ‘Nurture through Nature’, and we at Parhlo, were lucky enough to be given some of his time.

Dr. Ali Jawaid, who recently came into light for his breakthrough work on treatment of dementia, is now working on a new project determining the role of epigenetic inheritance of early life trauma in generations of species. What began as a series of experiments on mice led to some major discoveries when similar studies were conducted in humans.

Dr. Ali Jawaid, a Swiss Pakistani Neuroscientist, explains how early life trauma affects development not only in the immediately affected individuals but can also be passed on through generations.

What Is Epigenetics And Why Is It Important?

Their attachment, in turn, may be caused by environmental factors or normal development. In his study, Dr. Jawaid Neuroscientist explains how early life trauma may alter gene expression and may even be passed onto further generations without actually altering the DNA nucleotide sequence.

Can Trauma Be Passed Down Through DNA? 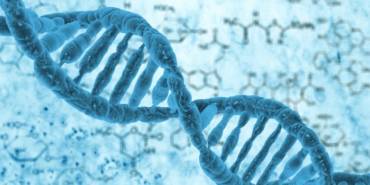 What Is Epigenetic Trauma?

Epigenetic trauma or inheritance early life of epigenetic trauma means transferring of trauma across generations due to some environmental exposure. In his recent work, Dr. Ali Jawaid explains how trauma can in fact be passed on genetically.

His research in mice showed that young mice separated from their mothers had lower levels of HDL which were associated not only with high cholesterol but also a carrier of nurture related modifiers.

These mice showed signs of depression and withdrawal. In order to study the effects of early life trauma in humans, Dr. Ali Jawaid chose the Pakistani population not because it’s his home country but because of the homogeneity of the population (genetically similar individuals).

Due to generations of repeated cousin marriages, the Pakistani population is generally one of the most homogenous populations genetically, therefore, making it ideal to study the effects of epigenetics (effect of environment on the genetics).

How Does Trauma Affect A Child’s Development?

In order to replicate the mice study where the mice were separated early on from their mothers, Dr. Ali Jawaid chose the children in SOS villages across Pakistan who had lost their fathers early on and mothers due to financial restraints. He and his colleagues found that these children were at higher risk of developing anxiety depression, panic attacks and avoidance of school.

Can Trauma Be Passed On Genetically?

The aim of this all he says was “to do quality science and to bring Pakistan on the global scientific map. That dream was realized last year when my research was featured in ‘Science’, which alongside ‘Nature’ is considered the best scientific journal in the world.’’

About Dr. Ali Jawaid, The Neuroscientist 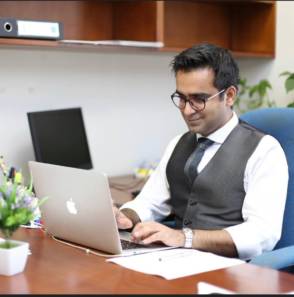 In an exclusive interview with Parhlo, Swiss Pakistani Neuroscientist, Dr. Ali Jawaid explained that he as a child survived an autoimmune peripheral neuropathy by being treated with an experimental drug which is now the standard of treatment for that disease. Obviously being fascinated by this he began exploring how the brain and nerves work at a very early age.

This is one of the reasons why to him going to medical school and later on doing a Ph.D. never felt like a burden to him. He believes that research should be taught right from Kindergarten and that the ability to ask a question, answer it and then validate it is the biggest favor you can do to yourself.

Because it is the research he believes that has almost led to the eradication of Polio and the discovery of the internet.

His advice to youngsters is to ‘’nurture your curiosity, seek good mentors and be perseverant and think outside the box’’. He further adds to do research to sate your curiosity not to polish your CV.

What Made Dr. Jawaid Pursue Neuroscience?

According to Dr. Ali Jawaid,’’ I think I would be secretly doing Neuroscience even if I pursued another career.  Just like how I am pursuing other ‘careers’ now while being a neuroscientist. I thought about becoming a detective, a diplomat, and video-grapher at different points in my life.

Somehow, I am able to still be a ‘detective’ trying to find clues in brain cells, be a ‘diplomat’ while fostering international scientific collaborations, and be a ‘video-grapher’ on my Instagram.’’

His thoughts on Aga Khan and Switzerland:

‘’Aga Khan is an excellent institute for clinical medicine and of course I have a very strong bond with it. However, in Switzerland, I have been able to pursue science at a much rapid pace because of the abundance of resources and funding. I hope that we start taking research more seriously in this country’’

When asked how he finds time for writing, Dr. Ali Jawaid said he believes it’s important to keep frenzy in your mind alive. Science makes you too organized and then writing comes as a relief as it allows me to embrace the chaos in my mind. It also provides catharsis, nurtures spirituality and keeps me sane by allowing the release of my insanity. ‘’

When not working he loves traveling; has been to almost 50 countries and wants to travel to 50 more in the next decade. He loves writing fiction and poetry which is available on his website. He recently got into yoga and enjoys Netflixing sci-fi and psychological thrillers (Dark being his favorite series). Not only this he keeps his friends entertained by cooking for them and doing mimicry!