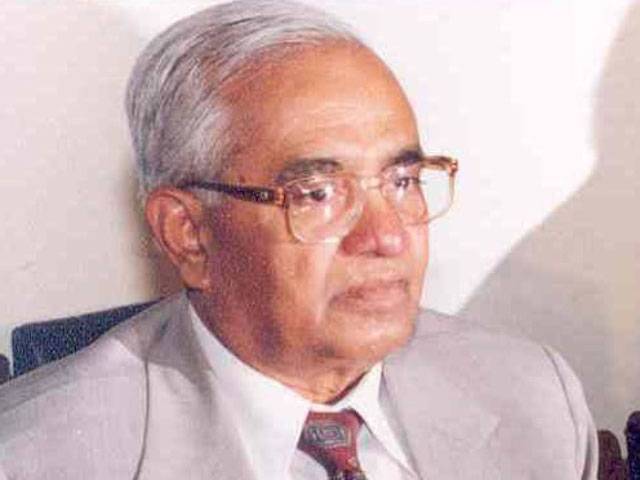 Dr. Abdul Wahab was the former dean of one of the most prestigious business schools in Pakistan; Institute of Business Administration. He was well-reputed for not just imparting a lot of success and development to the school, but also for being a man of strict principles.

He was well-respected and highly regarded in the society for his contributions to the education sector of Pakistan. It is indeed a sad day for IBA graduates and our society in general. We owe a lot to this gentleman.

Just in case you did not know why he is so well regarded, we have compiled a list of some of his noteworthy actions.

He denied admission to his own son at IBA

And even though it feels like not a big deal, it is certainly hard to imagine being in his position and writing a rejection letter to your son. If he wanted, he could have waived off the issue and let him through to the interviews but he did not. Instead, he stood by his principles and did not compromise merit over family.

We salute him for such a great resolve!

He tackled Gen. Zia’s pressures of admitting a student

During his presidency, Gen. Zia ul Haq wrote Dr. Wahab a letter, ordering him to admit one of his references into the institution. According to Dr. Wahab, he was very concerned and confused as to how he should tackle such a situation.

After interviewing the young man, he figured that he could not survive in the business school for long due to the way things are taught. He let him stay at the boy’s hostel and let him come to class without registering him as a student. A week later, the boy was on his way back to Bahawalpur as per his own wishes.

Dr. Wahab stated that this incident upset Gen. Zia but he couldn’t do much about it because it was the boy’s own wish.

Rid University of Karachi of unregistered residents in the hostel

During his time in the University of Karachi, there were many students living in the hostels without being registered. He suspected most of them to be workers of student unions of political parties. He began a crackdown on them and got them out of the hostels to ensure the peace within the campus. This was indeed a brave step and only a man of valor could have initiated and stood by such a decision.

Dr. Abdul Wahab was certainly a source of honor for the educational industry of Pakistan. He ran major institutions in Pakistan assuring merit and competence with worthwhile results. We, as a nation today, indeed have lost a gem who had eminently played his part in improving the education system of Pakistan. Sadly, we only realize the worth of such valuable people once we don’t have them around anymore.

May he Rest in Peace.

[QUIZ]-How Well Do You Know Pakistan Army?
Those Who Don’t Believe In Celebrating Defense Day Need To Read This!
To Top