Extravagant weddings in Pakistan have become a common practice. Weddings nowadays have turned into a ‘show’ where two families struggle to deliver a display of power, wealth, and honor. The essence of marriage has lost its value. And the worst part about these lavish weddings is yet to be mentioned; the dowry.

When did dowry become such an obvious custom in marriages? Where did it originate from? Who came up with an idea so disturbing, where we involve business into a sacred occasion! Many would refer to the story of Our Prophet (Peace Be Upon Him) giving dowry to Hazrat Fatima (R.A). Well, let me break it to you; it never happened the way we know it.

After migration to Madinah, companions of the Prophet (Peace Be Upon Him) were too poor, as much that they did not even possess the basic necessities of life. Hazrat Ali (RA) was one of them. Prophet (PBUH) was not only his companion but a brother and also a guardian. 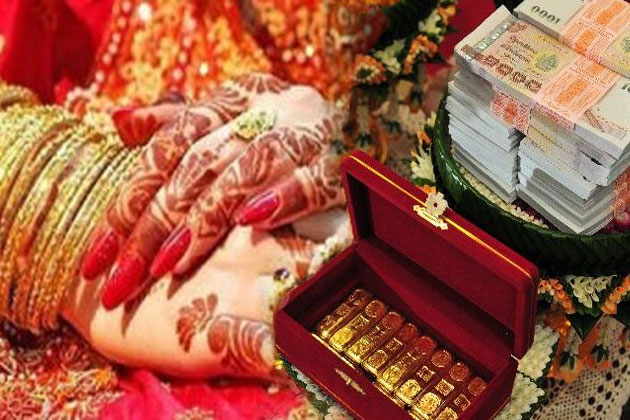 Dowry is not the precedent Our Beloved Prophet (PBUH) set

Then who did it? Who brought business transactions into a sacred affair? On one hand, the groom is overburdened under debts in order to assure a lavish wedding which suits their honor and apparent status. On the other hand, his family expects the ROI in the form of dowry!

And that from a father who already spent every single penny he had to make sure his children eat well, study well and grow well. Is that not enough? Is taking his daughter not enough that we need to add-ons?

Harsh, but true. The reality of weddings is hideous, cloaked conveniently under glorious, sugar-coated titles. It ends up being a cold war between two families who try to keep their honor intact by going through an illogical series of events, a mere power display.

Is that how relations must build? Is that how love is cultivated? What sort of sentiments do we expect to flourish under the flag of a mere power struggle, show off and fake ‘perfect’ wedding, while the families go financially broke after?

Why put men into so much trouble? There is no Sunnah in it, no Islam in it.  This is nowhere near what it should be like. Do you talk about women empowerment? Allow me talk about men empowerment!  Our society needs to stop price tagging their sons!

We need to let a girl’s father hold his head high, without the worries he doesn’t deserve to hold. We need to stop overburdening these men, who already work so hard earning a livelihood for their families, with our idea of a ‘perfect’ wedding.

Weddings don’t attain perfection by throwing money into it. Weddings flourish with love, simplicity, and pure intentions, where there are hearts that pray for each other and not eyes that look for superficial things that shouldn’t matter.