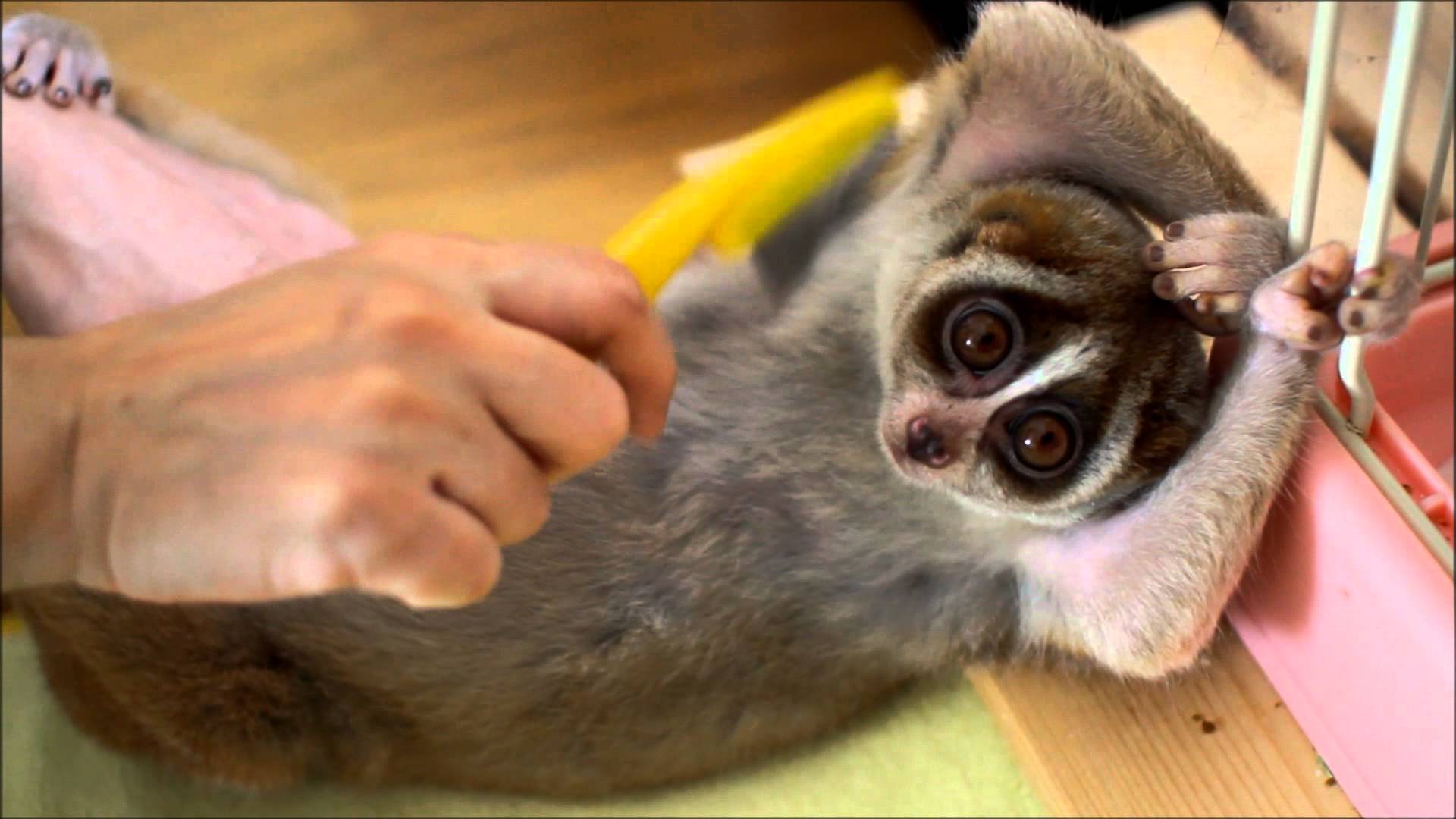 It’s not often you’re called out on sharing pictures of cute animals. Who DOESN’T want to see pictures of tiny puppies jumping around in the snow?? 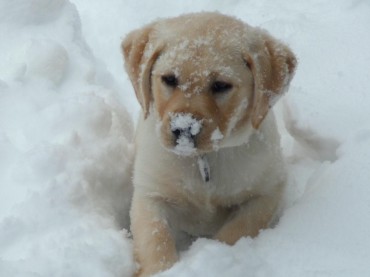 LOOK AT ITS LITTLE GRUMPY FACE!

But this isn’t really about puppies in the snow, or puppies at all.

This is about the needless and impulsive sharing of posts of cute animals, that are illegally domesticated.

This doe eyed, fluffy primate is found from South East Asia to North East Asia, and lives in trees in rain forests in places like Philippines, Malaysia and Indonesia. Their docile personalities seem to make them the perfect pets.

This is not so.

Slow Lorises, more so as of 2015, than any other year, have been smuggled from their natural habitats to be sold off to people as pets, which is truly tragic because they are not meant to be kept as pets.

The Slow Loris has a venomous bite which can be harmful for humans, but as their venom gathers from glands underneath their arms to mix with their saliva, their teeth can be clipped or pulled out to avoid being bitten. 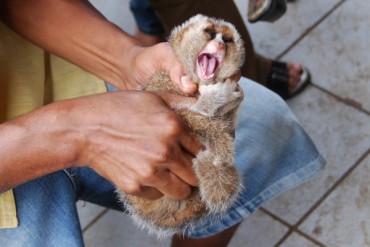 Having their teeth pulled out is extremely painful, but is usually opted for, and is often done with little to no regard for the animal.

The Slow Loris’ venomous glands are their only defense, which they use when they feel extreme terror and or threatened.

They often feel this terror or threat as pets when people “tickle” the Slow Loris. 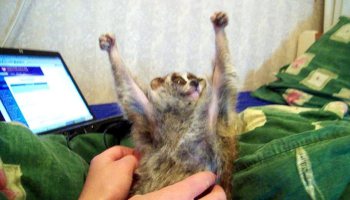 As it is not in the Slow Lorises’ nature to flee, many of its owners interpret its immobility as a sign of the furry primate enjoying the tickling.

All seemingly-cute videos of the primate being tickled, are actually of a terrified animal that is in surroundings it can not make sense of, being approached in a way it finds completely uncomfortable, and is trying to protect itself from what seems to be an incoming threat.

Many of the owners are aware that their Slow Loris has had its teeth removed, and so they do not have to worry about being bit. 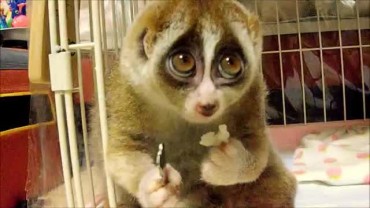 The people who upload videos of them feeding the animals, are often giving them food that is not in their usual diet, which causes malnutrition, and eventually leads to their death. Slow Lorises are nocturnal animals, and not used to the bright lights people normally sit in, and so the video conditions and lighting in which the videos are shot in, cause extreme discomfort and pain for their eyes.

These docile animals are at the brink of extinction, and so the brutal conditions they are smuggled in and subjected to, causes them unnecessary pain, adding to the death toll.

The next time you see a video depicting a Slow Loris as enjoying life in captivity outside of its natural habit, be sure to report the video and post, and tell others not to share it as Youtubers and Facebook posters are encouraged by likes and shares.

Seeing how popular their posts are, regardless of whether the popularity is negative or positive, the owners of the videos and pictures will continue to upload and attempt to make their ‘pets’ go viral.

Do not be a part of this.

Do not be the reason another innocent animal loses its life. 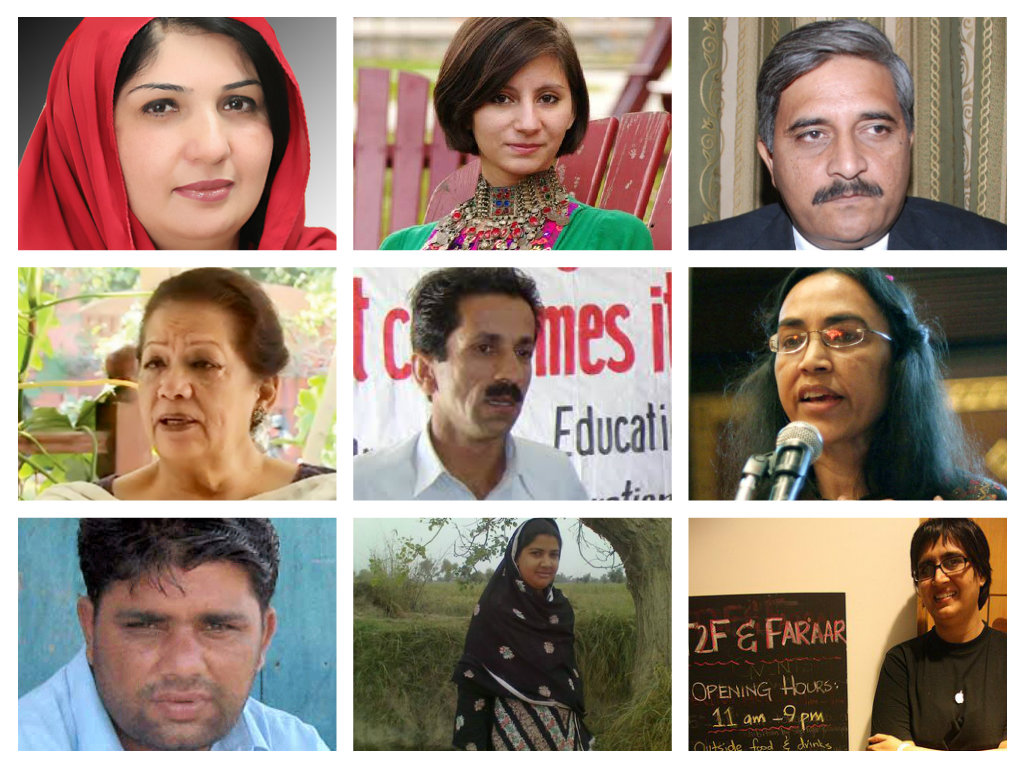 Also See: 8 Human Rights Activists Silenced In Pakistan In The Recent Past

This Pakistani Woman Will Change Your Views On Arranged Marriages!
Pakistan Win Ten Medals In The Street Child Games
To Top