Is ‘Donkey Milk’ a Substitute for Breast Milk? Here’s what Rani Apa has to say! 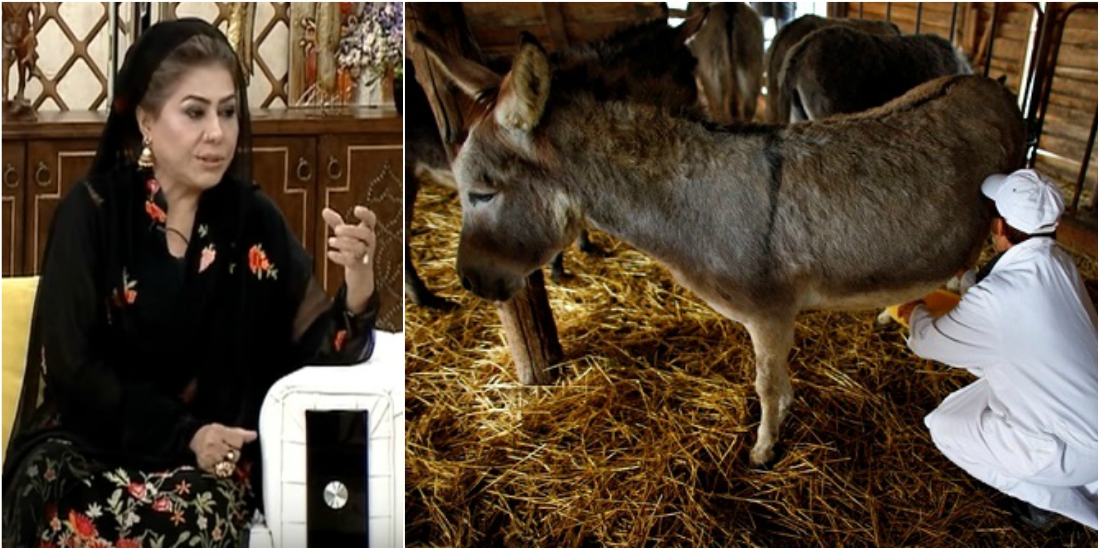 In the past few years, the news of restaurants and cafes selling donkey meat, dog meat, pig meat and turtle meat etc in Pakistan spread like a wildfire. Some of the eateries were also shut down by the health authorities. However, the last thing we would want to hear is that Donkey milk is beneficial for humans. Yes, it is hysterical and we were surprised too!

On Faisal Qureshi’s morning show ‘Salaam Zindagi’ which airs on Ary Zindagi, Rani Apa was invited to his show where she surprised the audience with a new insight, at least new for Pakistanis. It all started when they started discussing the benefits of milk and yogurt, and how its consumption is essential for every human being.

Further, into the discussion, Rani Aapa also mentioned Donkey’s milk being beneficial to us. Not just that, but she also said that Donkey milk is actually the closest to human breast milk. The reactions were surprising!

This was indeed a shocker for a lot of us and some just couldn’t contain themselves! They were certainly not happy! This triggered our curiosity, and got us started on our research to see if it was actually true! Well, after a little research, Donkey milk is actually proven to be beneficial! Donkey milk is said to have less fat than a cow’s milk, is sweeter and has anti-inflammatory omega-3 fatty acids. Unbelievable, right?

It is funny and as much fun as we make of the donkeys, let’s say they’re proving to be beneficial. Well, at least their milk is. LOL.

You should do your research too! It is going to be fun!

However, after watching this video, it would be advisable for one to get in touch with a scholar to find out more on whether Donkey’s milk is Halal or Haram before opting for actually drinking it or feeding it to your children.