The US President Donald Trump tweets to hail the arrest of Hafiz Muhammad Saeed, Chief of Jammat-ud-Dawa (JuD). Saeed was the one pulling the strings behind the 2008 Mumbai attack. Moreover, after the terrorist attack, the United States ended up placing a bounty of $10 million on him.

Saeed was arrested by security forces on judicial remand as he was presented in front of the Gujranwala anti-terrorism court (ATC), said a CTD Punjab Spokesperson. The Pakistan counter-terrorism department mentions he has been arrested for terrorism financing. 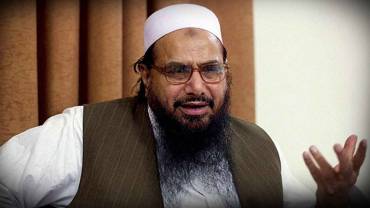 Regarding his background, he is the founder of Lashkar-e-Taiba (LeT) that is a militant group responsible for the Mumbai attacks. These allegations have been furthered and supported by India and the United States. Furthermore, the attack had killed more than 160 people.

About the arrest, JuD’s spokesman Nadeem Awan said, “The cases against him are all related to fundraising,” to add, “He is charged with terrorism financing.”

“We are going to the High Court, and we will continue to use legal means to fight the injustice against us, and we believe the courts will support us,” Awan concluded. It appears that JuD will be looking for ways to bail Saeed out.

Regarding the arrest, US president Trump then took to Twitter as usual to tweet out his thoughts. He wrote, “After a ten-year search, the so-called ‘mastermind’ of the Mumbai terror attacks has been arrested in Pakistan. Great pressure has been exerted over the last two years to find him!”

After a ten year search, the so-called “mastermind” of the Mumbai Terror attacks has been arrested in Pakistan. Great pressure has been exerted over the last two years to find him!

The thing is, the tweet mentions that there was a search for Saeed for about ten years, while within Pakistan his whereabouts were known. The information coming from the U.S President himself seems mismatched. Also, does Donald Trump ever tweet about Pakistan in a positive light instead of when his own concerns are involved? Not too often. Additionally, this isn’t the first time that people have called him out for his beliefs. 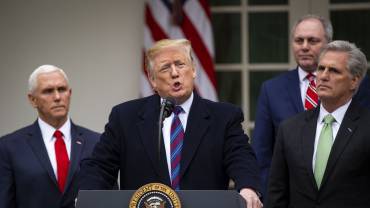 Prime Minister Imran Khan will be visiting President Trump next week on the 22nd of July to discuss internal matters as well as cooperation between the two countries. It is said that the talks will include the U.S’s intervention in Afghanistan and its on-going effects within the neighboring country’s crisis.

Here are some of the replies by people that were confused by his meaning behind the “ten-year search”:

“So-called”..!!! Is this sarcasm directed at Pakistan? Or you are serious? BTW, he was openly doing rallies these 10 years….founded a political party and even fought an election. Did he need to be found”

“So-called”..!!! Is this sarcasm directed at Pakistan? Or you are serious? BTW, he was openly doing rallies these 10 years….founded a political party and even fought election. Did he need to be found 🤔

To find him? Hafiz Saeed moved freely around in Pakistan and gave regular sermons in his mosque.

To find him? Hafiz Saeed moved freely around in Pakistan and gave regular sermons in his mosque. https://t.co/ZiG3mAoKBx

As Saeed had been released from house arrest in November 2017, the State Department released a statement. It said, “The Pakistani government should make sure that he is arrested and charged for his crimes,” to further add, “LeT is a designated Foreign Terrorist Organisation responsible for the death of hundreds of innocent civilians in terrorist attacks, including a number of American citizens”.

What do you think of the situation? Did you think it was a mistake on Trump’s part or did he not research enough to tweet? Share your thoughts.

The Sci-Tech Conference Has Invited Malala Along With Lots Of Well-Known Tech Giants!
DG ISPR Took Another Dig At India After They Lost The Kulbhushan Jadhav Case In ICJ And We Adore His Style!
To Top