A Dolphin Officer Proposed to a Girl in the Streets And Pakistanis Didn't Approve of It!

When it comes to making proposals, there are many who love doing it the grand way. The cliche, yet one of the most beautiful, simple ways remains to be the one-knee proposal. Girls, they love that kind of proposal, especially when it does in an outdoorsy location.

Similar to this is what a local officer of Dolphin force did while proposing to his girl. However, his gesture was WAY cooler than what we see in films.

The officer had asked his fellow officers to ride on their bikes and form a circle around the couple. The officers on bikes were circling around the couple, with the girl being completely surprised in awe. There are fireworks next to the couple as the officer gets down on one knee, holds her hands and asks for her approval. With her given yes, the couple then share a moment of happiness by hugging each other.

In Pakistan, a country established in the name of Islam, such grand gestures are opposed, given how it falls under the category of “unlawful relationships”. But obviously, there’s no need of that reminder as to when the locals saw this video circulating on their social spaces, they lost their cool.

Here’s the Reaction of the Pakistanis But wait a minute! You thought this is happening in Pakistan? Our local Dolphin Pakistan officer did this? A Pakistani man did this grand gesture in the streets of Pakistan? Wow…is that even remotely possible? You thought this was Pakistan and therefore, you started bashing your men, didn’t you?

Surprise surprise, this video is from Turkey! 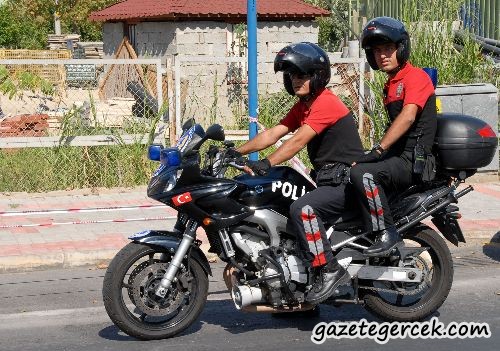 But we are just too quick to bash our people, our own men without knowing the truth behind something. Theek hai, Pakistaniyo!

Recent Posts
Trending Posts
These Pictures Showing Wasim Akram’s Fitness Will Make You Want to Hit the Gym!
Ed Sheeran Made an Appearance in Game of Thrones and Left Us All Very Confused
To Top