It has been around nine months since the PTI (Pakistan Tehreek-e-Insaaf) came into power in the center and three of our provinces. Since then, our Prime Minister appears a bit confused with clear expressions on this aging face itself. Sometimes, you may watch and hear him going absolutely blank in the middle of a speech or presser.

While at times you would come across his citations of facts and figures just going about berserk. Amidst a dubious economic policy and inexperienced cabinet ministers, the Pakistani rupee had to suffer the major brunt. And, this has inevitably turned the situation scary for an average Pakistani whenever they search Google for dollar price today. The situation turns more frustrating when one can’t condemn nor vent their emotions over the on-going and ever-rising dollar rates in Pakistan. Until last year, we saw a few meaningful steps taken in the direction of the nation’s prosperity.

It Was A Not-So-Required Opening, Whatsoever…

If Only Nostalgia Were A Remedy…

Our PM, the great Imran Khan, has been the recipient of the sole World Cup trophy that we have so far achieved. A feat in itself, when you consider the determination and resilience that worked at the backstage of the competition back in 1992. Even when all hopes of reaching the knockout stage itself were on the verge of ruin, our team emerged from nowhere to rule the roost. Those were really proud moments for the entire nation, besides the skipper, when the world saw the sapphire crystal trophy taking a flight to our country.

A moment it was when we all paid homage to our brave captain, Imran Khan, who led the side from the front. We remember the time when we saluted Khan’s ingenuity, unmatched planning, and exemplary execution while in the field. In a time when no one anticipated us coming off with flying colors, Imran was the only glimmer of hope. Period.

Good Players Need Not To Indulge In Power Politics

We mean playing in a cricket ground on some pitch with ten men at your side, trying to make the opposition bite the dust. Yes, you may captain a side for several years at a stretch, maintain a winning streak. You are an ideal guide and lead a group of young, aspiring players who imbibed inspiration from your expertise. And, you might also go an extra mile that is not always welcomed as a desirable gesture. Affecting the team selection process through unnecessary interference and backdoor player politics have played havoc with our cricketing fame. That’s all that most of our cricket team’s ex-captains have been involved in throughout their career stint. Better to keep in mind that one set of leadership rules cannot be applied in exactness where leadership role lies on an enormous canvas.

When he bid farewell to the sport following the World Cup victory, skipper Imran announced the setup of a cancer treatment hospital in Lahore in his late mother’s memory. Incidentally, his mother had passed away due to cancer itself, which gave the voluntary treatment center its name. So far so good.

Imran Khan’s political aspect has turned more of a discussion topic these times than his inborn sportive skills. Come the year 1996, we witnessed a fresh side of him with the inception of his Tehreek-Insaaf party. At a later stage, the novice party acquired the current title, PTI. At its budding stage, the political umbrella it offered couldn’t attract much of a crowd. With time, Imran’s agenda got through the masses until his struggle for nearly a quarter of a century resulted in fruition. In the 2018 general elections, finally, Imran Khan’s PTI emerged as the majority party, with its founder enthroned to the premiership seat.

Related reading: Here’s How Online Marketplaces Are Driving Pakistan Into The Digital Future!

The player Khan, essentially, is seen unable to foster the nation’s prime needs in the field of economy, justice and anti-corruption drive as PM Khan. Wherein actions speak louder than words, the ruling PTI seems like losing the all-important battle. Whatever our PM claimed to put into practice in accordance with his political manifesto, it all now looks an uphill task. Easier said than done, that’s what is being proven since 9-odd months. The economic crisis that has grappled Pakistan requires a more practical and visionary approach for their resolution. Despite all drastic measures, no dollars flowed within and loans were obtained from Saudi Arabia, UAE, and China. What the dollar price today casts as its ill-effects, the nation bears the rising inflation that is sky-rocketing at a phenomenal pace. 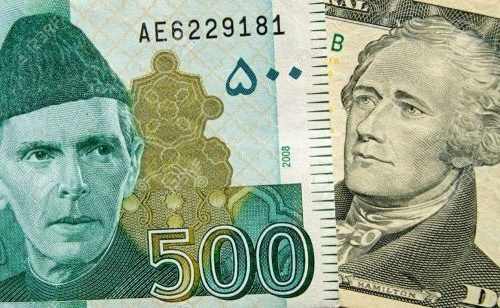 Out of sheer helplessness and finding no way out, the PTI regime chose to approach the IMF. The Fund devised various stringent pre-qualification conditions for its 6 billion dollar loan. One of their prerequisites ensures that the dollar price needs to adjust itself according to free-floating Pakistani rupee. Since the very onset of PTI’s government, the dollar rates in Pakistan were on a continuous, gradual rise. Ever since, the world’s most powerful currency, the US dollar, hasn’t looked back in our state.

Since September 2018, the PKR has been continuously plunging against the strong dollar. The swiftness with which our currency has suffered continual devaluation tends to beset our fragile economy even further. For an average person, dollar price today and every subsequent one matters significantly in the wake of our PKR’s highly volatile value. The current situation of dollar rates in Pakistan doesn’t afford to paint a hopeful picture in times head. In other words, the instability of the local currency contributes directly or indirectly to many an adverse situation. Some of these are briefly hinted at beneath:

The foremost effect of rupee depreciation was the rise in fuel prices. Since January 2018, we have seen our budget for petrol and its related products on a steep rise. The rapid shifts in the prices of all essential fuels like natural gas, gasoline, kerosene oil, and diesel have contributed heavily to the undue surge in inflation. 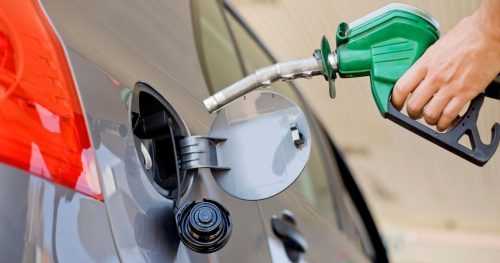 Rupee depreciation against the dollar is causing inflation all around and almost in all markets and industries in Pakistan. The micro-effects of inflation within a society appear gross and alarming to a major section of the population. Inflation has cruelly clutched our social, economic and administrative spheres with its claws. Going by national and international surveys, our inflation rate is certainly not bogging down for quite some time.

Probably the most evident and straightaway economic crunch of the devaluation of the Pakistani rupee is that the cost of import items turns higher. This also applies to industrial raw material costs. Due to the currency slide, all imported goods experience dearness which leads to a trade deficit. Also, the overall investment environment within the state gets repulsive. Amidst dearth of foreign direct and indirect investment companies, our dollar reserves slacken and employment opportunities dwindle profusely.

Trade And Commerce Pacts Being Signed And Exchanged: Progress, At Last?

So, should all this be a cause of grave concern for us, the average citizens of Pakistan? Are we in for tighter financial scenario in the near future? The precise answers to these lie with our government’s economic team, with whose skills rests our sustainable viability. At a private level, our scores of economic think tanks can give in their due share. The time our premier’s dreams and ideology see the light of the day, well — that’s a complete story altogether that we’ll cover here later.

10 Lessons Of The Second Ashra Of Ramadan For Blessings And Mercy!
15 Best Weight Loss Foods To Jump-Start Your Summer Body!
To Top