Oscar-winning Pakistani director Sharmeen Obaid Chinoy’s facing a monumental controversy. Her reputation has drastically declined in the eyes of Pakistani people; she accused the treating doctor of her sister of harassment after he sent her a friend request. 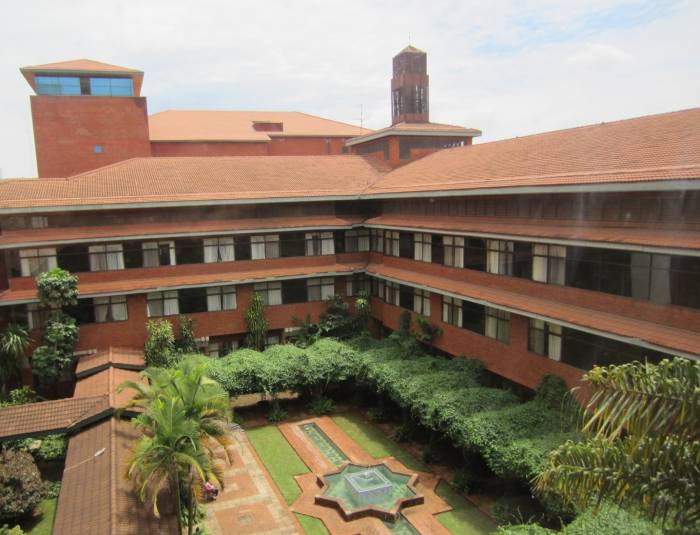 Social media went into a meltdown. Even Ali Moeen Nawazish spoke up. Not to forget, Syed Shafaat Ali also took the chance and spoke about the whole controversy. Ushna Shah has a lot to say as well.

We learned how people are taking the whole story way too far on social media. Plus, the doctor has been offered a  position by a renowned hospital as well. And now, before we come to a conclusion, a major report is raising many eyebrows…

This will boggle your mind…

A renowned journalist has come forward with a claim.

Turns out the dr suspended after @sharmeenochinoy’s complaints was ALREADY under investigation for harassing other staff and patients.

People wanted to know the authenticity

is this confirmed? really need a source so i can quote it to all those who were defending him.

She is quite sure of it…

Yes. Confirmed by a senior Journo who confirmed with a member of the board.

I’m sure it will eventually.

All based on this screenshot made by someone, someone told him something that some doctors. Naah, don't distract! This can be fake! pic.twitter.com/WjssIr8vBj

Actually, no. It isn’t. Because I know the person whose profile it was taken from. 🙂

And yet he remains comfortably anonymous! https://t.co/CAkQGCB1S5

That’s not all; have a look at this account – an eye-opener? 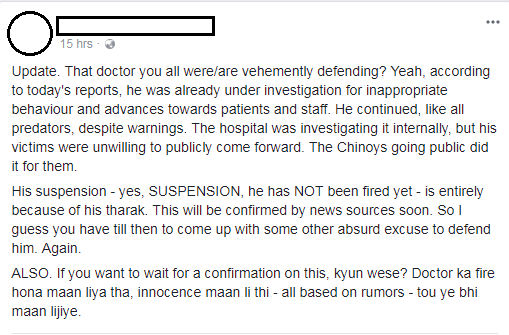 This is a shocking twist in the tale. We cannot rely on one source and we are not sure about its authenticity either. But people seem to be trusting it and giving a shut-up call to all those who believe the doctor has nothing on his part.

The debate is wide opened and who is this anonymous doctor anyway? Why hasn’t he come out with a proper statement and his side of the story? The story remains inconclusive and before we know it, another major update would surface the headlines any time.