Do you know Malala? Yes? Do you know Nabila Rehman? Unfortunate! - Parhlo 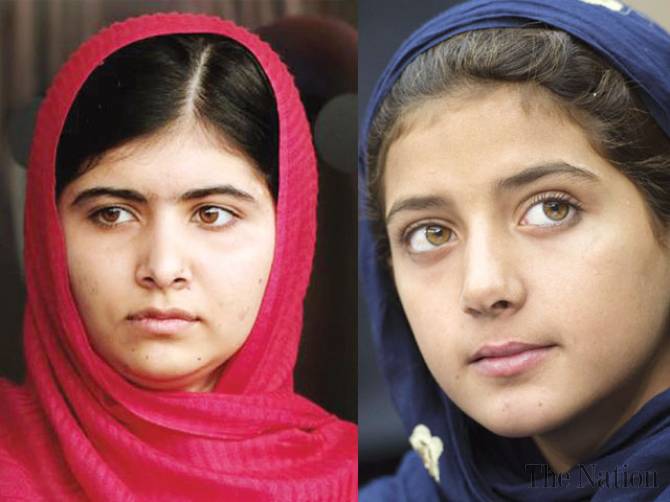 Nabila Rehman, her siblings and her grandmother were attacked by a drone flying over North Waziristan on 24th of October 2012, as they worked in a field alongside their town home. Her grandma, Momina Bibi, was showing the kids how to pick okra as the family was busy with the Eid vacations preparations. However, on this day the appalling occasion would happen that would change the course of this family’s life forever. In the sky the kids abruptly heard the unique buzzing sound emitted by the drones automated by CIA. It has now become a natural sound to those living in the rural northern areas of Pakistan. The drones stalk them 24 hours a day, followed by two noisy clicks. The unmanned airplane discharged its lethal payload onto the family of Nabila Rehman, and in a moment the lives of these kids were changed into a bad dream of agony, perplexity and dread. Seven youngsters were injured, and Nabila Rehman’s grandma was executed before her eyes, an action for which no statement of regret, clarification or rationale has ever been given.

Some time back Nabila Rehman, her father (who is a school teacher), and her 12-year-old sibling made a trip to Washington DC to recount their story and to look for answers about the events that happened that day. Though, in spite of overcoming unfathomable snags to go from their remote town to the United States, Nabila Rehman and her family were entirely disregarded. At the congressional listening to where they gave testimony, just five out of 430 representatives appeared. Nabila Rehman’s father said to those few who did go to: “My little girl does not have the face of a terrorist nor did my mother. It simply does not make any sense, why this happened… as an educator, I needed to teach Americans and let them know my kids have been harmed.” 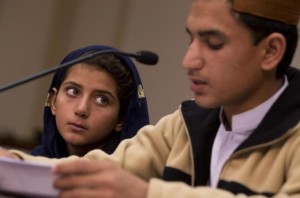 The interpreter welled up while narrating their story, however the legislature made it a point to reprimand this family and overlook the disaster it had brought about to them. Nabila Rehman, a young lady of mere nine years of age with striking hazel eyes, asked a basic question in her affirmation: “What did my grandma do wrong?” There was nobody to answer this inquiry, and few who minded to try and actually listen to her tale. Typical of the utter hatred which the administration holds the individuals it claims to be freeing; while the Rehmans explain their situation, Barack Obama was investing the same time meeting with a weapon manufacturer’s CEO of Lockheed Martin.

It is important to take a notice of the difference between American reactions to Nabila Rehman with that of Malala Yousafzai, a young female who was about killed by the Pakistani Taliban. While Malala was feted by Western media figures, legislators and metro pioneers for her bravery, Nabila Rehman has ended up being ‘just another person’, faceless individuals who have had their lives devastated over the previous decade of American wars. The purpose behind this glaring disparity is self-evident. Since Malala was a casualty of the Taliban, she, irrespective of her protestations, was seen as a potential apparatus of political promulgation to be used by war advocates. She could be utilized as the human face of their exertion, an image of the indicated tolerability of their reason, the kind of young lady in the interest of whom the United States and its associates can say they have been unleashing such inconceivable bloodshed. Evocatively, large portions of the individuals who took up her name and picture as an image of the justness of American military activities in the Muslim world did not by any means mind enough to hear her out own words or emotions about the subject. 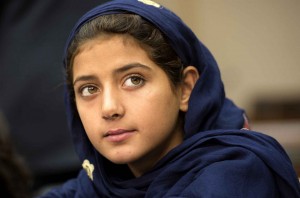 Western obsession and fawning over Malala has ended up in becoming less about her aim to improve the education standards for young girls in Pakistan, or about the battles of a huge number of young girls in Pakistan, but more about our own particular craving to make ourselves feel warm and fuzzy with a big name and a simple message. It is a simple method for letting oneself off the hook. Apparently, the US government has been persuading itself that its matter of good men vs bad men, and that they are on the right side and that everything is fine.

The question is where does Nabila Rehman fit into this picture? In case if extrajudicial killings, drone strikes and torment are all piece of a worthy motivation connected with the liberation of the populace of Pakistan, Afghanistan and somewhere else, where is the sensitivity or even simple acknowledgement for the pulverization this war has brought on to a number of young ladies, for instance, her? The answer is clear: The people to be held responsible for their pain and sufferings in this clash are those who are victimized by the enemy. Malala for her battles was to be made the face of the American war without her own willingness, if essential, while a number of young ladies, for example, Nabila Rehman will keep on being threatened and killed as a part of this war without end. There will be no VIP appearances or grants functions for Nabila Rehman.  No one even tried to attend her testimony. 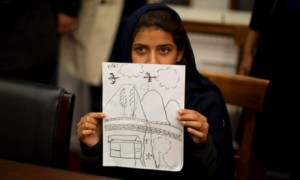 Had they attended, they would have heard a nine year old girl putting forward the questions which thousands of other innocent people in Pakistan who have lost their love ones and had their lives thrown into disorder over the past 10 years have been asking: “They say that are after people who have done wrong to America, why are they touring innocent people, what have I done wrong to them? What wrong did my grandmother do to them? I did nothing wrong.”