Dina Wadia Once Wrote a Note to Quaid-e-Azam and It's so Beautiful that We Can't Control Our Tears!

Quaid-e-Azam Mohammad Ali Jinnah’s only child passed away on 2nd of November, 2017. She was 98 years old. One of the legacies of our idol departed and we have a lot of things to look upon. Reflecting upon the character that made Dina Wadia a great woman and role model, we came across a note she wrote for her father. 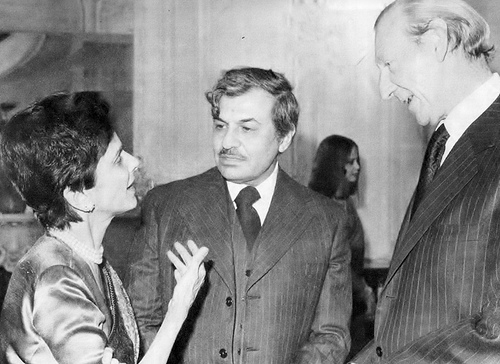 A heartfelt note caught our attention and as we read, it brought tears to our eyes. Read it below as it’s really beautiful:

My father was not a demonstrative man. But he was an affectionate father. My last meeting with him took place in Bombay in 1946. He had come from New Delhi, in the midst of most heavy preoccupations with crucial negotiations. He phoned inviting me and my children to tea. He was very happy to see us — Dina was five and Nusli, two. We mostly talked about the children and politics. He told me that Pakistan was coming. Despite his pressing engagements in New Delhi he had found time to buy presents for us. As we said good-bye, he bent down to hug Nusli. The grey cap, which he wore so often that it now bears his name, caught Nusli’s fancy, and in a moment he had put it on his grandson’s head saying, “Keep it, my boy.” Nusli prizes the cap to this day. I remember the gesture because it was characteristic of his sensibility and consideration for me and my children.

Some of my father’s critics say that he was arrogant. This is incorrect. He was not the hail-fellow-well-met type; he was. like me, a very private person. On matters of principle, be always stood ﬁrm. He was never false to himself or to others in private or public life.

When others say things which are untrue about him I get angry, and angrier still when some writers who had no contact with him feel free to pretend an intimate knowledge and quote me as a source.

They say fantastic things, such as that he ate pork which Muslims never do. They cover with fiction their gaps in knowledge about the human side of my father.

The Muslims of the subcontinent produced many distinguished leaders but none of them was able to give them what he did – a state of their own. The people of Pakistan owe him a unique debt… No Jinnah, no Pakistan. ‘ D.W.

May her soul rest in peace.