Diriliş: Ertuğrul or (“Resurrection: Ertuğrul”) is a Turkish historical story and adventure television series. Mehmet Bozdağ is the creator of the story; Engin Altan Düzyatan has the namesake leading role. Metin Günay has directed the TV series. It has 5 seasons and hundreds of episodes.

The series was filmed in Riva, a village in the Beykoz district of Istanbul, Turkey. It was premiered on TRT 1 on December 10, 2014, in Turkey. Besides, the drama is based on the tale of the Muslim Oghuz Turks. It focuses on the life of Ertuğrul, the father of Osman I – the founder of the Ottoman Empire. 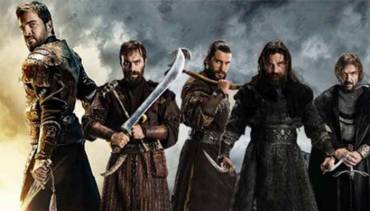 Trying to resolve the crisis, Suleyman Shah sends Ertuğrul on a purpose to discover a new site for the settlement of the nomad group. He particularly sends Ertuğrul and his 3 companions to seek an understanding with the Sultan; an event that initiates the series of events that eventually lead to the establishment of the Ottoman Empire.

In the second season, Mongols captured Ertugrul driven by Baycu Noyan. In the interim, the Kayi Tribe managed by Hayme Ana seeks shelter with the Dodurga, driven by Korkut Bey, sibling of Hayme Ana. ‘ The escape of Ertugrul from the Mongols and ensuing return to his tribe builds internal conflict between him and his cousin Tugtekin, the leader alp of the Dodurga.

Meantime, Aytolun (Hayme Ana’s sister in law – Korkut Bey’s other wife), schemes behind his back to support her sibling Gumustekin become the margrave with the aid of Emir Sadettin Kopek. Later Abdurrahman Alp murders her. In addition, the stress is additionally increased with the appearance of Sungurtekin, Ertugrul’s long-missing brother.

After beating Gumustekin and Noyan, the tribe is divided between joining Ertugrul on the Western border of Anatolia or lingering with Gundogdu and Sungurtekin. In conclusion, Ertugrul, his sibling Dundar, Halime Sultan, and Hayme Ana, coupled with 400 other people travel to the western end of Anatolia. They left behind the other Kayi Tribes while going to the west of Anatolia.

In the 3rd season, Ertugrul copes with the Cavdar tribe, the most strong tribe in the western area of Anatolia. Directed by Candar Bey and his children Ural, Aslihan, and Aliyar, the Cavdars are highly proficient at trading. However, Ural is insidious and yearns his father’s beylik, and does anything to accomplish this.

After Ertugrul’s victory of the Hanli Bazar, Ural Bey is convicted to death for his part in damaging property, annihilating Ertugrul’s Alps, and executing the Tekfur of Karacahisar. With the aid of Emir Sadettin Kopek, Ural is released and asks help from Vasiliyus the new leader of Karacahisar, who strives for a bloody war with the Turks.

Ertugrul ties together with Aliyar Bey to conquer Ural and Vasiliyus, however, Aliyar Bey departs on the way. Savci, Etugrul’s son is born and Bamsi weds Helena who later converts to Islam and replaces her name from Helena to Hafsa Hatun. Moreover, to increase his relations with the Cavdars, Ertugrul asks Turgut to marry Aslihan, who agrees. Sultan Alaeddin gives Ertugrul the title of Uc Bey, which annoys Kopek who swears to destroy Ertugrul.

In the 4th season, the Kayilar grieve Ertugrul’s death. Aslihan copes with the advent of Bahadir Bey, her uncle who yearns her beylik. In the interim time, actually Ertugrul alive and a slave trader captured him. Dundar appointed as the bey of the Kayilar and attempts to sell Hanli Bazar and get back to Gundogdu’s tribe, however, is prevented by the presence of Ertugrul.

Ertugrul expatriates Dundar and claim back Hanli Bazar and proclaims war on the Byzantines following his son Gunduz is captured by Ares. Following Bahadir Bey’s betrayal, Ertugrul beheads him and captures Karacahisar.  Furthermore, the triumph of Karacahisar begins to Ertugrul executing a move against Kopek, whose dishonesty endangers the Seljuk state.

After a missed trap, Ertugrul catches Ares and vows to set him free if he admits to the Sultan about Kopek’s crimes. Besides, the scheme almost works, nevertheless, Kopek is protected by the Sultan’s wife Mahperi Hatun, who attempts to make her son Giyaseddin the Sultan. Kopek is expatriated and sends his guys after Ares, who is protected under Ertugrul.

Ares switches to Islam and becomes Ahmet, and works as a spy for Ertugrul. Kopek wrongs this assault and the Sultan demands a meeting with Ertugrul, who reveals everything to him… Nevertheless, Kopek poisoned the Sultan, who dies in the hands of Ertugrul. Giyaseddin appointed as the new Sultan and cages Ertugrul until Ibn Arabi saves him. 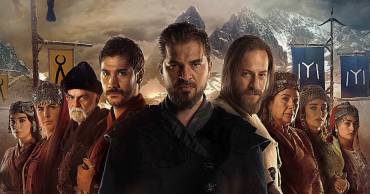 After 10 years of the Battle of Kose Dag, the fifth season takes place. The advent of the new tax authorities, the Umurogullari, upsets the stability of Sogut. Umur Bey’s daughter, Ilbilge Hatun, intrudes on the Kayi tribe to gain knowledge on Ertugrul and befalls in love with him. Meantime, Commander Dragos, a downtrodden Byzantine warrior attempts to capture Sogut.

Furthermore, he kills Umur Bey and double-crosses Gunduz Alp, pitting 2 clans against each other. After Gunduz’s release following the truth about Dragos is revealed, Beybolat Bey appears. And, the saga goes on.

Earlier, the Special Assistant to the Prime Minister established that Ertugrul will be broadcast on PTV. On the PM’s directions, the series started from the 1st of Ramadan. The show comes on the air daily at 7.50 pm, 12midnight, and at 12 noon.

Finally Ertugrul @DirilisDizisi in Urdu kicks off – Daily at 7.50pm,12midnight & 12Noon on @PTVHomeOfficial
Actors & Characterization are seamless-storyline & plots r intriguing w/ superb mix of soundtracks.Hats off to TRT for such a grt attention to detail work #ErtgrulUrduPTV pic.twitter.com/SjwaBqH523

As the series exhibits the glorious past of Islam, Prime Minister Imran Khan also recommended it for youth to watch. Turkey and Pakistan share certain values. Turkish has a huge contribution to the national language of Pakistan ‘Urdu’. Even the word Urdu itself comes from the Turkish language.

Hence, owing to shared religion and a few shared values, the Ertugrul is a great series to watch, which depicts the sublime past of Muslims.

Young Doctor In Sindh Commits Suicide Fearing He Will Contract Coronavirus
This Is Not How Muslims Pray! ‘911: Lone Star’ Wrongly Depicts Namaz In A Scene
To Top