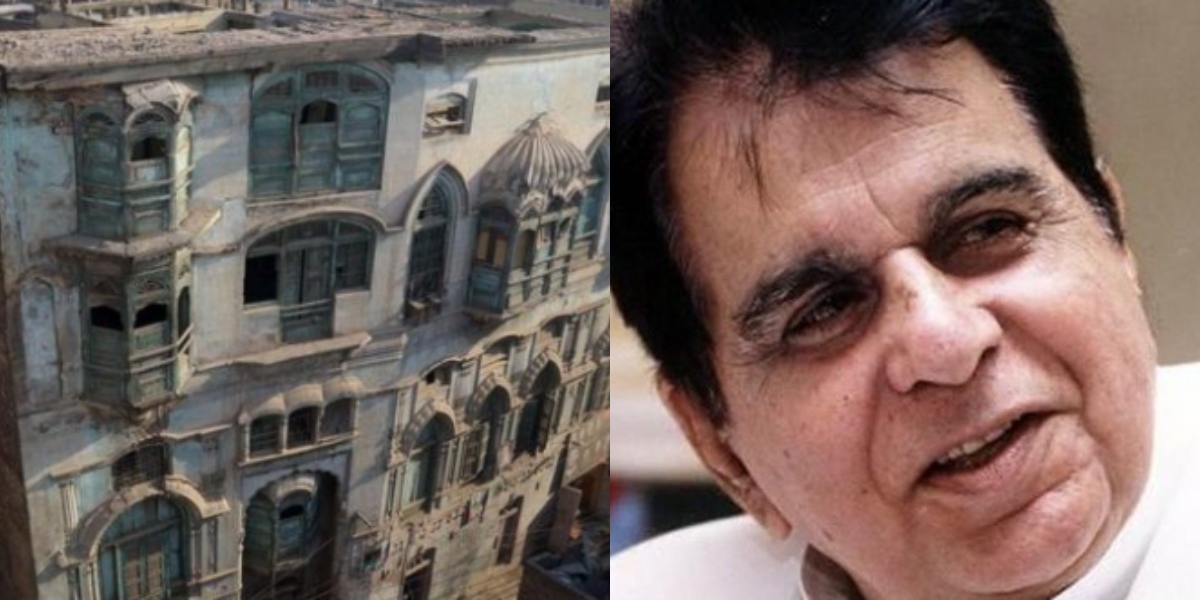 The actor took to the social media platform of Twitter. He expressed his gratitude to Pakistan in a tweet by referring to the recent decision of the KP government to purchase his as well as Raj Kapoor’s ancestral home and turn it into a museum.

The actor wrote about the nostalgia he felt after watching all these old pictures. Dilip said that the thought of the house brought back fond memories of his happy days in Peshawar. He said he had some amazing memories of Qissa Khwani Bazaar.

He said: “I am at once full of fond remembrances of my parents, grandparents and numerous uncles, aunts and cousins who filled the house with the sounds of their chatter and hearty laughter. My mother who was frail and delicate was always in the spacious kitchen of the house and as a little boy I would wait for her to finish her chores so that I could just sit by her side and gaze at her beautiful face.”

It was in that area where he received his first lessons in storytelling. This later provided him with a strong foundation to choose meaningful and thought provoking stories for his films. Dilip Kumar is now happy and thanked Pakistan for restoring his home.

Earlier this week, the government of Pakistan’s Khyber-Pakhtunkhwa (KP) region announced to restore the ancestral houses of the aforementioned Bollywood actors. The provincial government wanted to conserve the historic buildings as a national heritage.

Raj Kapoor’s ancestral home, known as Kapoor Haveli, is also in the Qissa Khwani Bazar. The legendary actor’s grandfather Dewan Basheswarnath Kapoor built the house between 1918 and 1922. Raj Kapoor and his uncle Trilok Kapoor were born in the building. The provincial government of KP recently declared it as national heritage.

The Kapoor family returned to Peshawar often. However, they sold the house some years before Pakistan was partitioned from India in 1947, says Shakeel Waheedullah, head of the Cultural Heritage Council of Peshawar. The group has been fighting for years to protect the buildings.

He says the house has changed hands on a number of occasions, and even came close to being demolished by the current owner, a jeweller who wanted to build a shopping mall in its place. It was saved when the heritage group intervened. In 1990, Raj Kapoor’s sons – Rishi and Randhir also visited the house.

In 2018, the KP government decided to convert the Kapoor Haveli into a museum. This was after when a request was made before the demise of Rishi Kapoor. However, the announcement to this effect could not be materialized after a lapse of around two years.

The buildings are in dilapidated condition. They are now facing demolition threat. The owner of Kapoor Haveli, Ali Qadar, said that he did not want to demolish the building and made many contacts with the archaeology department officials to protect and preserve this historic structure which is a national pride.

The owner has demanded Rs 200 crore from the KP government to sell it out to the government. The Department of Archaeology in the KP province has decided to allocate funds for purchasing the two buildings. They are located in the heart of Peshawar city.