Apparently, its nothing new for the world to see some illogical theories coming out of naive India. Time to time, India’s never-ending heartful love for the herbivore ‘cow’ is seen beating on the digital platforms. As the Indian Bharatiya Janata Party (BJP) government has nothing but filth filled within, recently, West Bengal’s Chief stated that Indian cows contain gold in their milk which makes it ‘yellow’.

However, this isn’t the only time such ‘life-saving’ revelations have come out of Pakistan’s rival neighbor. Earlier this year, India decided to produce drugs from cow urine and dung for high intellect, which the country actually lacks. Well, on Monday, West Bengal’s BJP Chief has finally saved the planet by telling that Indian cows milk is ‘yellow’ because it has gold in it. Woah! 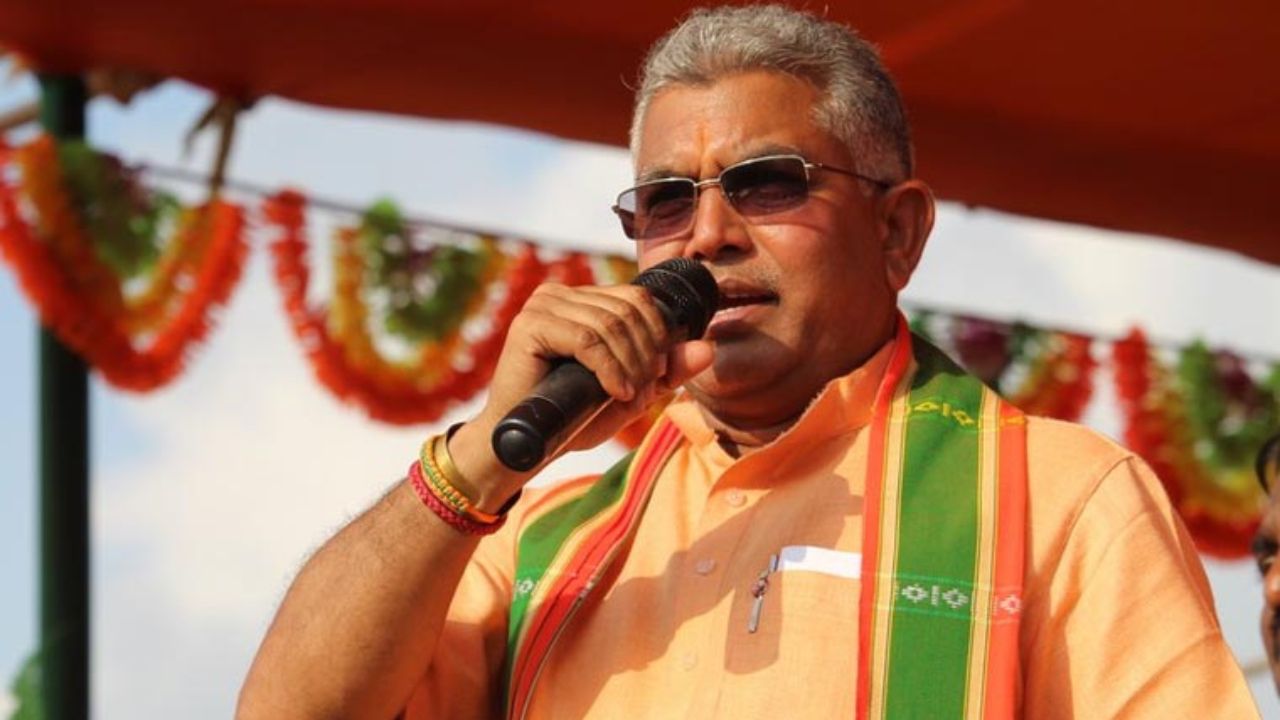 That’s not the only information he provided but, there’s more to this resolving theories episode. Dilip Ghosh further asked the intellectuals who eat beef that why don’t they eat dog meat too? Apparently, he wanted people who eat beef to consume dog meat as well as it will also not affect their health. According to Ghosh, meat is meat no matter where’s it coming from.

In his ‘meaty’ event, Ghosh said, “Few intellectuals eat beef on roads, I tell them to eat dog meat too, their health will be fine whichever animal they eat, but why on roads? Eat at your home.” Targeting the beef consuming class, he said that they feel proud in picking up foreign dog’s excreta and eating cow meat in open, but not at home.

“Cow is our mother!”

Cow holds a religiously important place in Hinduism as it resembles one of its worshipping God(s). India being a Hindu state has a sacred place for cow and even calls it their ‘mother.’ Similarly, the BJP Chief also quoted the same ‘mother’ phrase and asked those who eat beef openly should eat any animal’s meat they want but at their personal residence. 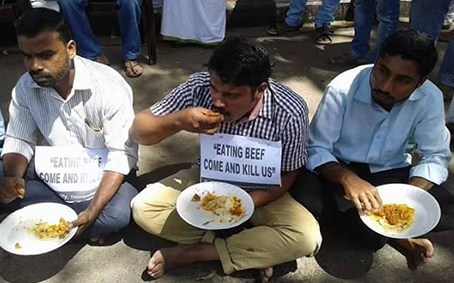 Further, he said, “Cow is our mother, we stay alive by consuming cow milk, so if anyone misbehaves with my mother, I will treat them the way they should be treated. On the holy soil of India killing cows and consuming beef is a crime.” Moreover, he called consuming beef a maha ‘aparadh’ which means ‘grave sin.’

The theory behind the golden color of cow’s milk!

After showing his respect and sacred bond with his mother ‘cow’, he then went on ‘purifying‘ his special connection. Further, he explained the reason behind the ‘golden color’ of cow milk. As per Dilip Ghosh’s intellect, the cow’s milk being golden is because it contains gold in it and that ONLY the desi (Indian) cows are their mother, not the videshi (foreign) ones. 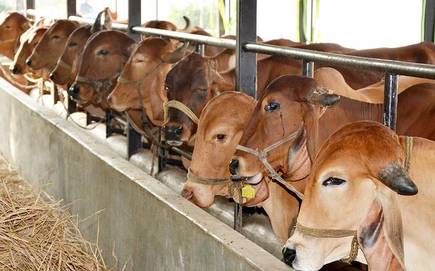 Comparing the failed marriages of mix raced couples with the ‘mother’ concept, he added, “There are people who brought videshi (foreign) wives and they are now in trouble.” Particularly, it’s not only Ghosh but nearly the whole of India who is good at believing in misconceptions. Previously, the country was ready to prevent nuclear radiations with the help of cow dung and the world felt stupid.

Have any advice for brain-less India? Write out in the comments section below!

PM Imran Khan Accepts All Demands Of JUI-F Except His Resignation!
PM Khan To Inaugurate Kartarpur Corridor On Guru Nanak’s Birthday
To Top