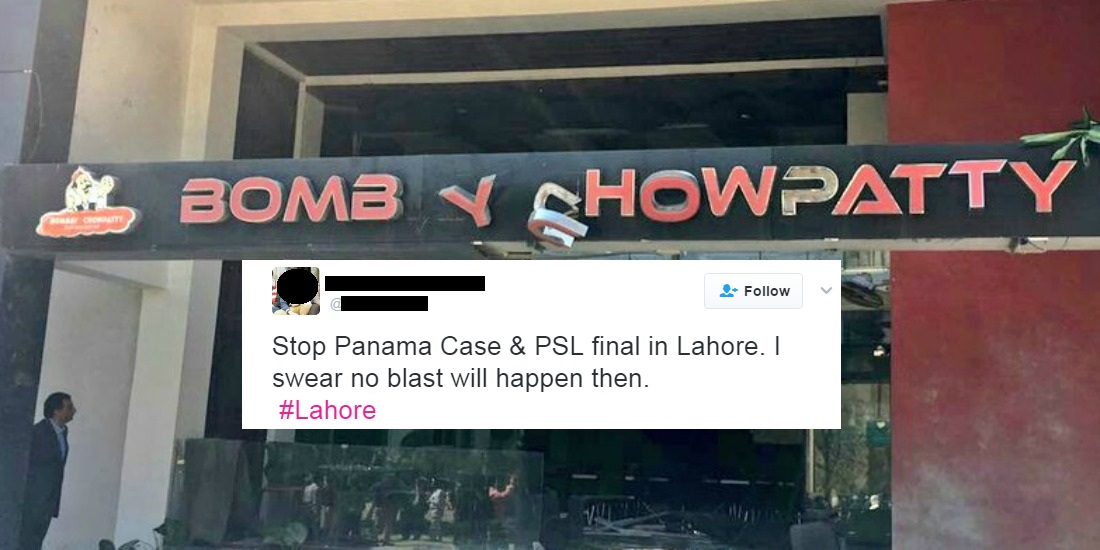 In another tragic incident, almost 7 people lost their precious lives in the recent blast that happened inside a building at Z Block, Defence, Lahore. Only a day after the Pakistan Army launched Operation Radd-ul-Fasaad, the tragic blast has sent another wave of terror across the country. Regarding the blast, Pakistanis are coming up with all sorts of different conspiracy theories.

1. The blast happened to divert attention away from the Panama Case

Some people think that the blast was a planted charade to divert attention away from Panama Leaks case. The case has concluded and a decision is pending with the Supreme Court. The idea might be far-fetched, but there are other people who agree with this particular theory, especially supporters of PTI and Imran Khan.

2. The tragic incident happened so Pakistan cannot hold the PSL final in Lahore

The most popular conspiracy theory is that different powers who are against Pakistan do not want cricket to return to the country. Ever since PCB stated that the PSL-2 final will be played in Lahore, the wave of terrorism started, further backing this claim. People think that Lahore has been targeted twice because it is the desired location for the PSL-2 Final.

3. Afghanistan and India are retaliating against Pakistan more swiftly

Ideally, this conspiracy theory makes more sense than the rest. However, people with sane opinions do further add that even if India and Afghanistan are trying to destabilize Pakistan, it is our LEAs (law enforcing agencies’) responsibility to main peace in the country. Our leniency is used to their advantage.

4. The blast is an instant reply to Army’s Operation Radd-ul-Fasaad

5. The blast was a generator blast, not an act of terrorism

And then there are people who are blaming the blast on Lahore Electricity Supplying Corporation (LESCO). According to them, the blast occurred due to a spark in the generator after there was unannounced load-shedding at Defence’s Z Block.

What do you think? Which theory fits the incident best? Although it doesn’t really matter because nothing can make up for the lives lost in the painful tragedy. Let us hope no more blood is shed on our soil.

This Guy’s Idea For A Movie Based On Current Events Of Pakistan Is The Most Interesting Thing You’ll Read Today!
The Way People Are Reacting To The Newest WhatsApp Update Is Beyond Hilarious!
To Top