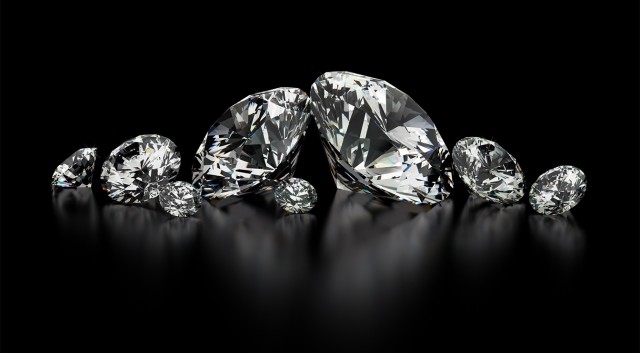 Whenever you think of world hardest known object you think of diamonds well actually that is not true. Scientist Jay Narayan from North Carolina State University have discovered a allotrophic form of carbon unknown as Q-carbon which according to him the hardest object than diamond. It has some uncommon properties. Q-carbon is ferromagnetic which is actually harder than diamond and glows when it is exposed to energy, it is also optical and electrically conductive. These properties of Q-carbon makes it different from graphite and diamond.

A substance is coated in a layer of carbon and then it is hit for about 200 nanosecond with a single laser pulse this heats it up for 4000 kelvin
(3,726 °C; 6,740 °F), then it is rapidly cooled down. It is in crystal form and come into a foam of Q-carbon, this all done at room temperature and ambient atmosphere – we’re basically using a laser like the ones used for laser eye surgery.

So not only does this allow us to develop new applications, but the process itself is relatively inexpensive. If a cheap, large-scale method of production is found, the unusual properties of Q-carbon could make it a phenomenal material to be used in the tech industry. Beyond being hard and durable, the material’s response to magnetic and light impulses is very promising in the development of new electronic items

11 Times Aamir Liaquat Shocked Everyone With His Multi-talented-ness!
Lights, Camera, Chocolate- The Hottest Party In Karachi Is Just About To Fire Off!
To Top