After being surrounded by major criticism and humiliating comments since the start of this year’s Cricket World Cup, Sarfraz Ahmed lead Pakistan Cricket Team finally managed to regain its respect among the masses. In a nail-biting battle with South Africa yesterday, the Shaheens of the country outcasted the South Africans by 49 runs and the Pakistani awaam couldn’t be more proud of them.

Specifically, among the celebrated area, another happening from the match that caught everyone’s attention was the unexpected presence of Pakistan’s favorite army brat Director General (DG) Inter-Services Public Relations (ISPR) Major General Asif Ghafoor along with Pakistan Army’s Chief of Army Staff (COAS) General Qamar Jawed Bajwa. Both the personalities were spotted supporting the greens and enjoying the clash in London. 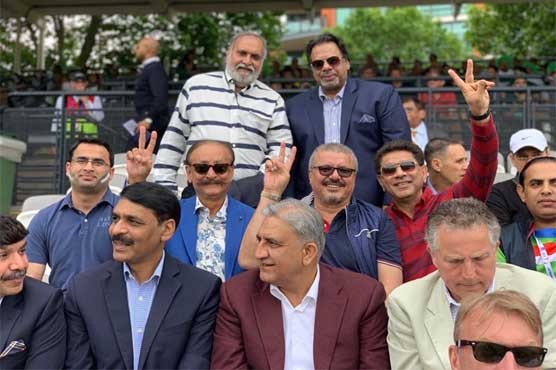 Well, everyone knows that the world can’t digest if something happens in favor of Pakistan. As Pakistan’s army minds were seen having a good time, the pictures stirred a huge debate on social media and the flow of negative comments poured in. People started assuming that the national team won because they were present in the ground and they left the country alone for a match.

Even some famous names also jumped in the hate pool but our DG ISPR sure knows how to give a shut up call to them. A known Pakistani politician and a bonafide member of Awami National Party (ANP) Bushra Gohar tried to throw some dirt on the matter but faced a massive backlash by Major General Asif Ghafoor. Gohar’s response actually displayed her ignorant attitude towards the Pakistan Army.

This is what Bushra Gohar tweeted on her official Twitter handle and check out DG ISPR’s response to it!

My very humble request to @BushraGohar is to please avoid tweeting while being in front of mirror or using wrong glasses. Enjoy the good performance & match victory of Pakistan, belongs to all of us. Try make it for next match & support the team. Can be my personal guest. pic.twitter.com/5RjinxSonY

In reply, Asif Ghafoor asked the politician to at least use the right glasses before tweeting anything and instead of criticizing, try to appreciate the team’s efforts. He even asked her to be his gust for the next Pakistan’s match. Woah! Well, DG ISPR just trolled the politician with some wit and gathered wide praise by the Pakistani awaam.

Hopes are high for Pakistan Cricket Team’s next battle.

Have something to add to the story? Write to us in the comments below!

Parey Hut Love Trailer Released – The Pakistani Love Story Is Here
8 Reasons Why You Need To Give Up On Your ‘Thaka’ Hua Old Phone And Buy A New One!
To Top