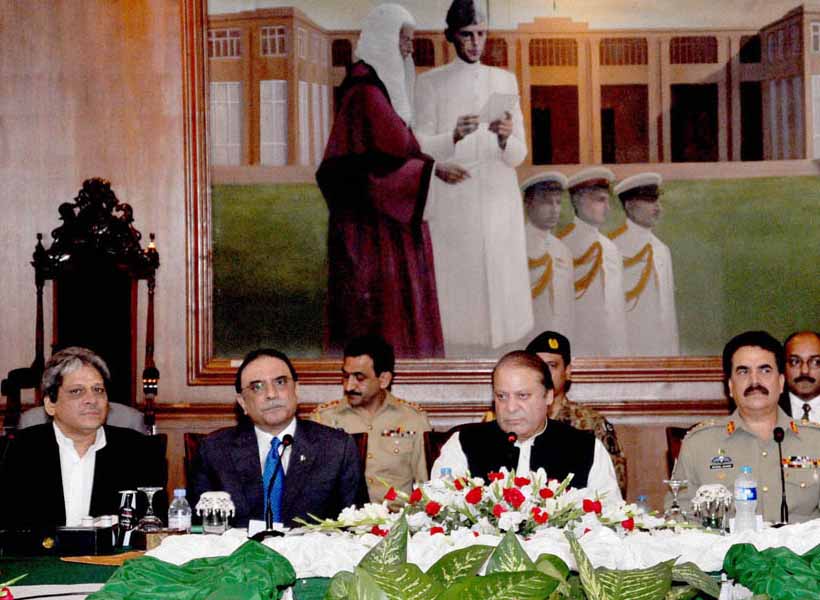 During his one-day visit to the metropolitan city, PM Nawaz headed a high-level meeting at the Governor House. The DG Rangers briefed him about the Karachi operation and the law and order situation in the city.

Expressing fears of backlash in major cities because of the Zarb-e-Azb operation, the premier emphasised that the law enforcement agencies should ensure security situation remains under control.

The prime minister also supervised another important meeting at the Governor House regarding development projects especially mega-projects in Karachi.

The Sindh chief secretary briefed PM Nawaz about the delay in Karachi Circular Railway (KCR) project and said the biggest hurdle was encroachment in the right of way. He informed the premier that Sindh government needs massive funding to clear the area and relocate the encroachers.

OMG!!! Lion Attacks Woman and Eats Her!!
Pakistan Suffers Because of A Pakistani. The Unknown Dead Space by Ehsan Ejaz!
To Top