DG ISPR Knocks India Out Over Not Appearing To Support Its Claims!

India does not seem to be great at learning from their past mistakes. On previous occasions, their false claims and allegations regarding Pakistan were foiled with facts, figures and even footages. However, the country is adamant about being humiliated again on a global scale.

Previously, their several attempts at toying with Pakistan’s airspace and the country’s reputation as a peaceful nation didn’t bear great results. But, the resilient Indian authorities and forces didn’t let multiple embarrassments and defeats bog them down.

India comes forth with a new claim; this time it’s the ‘terror camps’ in Azad Kashmir they destroyed

Verbal claims don’t go far, proofs do; like Pakistan Army, that has time and time again slammed India with evidence. Now, they decide to irk Pakistan again by trying to malign its image as terrorists again; the Bollywood syndrome, as DG ISPR placed it. The Spokesperson of Pakistan Armed Forces owned Indians online on several occasions.

He is definitely not to be taken lightly as once again to show the falsification of these bogus claims, Major Gen Asif Ghafoor, the media wing along with the Foreign Office invited Indian High Commission and other foreign diplomats to come and inspect the ‘targetted’ lands along the LoC themselves.

Lo and behold, the diplomatic corps made it to the beautiful Kashmir except for India; Delhi was a no-show. Looks like they didn’t want to be exposed to this extent than they already are. 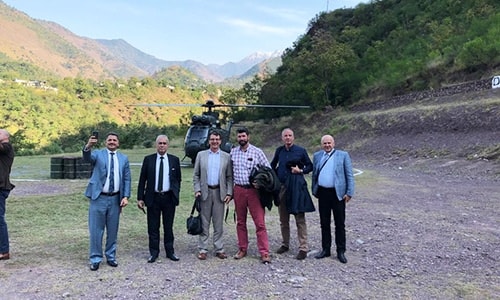 The Indian High Commission knew the false claims of their ‘esteemed’ Indian Army and decided to back off. Of course, DG ISPR made sure for the world to know what India really stands for; hypocrisy and propaganda.

DG ISPR slams India over absence at the LoC.

If the Indian Army was indeed true and there was the existence of these so-called terror camps then the Indian High Commission had no reason for not coming. Asif Ghafoor tweeted this Tuesday, exposing India.

Transparency of information shows how honest a nation is and with India shutting down an entire Muslim majority valley including the blockage of information from Indian-occupied Kashmir speaks volumes of how true Indian claims, allegations, and verbal-facts are.

Nonetheless, DG ISPR, Pakistan’s armed forces including the incumbent government will continuously do their part in foiling all propagandas against Pakistan. Besides, India should learn the famous rule of once bitten, twice shy. It’ll be good for them.

How good was ISPR’s challenge? Let us know in the comment section below!