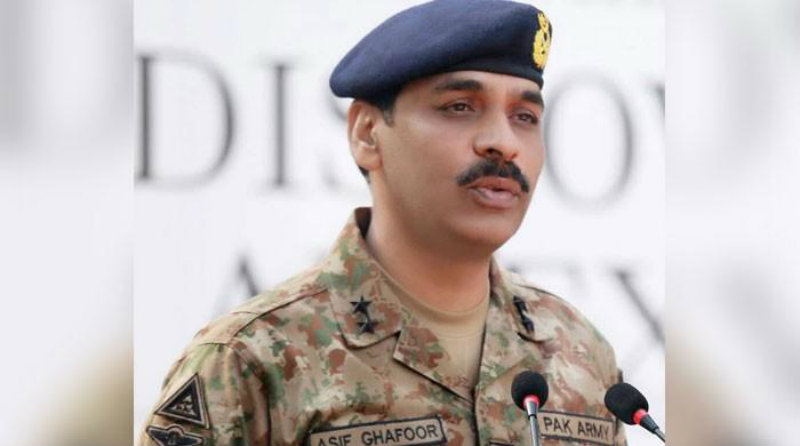 Another day, another battle of words between India and Pakistan.

After the tweet made by Prime Minister Imran Khan on how his invitation was denied by the Indian Prime Minister Modi, things have been pretty tense between the arch rivals. With Indian army threatening to attack the Pakistani land to snarky comments, it is like a verbal battlefield these days.

While the Indian army made it pretty clear that they won’t show any remorse towards Pakistan, our army continues to show how they are not afraid of anyone either.

From the locals to the army officials and yes, the DG ISPR as well, everyone commented on how Pakistan won’t back out and isn’t afraid.

And while proving this, DG ISPR did something which seems pretty hilarious to many.

In A Tweet he Posted, DG ISPR Asif Ghafoor, While Talking About India, Wrote #NoIssueLyLoTissue

Now Pakistanis Believe Using this Hashtag #NoIssueLyLoTissue Is Extremely Unfunny and Unprofessional, Coming From a Man Designated at Such a Rank

Did he just say #NoIssueLyLoTissue?!

Please bring back Asim Bajwa! The man was a genius! Handled PR and propaganda like a true pro. This one's turned ISPR into a middle school circlejerk. https://t.co/M1zNw8iPKF

People Were Drawing Comparisons Because of the ‘Over-Confidence’

#NoIssueLyLoTissue
Countries do Successful Launch of Missiles Whereas India is the only country that Successfully grounded the rocket. pic.twitter.com/YjAnXvbiDu

Okay so given how the DG ISPR made the tweet from his personal account, let’s say we shouldn’t be this critical, you know?

People In Toronto Hear The Azaan For The First Time And Their Reactions Are Priceless!
Easypaisa Has Launched Its QR University Drive And It Is Amazing!
To Top