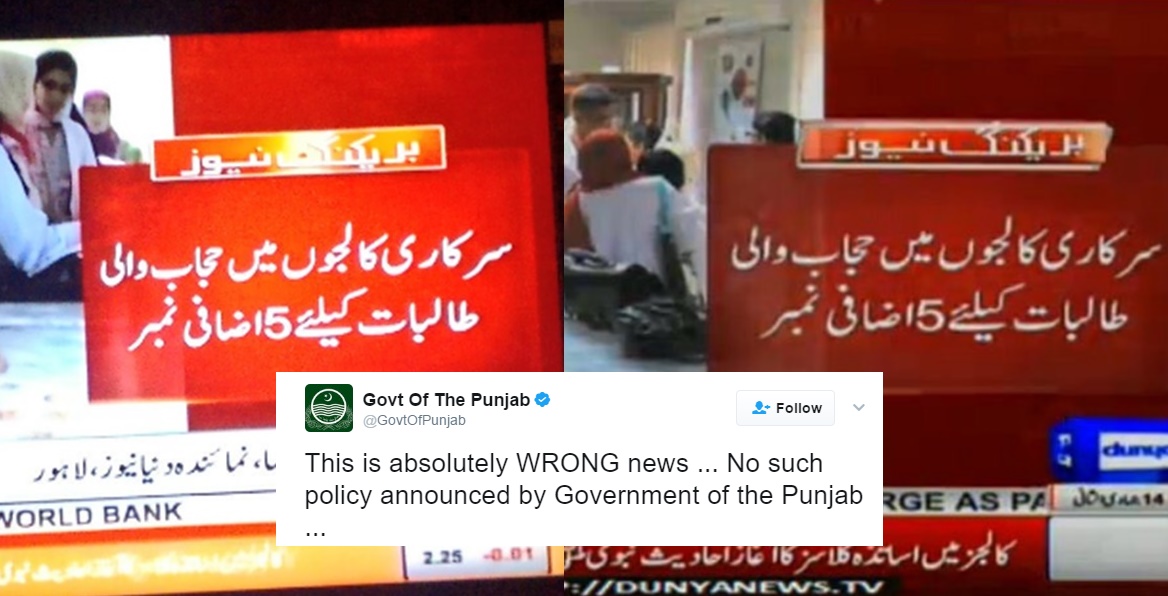 Each day, we are hearing news that have no association with the reality. Our media outlets, in the urge of hitting heights of viewership are often seen releasing news without any verification. One of such news  was released today by all leading media outlets in Pakistan.

According to a number of news channels, Raza Ali Gillani, the Punjab Higher Education Minister announced that females of government colleges who cover their heads with Hijab will be awarded 5 extra marks.

This Notice Was Released

Please tell me its a very bad joke… https://t.co/ZL1T79JKzr

Will @GovtOfPunjab deduct 5 marks from female students not wearing one? Hijab is a matter of personal choice. Not a matter of government. pic.twitter.com/Mv6pHwQDwR

And It Was False!

Such an ideal speech by the PM regarding religious equality and harmony and tolerance.. Plz let this hijab news be false

…. and what will the boys do? What will students of a different religion do? Why does wearing a Hijab impact grades/marks ?! https://t.co/kgxlPveRpG

While the speculations and allegations kept increasing, Punjab Government denied the news by making the following tweet:

This is absolutely WRONG news … No such policy announced by Government of the Punjab … https://t.co/a0fnrwg9Db

Given how the government has denied the news, here’s to hoping all media outlets verify before causing such outburst in our country.