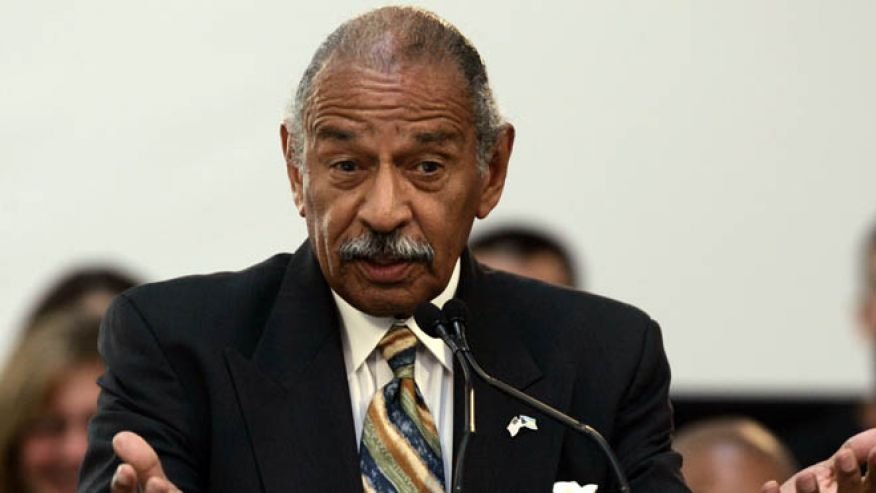 Democrats suffered a double blow after their choice candidate in a Florida House race suddenly dropped out and longtime Michigan Rep. John Conyers apparently failed to qualify for the primary ballot in his state.

Republicans, looking to defend their majority in the House this fall, seized on the developments as a sign that Democrats are in “disarray” in the mid-terms.

“Whether it’s this situation [in Michigan], or Democrats finding out today they have no candidate in the Florida 13 competitive seat, House Democrats are watching any remaining hopes of making Nancy Pelosi Speaker of the House again evaporate before their eyes,” said Daniel Scarpinato, spokesman with the National Republican Congressional Committee.

In Michigan, Conyers is expected to appeal the decision after Wayne County Clerk Kathy Garrett said the Democratic congressman didn’t get enough signatures to appear on the Aug. 5 primary ballot. He could still run as a write-in candidate, and the Democratic Congressional Campaign Committee voiced confidence that Conyers will ultimately win re-election.

But in Florida, the party for the moment appears to be left without a candidate after Ed Jany, an independent running with Democratic support against Republican Rep. David Jolly, dropped out.

The decision by the Marine and former police officer comes days after The Tampa Bay Times published a story questioning whether he padded his education credentials on his resume.

In a statement, Jany made no reference to that report, and cited difficulty balancing the campaign with professional work he was doing in Brazil.

“In my professional capacity, I am responsible for coordinating some of the Command and Control for Security at the World Cup in Brazil this year, something I committed to doing some time ago,” he said in a statement, according to The Tampa Bay Times. “I wrongly assumed that I could maintain my professional work requirements while running for office, just as I was able to work full-time as a police officer while pursuing a full-time education and balancing my military service in the past.”

DCCC Executive Director Kelly Ward issued a brief statement on the decision. “We respect and appreciate Ed Jany’s ongoing efforts to continue serving his country and wish him the best in his future endeavors,” Ward said.

But the development undoubtedly stings for Democrats, whose candidate Alex Sink narrowly lost to Jolly in a special election in March for the Tampa-area House seat. They have another chance to win the seat in the fall, but it’s unclear whether the party will rally behind a new candidate.

The NRCC described the latest development as an “epic failure.”

Each party has about two-dozen House seats in play this year, according to political analysts. That makes for an uphill battle for Democrats to close the GOP’s 34-seat majority.

In Michigan, Conyers’ situation is not unprecedented. In 2012, another Michigan congressman, Republican Thad McCotter of suburban Detroit, didn’t make the ballot because a staff member turned in phony signatures or ones from old petitions.

Conyers was at risk because officials believe several people who signed his petitions do not appear to have been registered voters or had registered too late.

Federal court actions, meanwhile, are taking aim at the requirement that petition collectors be registered voters. The ACLU has filed suit to change state law.

Conyers’ opponent in the primary, the Rev. Horace Sheffield III, said Garrett should be commended for her stand.

“I appreciate it — with knowing the relationship and respect she has for the congressman,” Sheffield told The Associated Press on Tuesday evening. “I also respect that she did what the law called for her to do.”

Sheffield, 59, said his campaign manager, Richard Jones, filed the challenge after learning that at least two people hired to get signatures for Conyers were not registered at the time to vote in Wayne County.

Conyers was elected to the U.S. House in 1964 after winning the Democratic primary by 108 votes.

Since then, he routinely has won re-election — often with more than 80 percent of the vote — and became the senior member of the Congressional Black Caucus, which he helped found.

His closest call came in the 2010 general election. That year Conyers received 77 percent of the vote. It came at a time Republicans swept offices across the state, including Rick Snyder’s election as governor. The election also came just two months after Conyers’ wife reported to prison to begin a three-year sentence for corruption.

14-year-old gangraped by four including brother and uncle in Nashik
I Hate GEO TV! – By Ifra Zakaullah
To Top