At least 53 people were killed and some 300 injured in the worst outbreak of communal violence in India’s capital. The Delhi violence is the outcome of a campaign of incitement led by Indian Prime Minister Modi against opponents of the Citizenship Amendment Act (CAA).

According to a recent report published in The New York Times, a Muslim narrated an incident where he was beaten by Delhi police. He said they were fearless and said that nothing will happen to them even if they kill him.

Kaushar Ali, a house painter, was trying to get home when he ran into a battle. Hindu and Muslim mobs were hurling rocks at each other, blocking a street he needed to cross to get to his children. Ali, who is a Muslim said that he turned to some police officers for help which was his biggest mistake.

The officers threw him onto the ground and cracked him on the head. They started beating him and several other Muslims. As the men lay bleeding, begging for mercy the officers laughed, jabbed them with their sticks and made them sing the Indian national anthem.

“The police were toying with us,” Ali said. He recalled them saying, “Even if we kill you, nothing will happen to us.”

The report also claimed that Modi has presided over a raft of policies widely seen as anti-Muslim, such as erasing the statehood of what had been India’s only Muslim-majority state, Jammu and Kashmir. 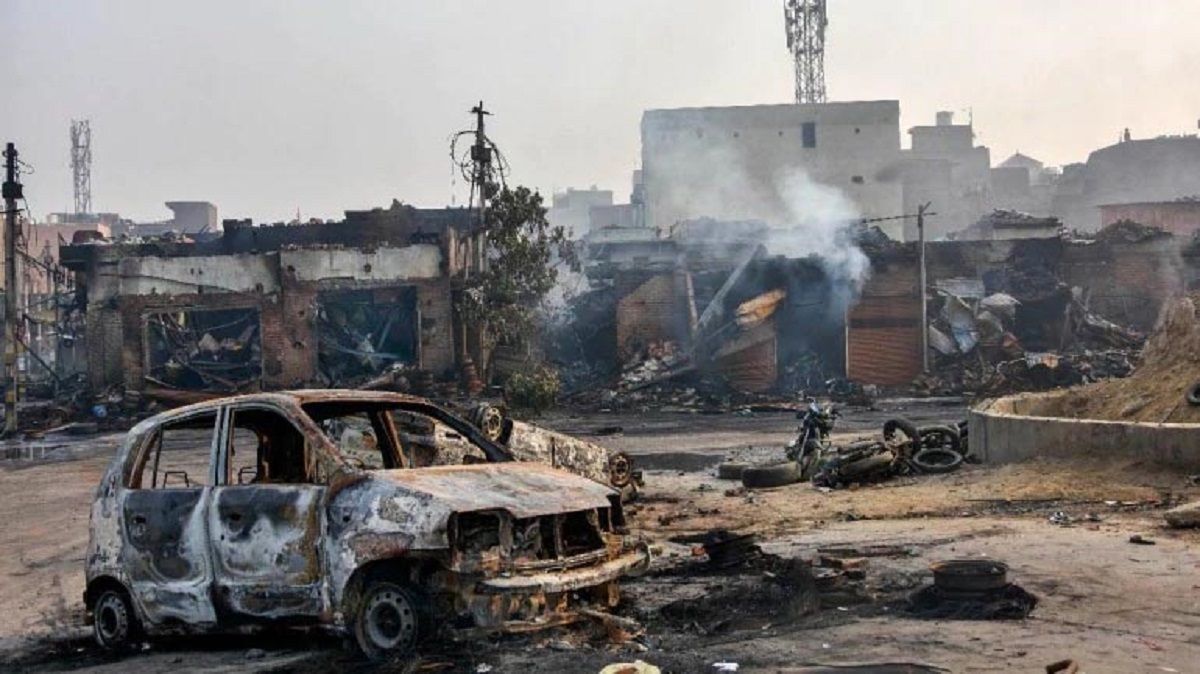 Now, more evidence is emerging that the Delhi police, who are under the direct command of Modi’s government concertedly move against Muslims. And, at times they actively helped the Hindu mobs that rampaged in New Delhi in late February. They are burning down Muslim homes and targeting Muslim families.

The anti-Muslim violence that erupted in northeast Delhi was triggered by a speech from BJP leader Kapil Mishra threatening violence against anti-CAA protesters. Subsequently, Hindu communalist mobs took the offensive, attacking Muslims and torching and looting Muslim homes and businesses. Meanwhile, the police, in the region of India where there is the densest concentration of security forces conspicuously stood down.

In another incident, a Muslim labourer said that a mob start beating him for no reason after asking his name. “They first asked my name to find out if I was a Hindu or a Muslim,” he told CBS News. As soon as he said his name, he says they started hitting him with sticks and iron rods.

Also read: Protests Erupt In US, European Cities Against Anti-Muslim Violence In Delhi

“I tried to reason with them but they didn’t listen. They laughed while some of them ate the fruits I was carrying home for children.”

More than 5,000 Muslims find themselves living in at least three makeshift camps. The clusters of tents are overcrowded and lacking some basic amenities for sanitation and hygiene. It is a dangerous situation amid a global coronavirus outbreak.

61-Year-Old Man Becomes The First Pakistani To Die From Coronavirus!
China Might Relocate Several Industries To Pakistan Amid Coronavirus!
To Top